Assisted living occupancy fell to its lowest in eight years, despite record absorption, according to NIC’s 2017 second quarter report. San Jose had the highest occupancy, while Detroit recorded the biggest rent growth. 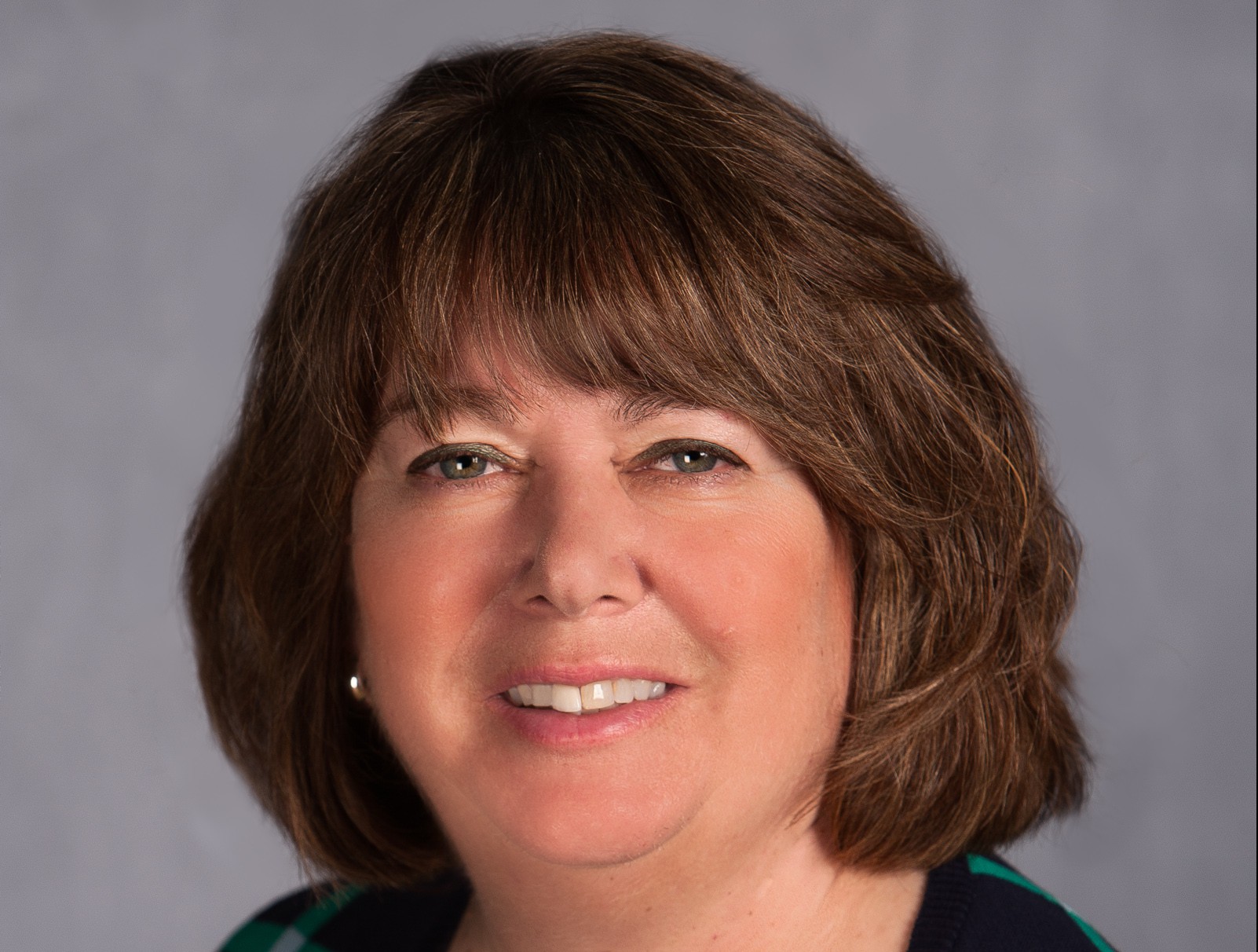 Demand for senior housing will more than double between now and 2040, according to the U.S. Census Bureau, and investors have taken note. Inventory growth and absorption are at their highest level since the National Investment Center for Seniors Housing and Care began reporting the data in 2006, according to a second-quarter 2017 report from NIC.

Annual inventory growth was at 3.9 percent in the second quarter, up 0.5 percent from the prior quarter, while annual absorption was 3 percent, up 0.2 percent point from the first quarter of 2017. However, occupancy rates for assisted living reached their lowest point in eight years.

“Annual growth in inventory was high for both assisted living and independent living properties”, said Beth Burnham Mace, chief economist for NIC, in prepared remarks. “It reflects the strong level of starts that we saw in 2015. It often takes six to eight quarters for a project to move from groundbreaking to completion, so activity that was started in 2015 is showing up now in inventory growth. Starts have been trending lower since 2015, so we should see some slowdown in completions in the coming quarters.” 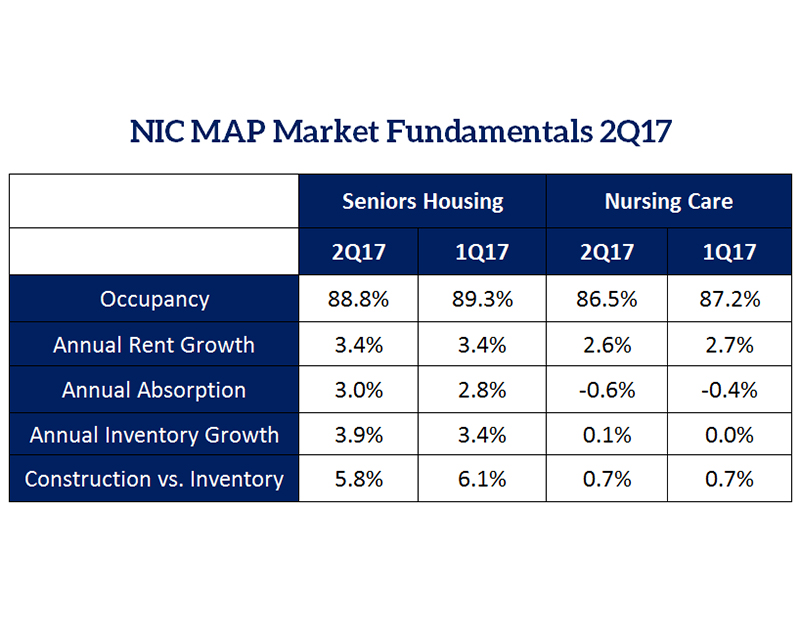 However, the spike in supply outpaced absorption, leading to a decline in occupancy rates, which averaged 88.8 percent. Occupancy was down 0.5 percent from the prior quarter and 1.4 percent from a high of 90.2 percent in the fourth quarter of 2014.

Annual asking rent growth was stable at 3.4 percent, unchanged from the prior quarter. San Jose had the highest occupancy rate at 95 percent, followed by Baltimore, while San Antonio, Houston and Las Vegas had the lowest. Rents swelled in Detroit by 12 percent, in San Jose by 6.5 percent and St. Louis by 5.3 percent, while Cleveland and Kansas City had the lowest rent growth.

As the average age of entry to independent living is the lowest of senior housing segments, this sector will benefit from the Baby Boomer wave before the other sectors do. Given that the average age of entry into seniors housing properties is more than 80 years old, according to a JLL report, the Baby Boomers will not have a significant effect on demand until 2026 or 2021, when the first Boomers hit 75.

“The softening occupancies for both assisted living and independent living is the result of their inventory growth, or unit completions, surpassing their relatively healthy annual rates of absorption of units, including the record pace of absorption for assisted living,” said Chuck Harry, NIC’s chief of research and analytics, in a prepared statement. “The record rate of annual absorption for assisted living properties of 4.3 percent still fell well short of its record annual inventory growth of 5.9 percent. For independent living properties, those annual rates, respectively, were 2 percent and 2.5 percent.”

The nursing care occupancy rate decreased to 86.5 percent from 87.2 percent in the previous quarter. The nursing care annual inventory growth rate was 0.1 percent, while annual absorption was down by -0.6 percent.

Construction as a share of inventory remained high, although preliminary slowed 0.3 percentage point from the prior quarter to 5.8 percent and was 0.8 percentage point below its recent high of 6.6 percent in the third quarter of 2016. NIC notes that there were 4,172 units under construction within the 31 primary markets, which included 1,897 independent living units and 2,275 assisted living units. On a preliminary four-quarter basis, starts totaled 18,324 units.

The closed property sales transaction volume was relatively low, with a stable average sales price per unit. One of the biggest transactions was Blackstone’s $703 million acquisition of 5,973 units in 64 senior communities operated by Brookdale Senior Living across 19 states. American Healthcare Investors and Griffin Capital Co. LLC have also acquired SW Illinois Senior Housing Portfolio, a five-building, 229-unit portfolio located in the St. Louis area. Avanath Capital Management LLC has nearly doubled its footprint in the Sacramento region with the acquisition of a $56.5 million affordable housing portfolio, including nearly 200 units for seniors.