How Becker + Becker’s development team overcame technical hurdles to cut water use in half at its 32-story residential tower in New Haven, Conn.

When designing the 32-story, 500-unit apartment building known as 360 State Street in New Haven, Conn., Bruce Becker, president of the architecture and development firm Becker + Becker, understood the energy-conservation potential of using a submetering system to track the residents’ water and electrical usage.

Since only water submetering was allowed in the state when the building was constructed in 2010, Becker + Becker initially installed water meters and thermostats to bill for the water and the heating load in the winter. Thanks to lobbying efforts by Becker and his team, the governor of Connecticut and the Department of Energy & Environmental Protection eventually agreed to an electrical submetering installation at the building. Today submetering water is a common practice in Connecticut apartment buildings, and since 2016, electric submetering is also allowed.

This case study describes how a submetering system at the 360 State Street building resulted in benefits for both the building management and residents—including reducing water consumption to half the amount of non-submetered buildings.

Michelle Lauterwasser, AIA, LEED AP, at Becker + Becker, described that the selection of H2O Degree, a submetering manufacturer based in Bensalem, Pa., for the submetering installation was based on the company’s “willingness to work with our unique circumstances to customize and integrate all of our metering and monitoring needs across a single platform.” The company also helped Becker + Becker navigate the necessary state applications and regulatory approvals and set up financing for the system with the billing vendor.

In 2011, the system at 360 State Street was installed by B-G Mechanical of Manchester, Conn., with the submetering company providing project supervision and commissioning. The system dual point-of-entry (one meter for hot and one for cold) system consists of 1,000 water meters and 591 thermostats.

The system comprises battery-powered wireless water meters (Figure 1) to communicate with thermostats (Figure 2), which function as both a thermostat and a transceiver.

Dual point-of-entry submetering means that the plumbing is configured so that one riser branches into the apartment for cold water. A second riser delivers domestic hot water created centrally by recovering heat from a CHP (Combined Heat and Power) system. Water enters the apartment in the ceiling above the utility closet.

The green lines in the diagram in Figure 3, show how wireless water meters communicate directly to any wireless mesh transceiver that responds. The wireless transceivers (thermostats) act as a transceiver and a transmitter, sending data from one device to another. Data is transmitted via a mesh network (red lines) to the H2O Degree Coordinator and Internet Gateway to cloud-based servers for access from any web-enabled location.

To track and display the data collected by the meters, the submetering company designed a consumer-facing web portal at 360 State Street that enables building’s residents to see their water consumption and energy usage for hot water heating (Figure 4). They can use a tablet, smart phone or computer, residents can remotely adjust their thermostats and program their settings.

All of the data collected by the system is sent to PayLease—a third-party meter-reading company in San Diego—for resident billing, and to the property manager for leak detection and energy and water conservation analysis.

Cutting Water Consumption in Half

Each day the submetering company emails water consumption and leak reports to 360 State Street’s property manager, Bozzuto Management Company. On the very first day of reporting, the property manager was alerted about a problem, allowing the maintenance staff to immediately pinpoint the leak to a faulty toilet flapper. This sophisticated leak-detection technology has influenced the day-to-day behavior of building management by enabling them to review the leak reports and determine the type of leak, such as a broken flapper valve, chain stuck or cracked fill valve.

According to ongoing water usage reports for 360 State Street, the average gallons per apartment per day, or “ADC” (Average Daily Consumption), is between 45 to 55 gallons (Figure 5). This critical metric is based on H2O Degree’s database of more than 20,000 apartments and the HUD Water Conservation Guide for Apartment Owners & Managers.

An energy-saving benefit for the 360 State Street property manager is their ability to control the thermostats. For example, when a vacant unit needs maintenance or upkeep, the property manager can remotely adjust the air conditioner or heater to a temperature set point in each unit as needed.

A benefit for residents is that submetering allows building management to bill for the heat energy used by each unit. Acting as a thermostat and wireless repeater, the thermostat in each apartment provides run-time information to be used to allocate heating cost to each resident. Compared to apartment residents without submetering, tenants at 360 State Street save 10- 20 percent in heating and cooling bills.

After the success of the initial water submetering installation 360 State Street, Becker + Becker decided to add submetering for tracking electricity usage, which helped them reduce another energy expense. Since its opening, the building has won the CT Green Building Council Award of Honor and has attained LEED Platinum—the highest level of LEED certification. For Becker + Becker, the submetering system’s water and energy conservation features have made the building more marketable to perspective residents. And the residents are happy with their lower utility bills. 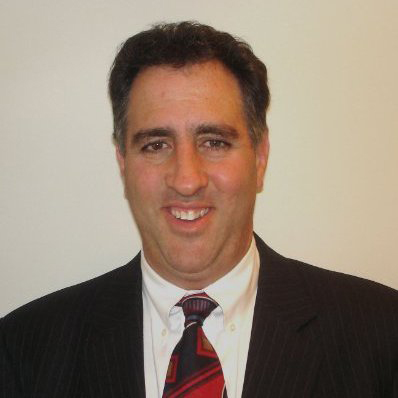 Don Millstein is president of H2O Degree. Millstein is a board member on the UMCA (Utility Management & Conservation Association). He was president of E-Mon, the leading manufacturer of electric submeters for 23 years, before it was acquired by the Fortune 100 company, Honeywell. He has also held the position of president of Encelium Technologies, a lighting controls company