The 80-unit Abrams Hall Senior Apartments is the residential component of The Parks at Walter Reed, a 66-acre redevelopment of the former Walter Reed Army Medical Campus. 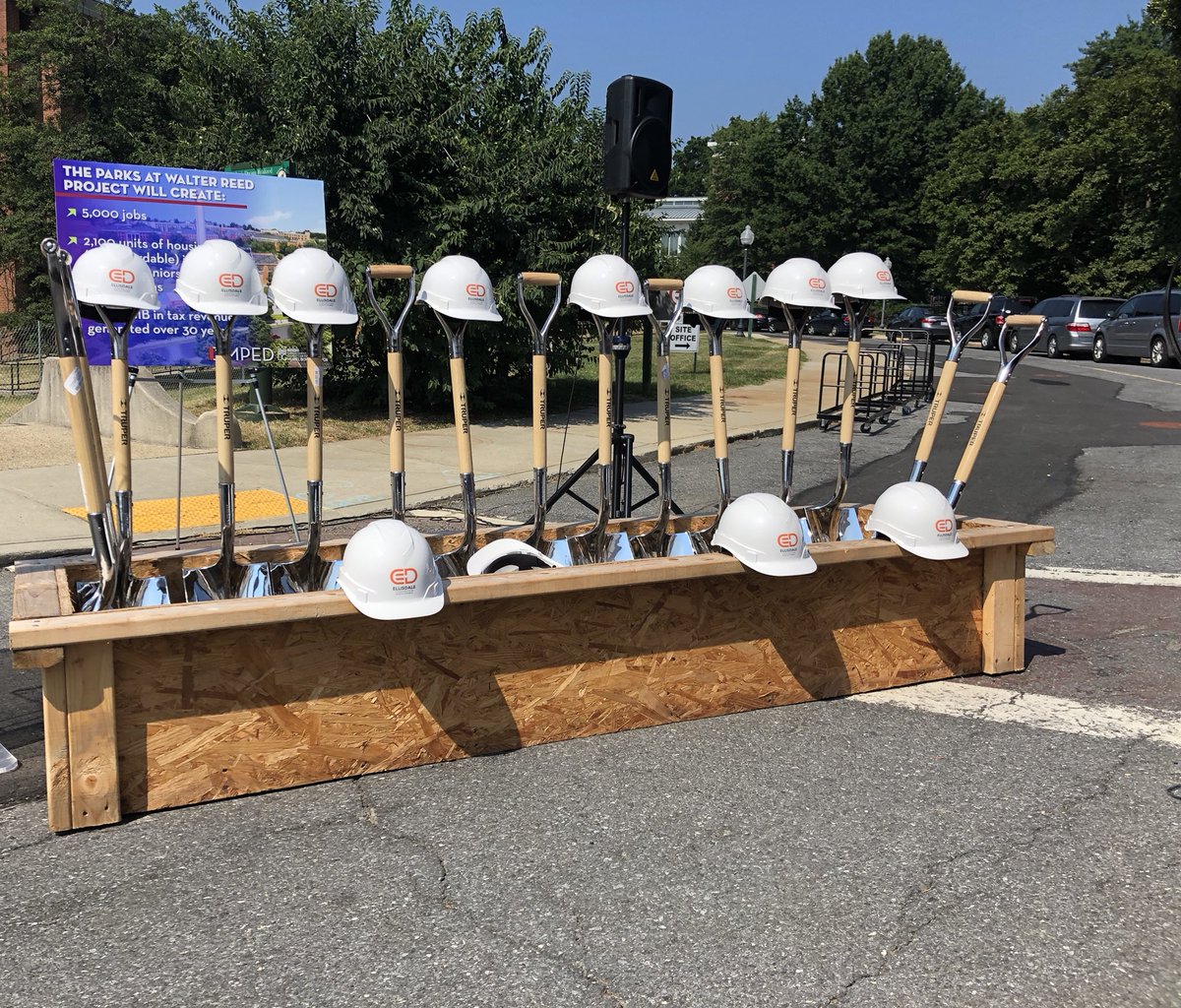 Construction has begun on the 80-unit Abrams Hall Senior Apartments, a component of The Parks at Walter Reed, a 66-acre redevelopment of the former Walter Reed Army Medical Campus in Washington, D.C. It is expected to last one year.

SunTrust Community Capital is providing a direct equity investment of $10.8 million in low-income housing tax credits for the project that will create 80 affordable senior units. The project is also being supported by $9.7 million from the Department of Housing and Community Development’s Housing Production Trust Fund and a $168,000 grant from the Department of Behavioral Health, according to Mayor Muriel Bowser’s office. Additional financing is being provided by Citi and Freddie Mac.

The development team, including Urban Atlantic, Hines, Housing Up and 1750 K Affordable Partners, a CBE joint venture comprised of Evergreen Urban and Blue Sky Housing, is rehabilitating Building 14M, a former Army barracks. It will feature 64 apartments for seniors earning 50 percent of area median income and 16 permanent supportive housing apartments for seniors earning 30 percent or less of AMI. The barracks was originally constructed in 1976 as housing for soldiers receiving long-term medical care who were able to live semi-independently.

“Abrams Hall Senior Apartments and the broader Parks at Walter Reed are shining examples of the transformation of underutilized areas into vibrant and affordable communities,” Dan O’Neill, president, SunTrust Mid-Atlantic Division, said in a prepared statement.

The site will also be the home for Housing Up, one of the development partners and The Parks at Walter Reed’s first office tenant. The group’s 60 employees will provide case management, training and resources to approximately 600 homeless and low­-income families and will also support residents of the Abrams Hall Senior Apartments.

“We committed to repurposing the historic Walter Reed campus in a way that creates the types of housing and resources the community needs – and that includes safe and affordable apartments for seniors,” Brian Kenner, deputy mayor for planning and economic development, said in prepared remarks.

The groundbreaking for the senior housing occurred less than two months after work began on a 77 apartments for homeless veterans also located at Abrams Hall. Both affordable housing projects are part of the mixed-use redevelopment of Walter Reed, located about five miles from downtown Washington, D.C. At full build-out in 2030, the 3.1 million-square-foot master-planned development will include 2,100 units, of which 432 will be affordable, along with retail, medical, entertainment and office space, a hotel, charter schools and a 20-acre park.

Several projects have already been completed at the site. DC Fire and Emergency Medical Services Engine Co. 22 began operating in February and in September, 2017, the DC International and LAMB Schools opened in the former Delano Hall.