Marcus & Millichap brokered the sale of the 440-unit property. 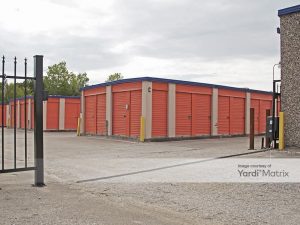 UTEX Storage Partners has acquired Stuff Hotel, a 61,575-square-foot self storage facility in Denton, Texas. Price Cos. sold the 440-unit property, which is located at 2820 Virginia Circle.

According to Yardi Matrix data, the asset was previously subject to a $4.8 million CMBS loan in 2014 that covered four self storage properties. The facility in Denton received an allocation of $1.9 million.

The property is situated in an Opportunity Zone, 40 miles from Dallas, and provides access to Interstate 35E through the 288 Loop. The facility is one of the 14 available within a 3-mile radius, offering residents 14.7 rentable square feet per capita. Yardi Matrix data shows that the area has a supply pipeline of 32 facilities in various stages of development, set to add roughly 1.6 million rentable square feet to the existing inventory.

According to the same data provider, 17 storage properties traded year-to-date in suburban Dallas, totaling approximately 1 million square feet. In a recent transaction, Andover Properties expanded its footprint with the acquisition of Move-It Storage, a 50,250-rentable-square-foot storage facility in Dallas.