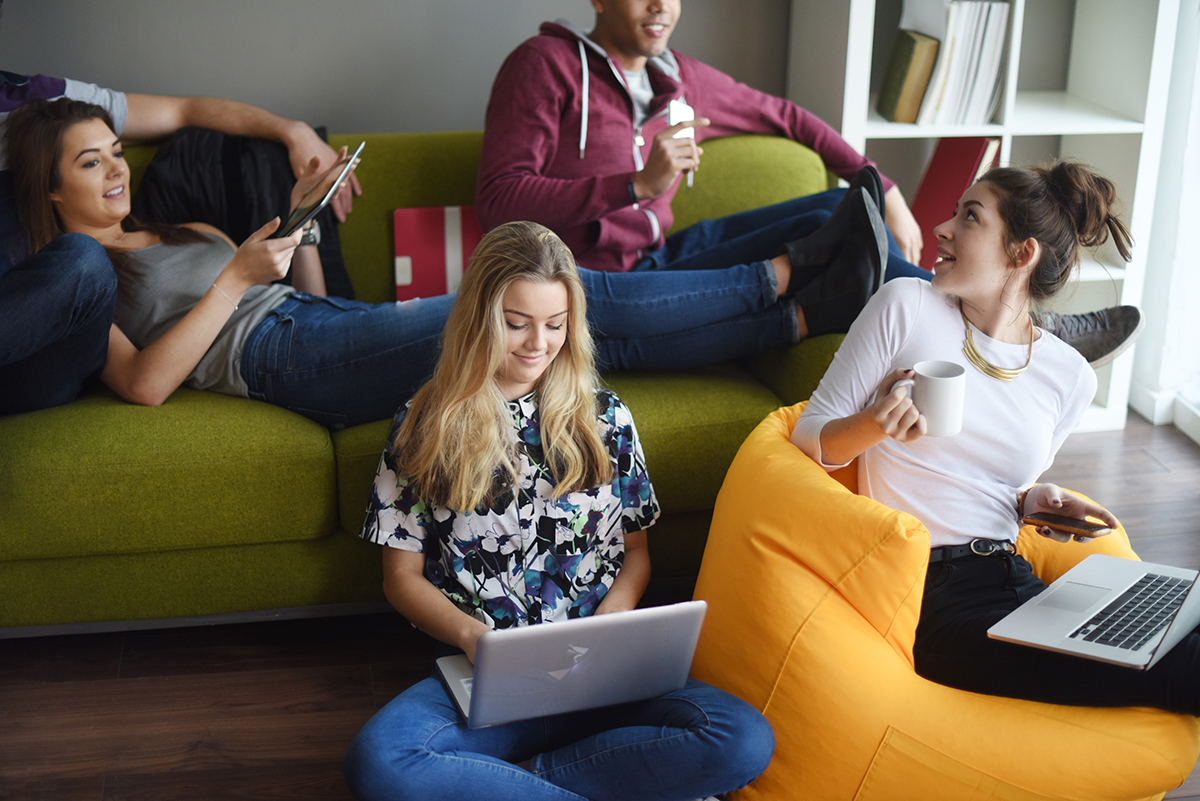 Private, purpose-built student housing properties are known for their luxurious amenities and state-of-the-art finishes. As this reputation has emerged and the cost of earning a college degree continues to rise, some have begun to question the affordability of these amenity-rich housing options. One common response to that criticism has been to argue that students living off campus in purpose-built student housing are getting much more for their money than students living on campus. However, there hasn’t been any quantitative evidence to defend this argument—until now.

The National Multifamily Housing Council recently partnered with Axiometrics, a RealPage Company, to examine the cost differences between different kinds of on-campus and off-campus housing options at 22 universities around the country.

The results show that, despite frequently charging lower rents, on-campus dorms offered less value than off-campus purpose-built student housing, when a variety of housing characteristics and features are factored in. This means that, dollar for dollar, students paid more for the limited set of features and amenities in on-campus dorms than they would have in off-campus purpose-built student housing.

How We Figured It Out 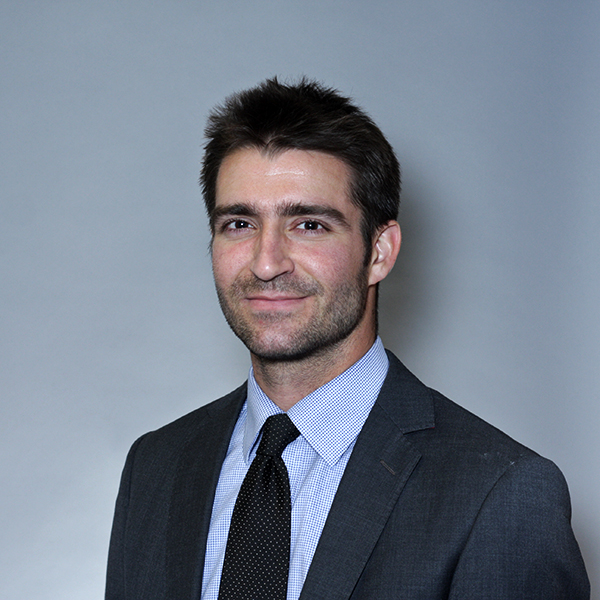 Because features and amenities varied greatly, we developed a statistical model to estimate, relative to off-campus purpose-built housing, the rent premium or discount corresponding to each housing type, when all other factors were held constant. This then gave us the insight to determine the degree to which various housing features and amenities like in-unit bathrooms or washers and dryers influenced rent levels in each product type.

A bed in the average off-campus purpose-built floorplan cost a student $10,965 per year. This compares with average annual rents of $7,717 per bed for on-campus residence halls, $7,056 for on-campus apartment floorplans and $13,093 for off-campus student-competitive floorplans.

While this type of cost comparison suggests that on-campus housing is often less expensive overall than off-campus purpose-built and student-competitive options, it is a limited view of the value of each housing option. Here’s why:

On-campus and off-campus housing units rarely have identical features or amenity offerings. For example, on-campus residence halls often house two or more students in one bedroom and have no in-unit bathroom. In contrast, every off-campus floorplan in our dataset came with an in-unit bathroom and only a handful (3 percent) of purpose-built floorplans featured two beds per bedroom. On-campus residence halls in the sample were also much less likely to contain in-building fitness centers or offer units with full, in-unit kitchens equipped with stoves, ovens and dishwashers.

Our analysis controlled for these factors and features, allowing us to do more of an apples-to-apples cost comparison of housing costs and value. On average, a student paid 9 percent more each year to live in an on-campus dorm compared to an identical purpose-built apartment (i.e., same number of students per bedroom, proximity to campus, etc.). The student-competitive apartment came with a similar 9 percent premium.

However, each student paid on average 26 percent less for an on-campus apartment similar to an off-campus purpose-built unit.

Our analysis, aside from estimating inherent premiums or discounts associated with living in specific housing types, also revealed a number of housing characteristics and features that influenced the pricing of student housing options. Here are four big ones. 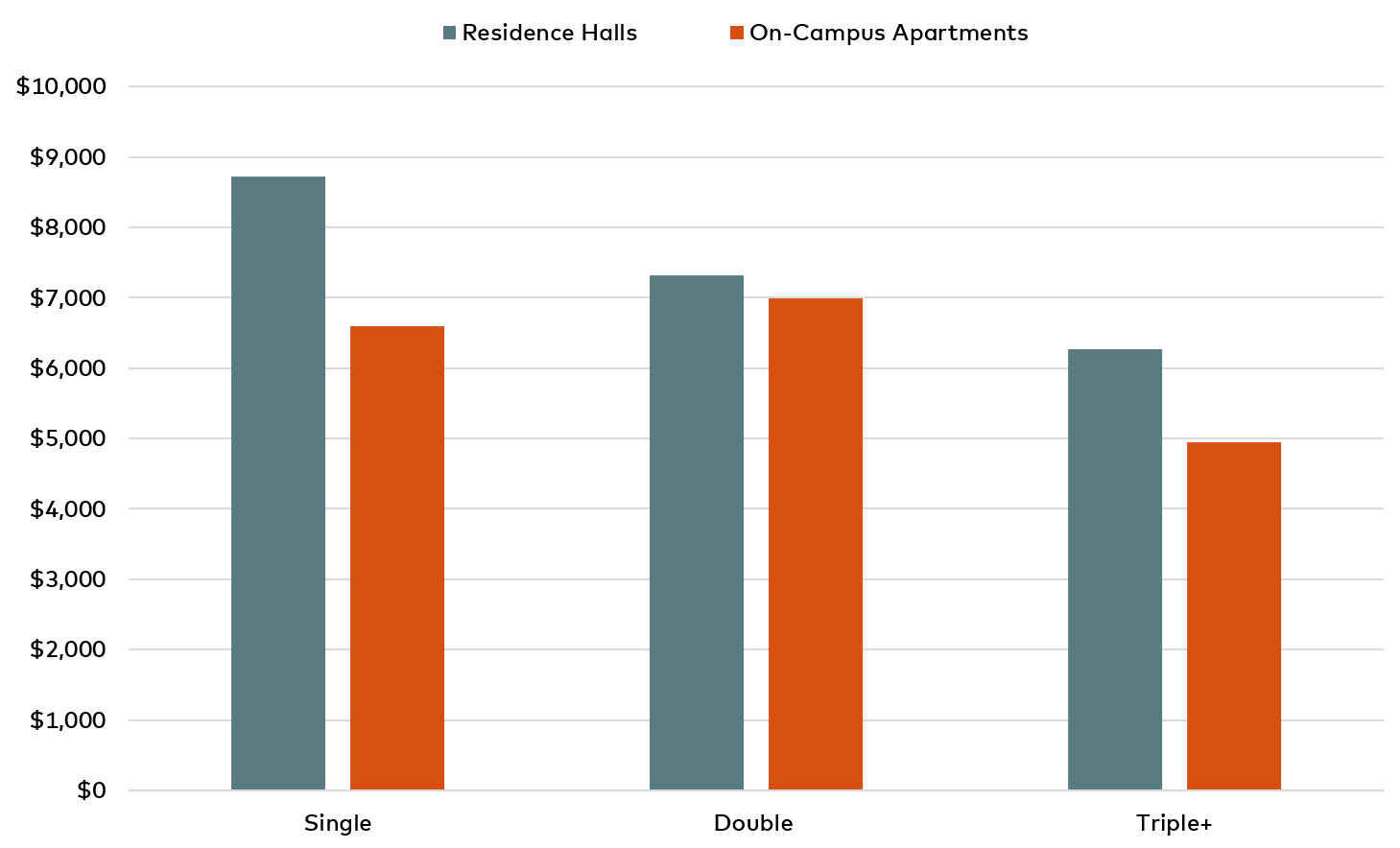 Within the off-campus purpose-built sample, double rooms similarly commanded a 15 percent annual per-bed discount over singles, although these types of units were fairly rare. More common was having multiple students in a unit, each with a separate bedroom. Versus living alone, a student could expect to pay 19 percent less per year to live in a purpose-built apartment with one other roommate, 14 percent less with two roommates and 8 percent less with three roommates. (See Figure 2.) 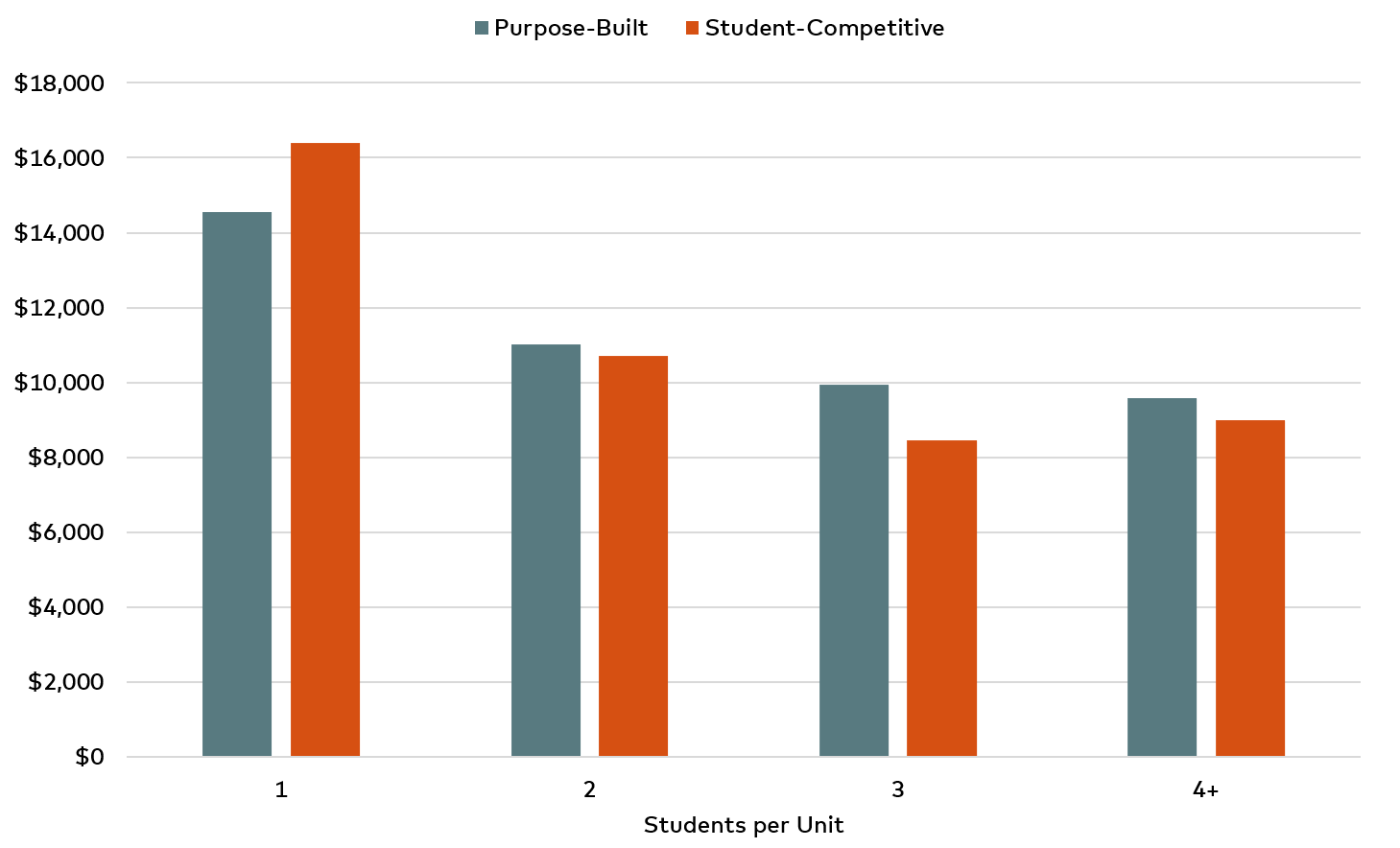 Students in off-campus student-competitive apartments benefitted from similar roommate rent discounts, of 15 percent per year with one roommate, 14 percent with two roommates and 8 percent with three roommates.

In contrast, in-unit bathrooms (either shared or private) were standard in all off-campus floorplans in the sample, whether purpose-built or student-competitive. While this appeared to have no meaningful effect on rents in the purpose-built sample, off-campus student-competitive floorplans with a one-to-one student-to-bathroom ratio commanded a 20 percent premium over rooms with shared in-unit bathrooms.

Factors like these clearly influence annual rental rates. However, we acknowledge that there are limitations to our dataset—a main reason why we look at this study as a first step in developing reliable market data. Going forward, efforts can be made to expand the existing dataset so that rent levels can be more accurately assigned to distinct housing features and amenities.

That said, the study results provide student housing providers with some guideposts to consider when determining operating budgets, making investment decisions and marketing to students. Moreover, it brings good data to any discussion of student affordability.

In fact, the analysis shows that on-campus residence halls, despite frequently charging lower rents, offered less value than off-campus purpose-built student housing. Students get more features and amenities for their money in a purpose-built unit compared with on-campus housing, where a student might have to share a bedroom with one or more other students, share a community hallway bathroom with other rooms or have access to fewer building amenities.

However, the rent savings that roommates can offer is something to consider when discussing affordability. In addition, more data is needed on the financial characteristics of students and their families, which likely influences how students choose their housing.

Chris Bruen is the assistant director of research at the National Multifamily Housing Council in Washington, D.C. He can be reached at [email protected]. The full study is available to read on NMHC’s website.