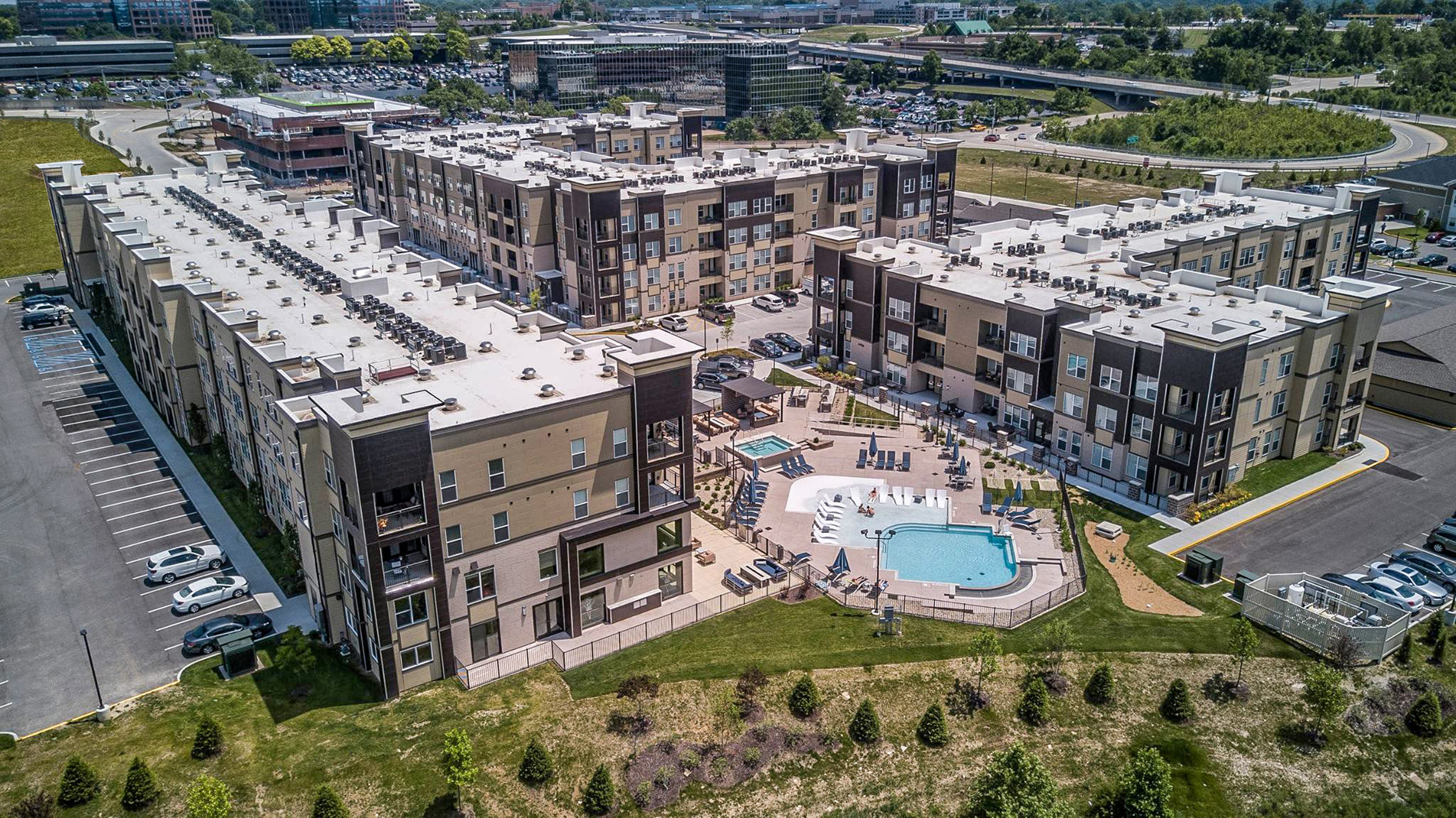 A joint venture headed by St. Louis developer TriStar Properties has sold the Alinea Town & Country apartments in Des Peres, Mo., to Strategic Properties, a New Jersey-based investor. Terms of the deal weren’t disclosed, but reportedly between $55 million and $65 million.

Alinea’s one-, two- and three-bedroom units are in a trio of three- or four-story “New Urban” style structures fronted by a boulevard streetscape. Common amenities include a two-story clubhouse with infinity edge pool, an outdoor kitchen and recreation area, a spa and a fitness center.

TriStar developed the 254-unit community, which opened earlier this year, on an 11-acre site in a master-planned development located northwest of the I-270 and Manchester Road interchange. De Peres is in St. Louis County and noted as the hometown of Scottrade and Edward Jones Investments.

Building in the area

According to Michael Towerman, TriStar principal, Alinea is the first major apartment community built in the I-270/Manchester corridor in more than 20 years. Indeed, according to Marcus & Millichap, most of apartment units brought online in metro St. Louis in 2017 are concentrated in four areas: The Central West End and Forest Park neighborhoods, downtown St. Louis and the bordering city of Clayton.

Moreover, Marcus & Millichap noted in a report on the metro market, “Historically high levels of completions [in these St. Louis markets] will create numerous opportunities for investors seeking new low- and mid-rise properties in sections of the metro where stock has not been substantially upgraded in several years.”