Special OpTech Report: Airbnb and The Future of Leases 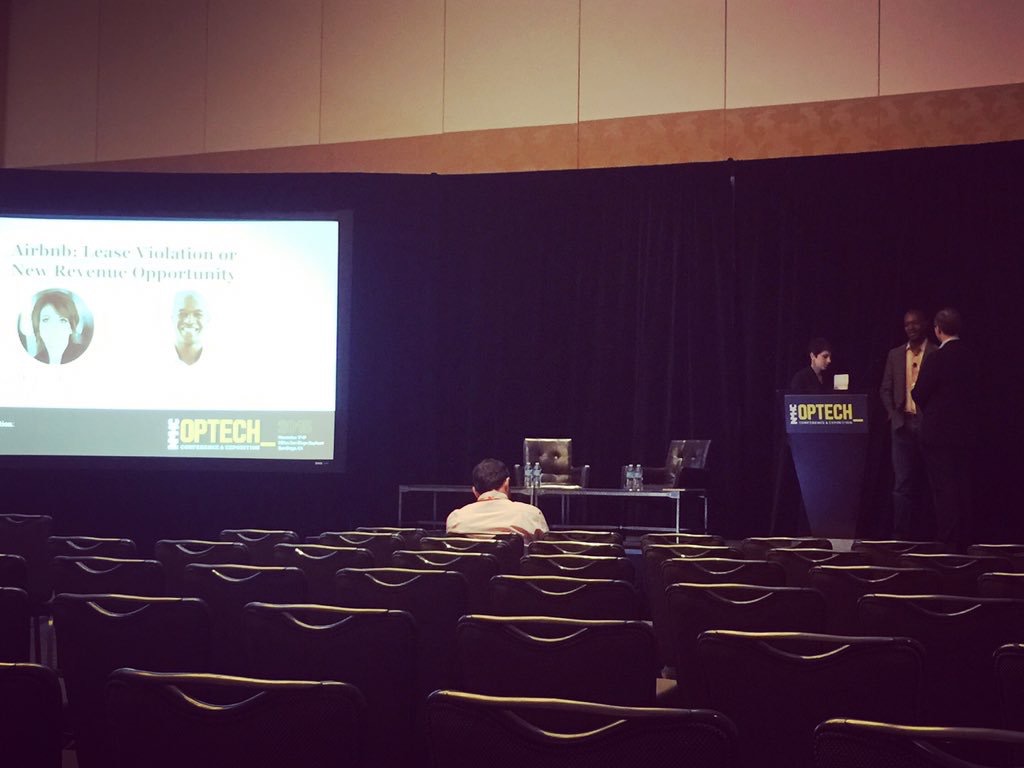 San Diego—Airbnb is being used more and more frequently by residents who are looking to make some extra money while being away for long periods of time. The only problem is not all owners or property managers are so open to the thought of a stranger in one of their apartments. Does it count as subletting, or should it be in the overnight visitor category? Jaja Jackson, head of Landlord Partnerships at Airbnb, was invited to address some of these concerns at this year’s NMHC OpTech conference in San Diego.

Because subletting is a violation of many leases, “we like to refer to Airbnb visits as homesharing, not subletting,” Jackson said. “Subletting is a heavy transaction; homesharing is light as it doesn’t share the same responsibilities as subletting.”

During Q&A from the audience, a concerned multifamily owner asked if he would be able to block his property on Airbnb.

Jackson went on to talk about a planned Partnership Program to be unveiled in 2016. This program will do three things: provide owners with transparency, meaning they will be able to see how many people are staying over at which properties and for how many nights; give owners the ability to choose which residents can homeshare and which can’t; and offer profit-sharing, so the owner gets a percentage.

Unfortunately though, Airbnb is not a policing platform and it won’t be able to block a property completely.

Another OpTech attendee noted that he doesn’t grasp the difference between a normal guest (who is also a stranger to the owner) staying over versus Airbnb guests. It seems that just because now the resident is making money, the owners want to get involved.

However, Jackson reassured that any damage that is caused because of an Airbnb guest is covered by their insurance policy, and a simple and easy claim can be put in if needed.

Jackson added that they are looking to make things easier for neighbors as well with a Neighbor Hotline, where they can call if an Airbnb guest in a neighbor’s home is causing a ruckus and the customer service line will help as soon as possible.

But Jackson pointed out that Airbnb isn’t for everyone. You can always outline a strict no homesharing clause in your lease. Some brands like to advertise themselves as homeshare friendly, some don’t. It’s completely up to the owner, but Airbnb can also be used as an advertising tool. Someone who has stayed at your property might go back and recommend it to someone who may end up being a prospective resident.

Jackson also announced that Airbnb is now working with developers to ensure new properties are homesharing friendly and doing whatever they can to make this a more seamless experience for apartment owners and operators.