The year-over-year street rate performance was positive in about 90 percent of the top markets tracked by Yardi Matrix. 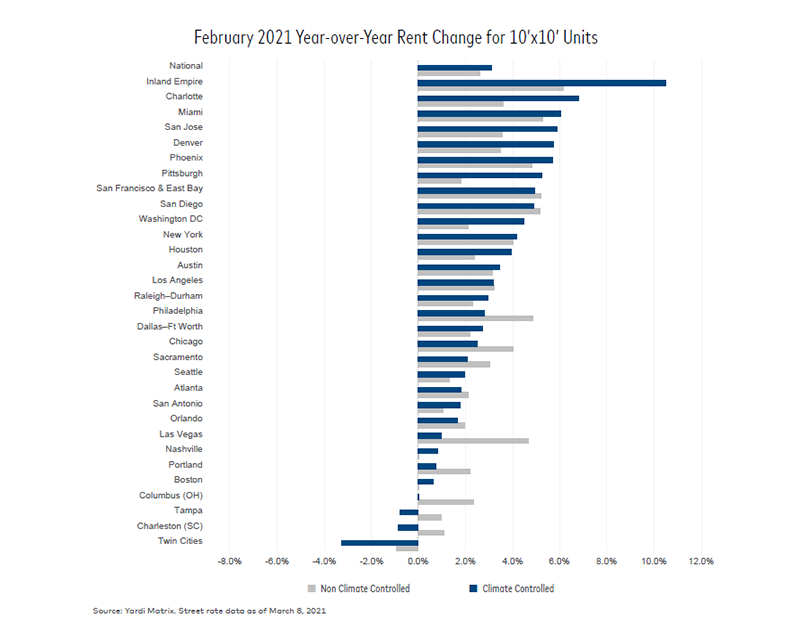 READ ALSO: Will Self Storage Prosper After COVID-19?

Despite having an inventory of 7.5 net square feet per capita, Phoenix had a robust new-supply pipeline, with projects under construction or in the planning stages representing 13.5 percent of existing inventory. However, thanks to high population growth in recent years the metro is well-equipped to withstand the pressures of elevated levels of storage supply. Phoenix saw substantial rent growth for both 10×10 climate- and non-climate-controlled units, up 5.7 percent and 4.8 percent year-over-year in February.