The Sacramento County Board of Supervisors has approved $5.8 million, and the Sacramento City Council approved $500,000, for the rehabilitation of three multifamily properties in the city: Greenway, Glen Ellen and Los Robles Mutual Housing. 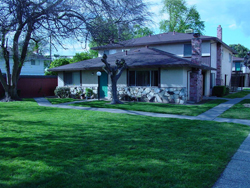 Sacramento, Calif.—The Sacramento County Board of Supervisors has approved $5.8 million, and the Sacramento City Council approved $500,000, for the rehabilitation of three multifamily properties in the city: Greenway, Glen Ellen and Los Robles Mutual Housing. All together 196 units will receive upgrades by the owner of the properties, Mutual Housing California, with families currently living in the apartments relocated to other parts of the development during construction.

All three properties will get new energy-efficient HVAC equipment as well as new Energy Star appliances, such as refrigerators and dishwashers. Greenway and Los Robles also will receive new windows. Paint and stains used will be low VOC.

Other upgrades to the property will include revamped landscaping, featuring drought-resistant trees and plants. Drainage will be improved and the Greenway courtyard will get a storm-water retention system. Once completed, Mutual Housing will apply for a Build It Green certification on the properties.

While completing a renovation of occupied apartments is more complicated than an unoccupied property, Mutual Housing is no stranger to this kind of work. As long ago as 1995, the organization rehabbed Foothill Plaza Mutual Housing Community in Foothill Farms while residents lived there.

Founded in 1988, the locally based nonprofit Mutual Housing develops and operates rental housing in Sacramento and Yolo County, which is adjacent to Sacramento County. It currently owns more than 1,000 units of housing with about 3,000 residents. Some of its properties have been built on vacant in-fill lots, while others are acquired and rehabilitated by Mutual Housing as deteriorated bank or HUD REOs, and are a focus for neighborhood revitalization efforts.