The 461 units target renters earning between 60 and 100 percent of the area median income. 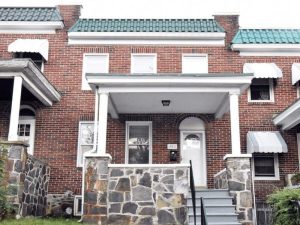 The portfolios, acquired by Riparian in October 2020 and December 2021, are located in workforce communities. Both the acquisition loan for the former and refinancing for the latter carry five-year terms. Cushman & Wakefield served as broker for the purchases.

Kristoffer Garin, principal & CEO of Riparian Capital Partners, told Multi-Housing News that the company will be incorporating the newly acquired homes into its existing managed portfolio as it continues to scale in Baltimore and elsewhere.

The company focuses on the workforce housing segment of the SFR market, with rents that are affordable for individuals and families earning between 60 and 100 percent of the area median income. Section 8 and other voucher programs are being used. Riparian owns more than $125 million in assets under management, making its SFR portfolio one of the largest in the Mid-Atlantic area.

David Merkin, managing director at Eastern Union’s Mid-Atlantic Group, said in prepared remarks that SFR portfolios are in high demand in Baltimore, but also nationwide. During a panel at the National Association of Real Estate Editors conference in Miami, the SFR sector has been described as a growth business that is only just now finding its legs.