The nonprofit opened Paloma Terrace across the street from its existing senior housing community. 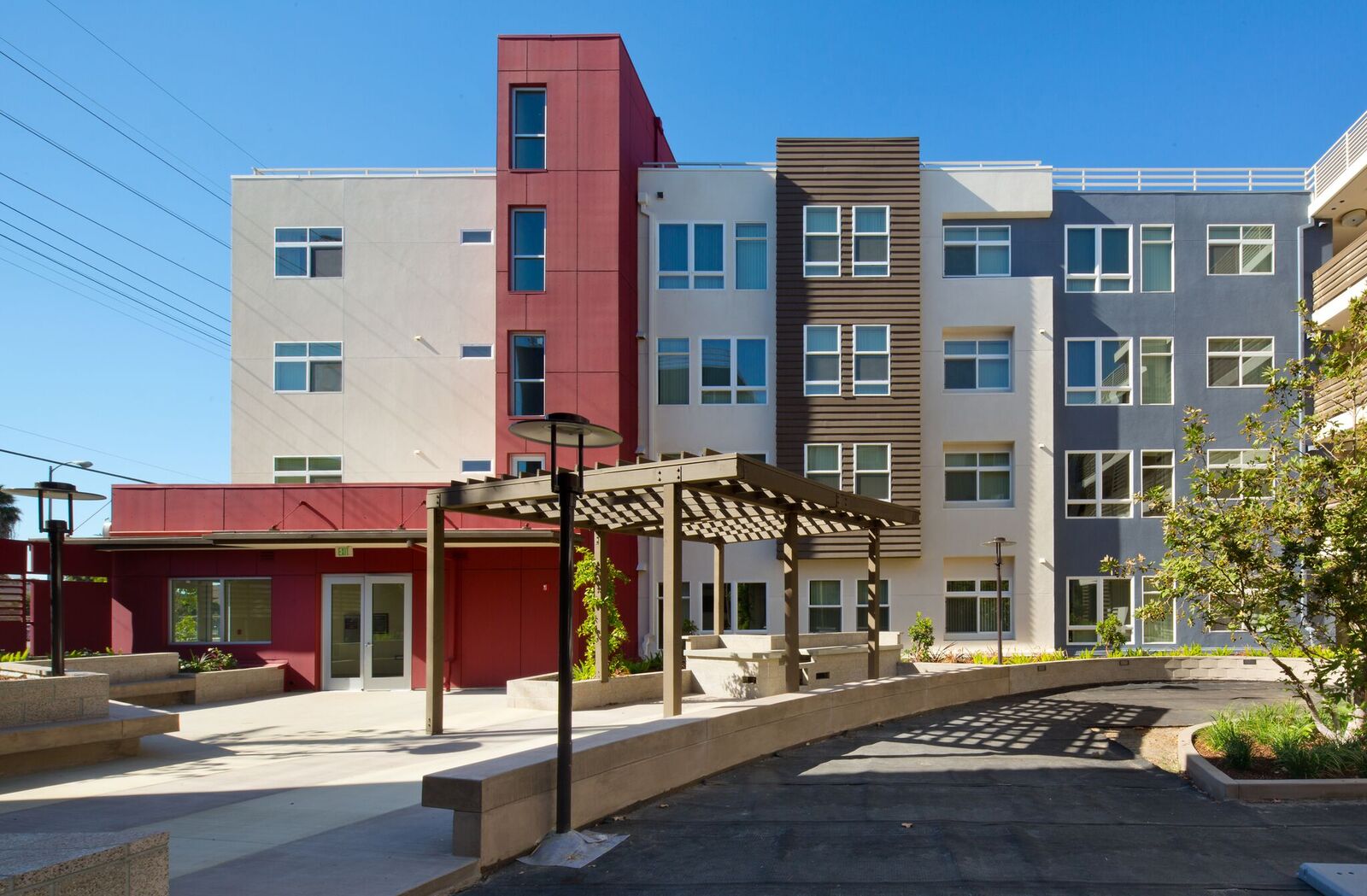 Los Angeles—Retirement Housing Foundation (RHF Housing) has completed Paloma Terrace, an affordable housing property in South Los Angeles. The four-story structure comprises 59 units of housing for low-income families, and is located on less than an acre at the corner of 50th and Main Streets.

Founded in 1961, RHF was launched by two United Church of Christ clergy members and a layman. Currently, the nonprofit is one of the nation’s largest providers of housing and services for older adults, overseeing about 17,300 units in 29 states and DC, with a sizable concentration in California. RHF provides apartment units for people with disabilities and for low-income families, but the majority of RHF’s units are for older adults on a fixed income.

Even LA County, which has a relatively young population, is facing a gray wave in the next few decades, with heightened demand for senior housing. According to a 2015 report by the USC Edward R. Roybal Institute on Aging at the USC School of Social Work, the county’s age-50-or-older population is expected to increase by 27 percent by 2020, and the population age 65 or older by 43 percent.

Paloma Terrace was designed to qualify for LEED Platinum and to foster a sense of community, according to Killefer Flammang Architects Los Angeles (KFA Los Angeles), which designed the property. The main organizing element for the building is a large central courtyard that includes an oval-shaped green space with a large tree, as well as a playground/barbecue area.