Manor at CityPlace is the first of three multifamily communities the Related Group of Florida is planning at a 48-acre site in the Airport West submarket. 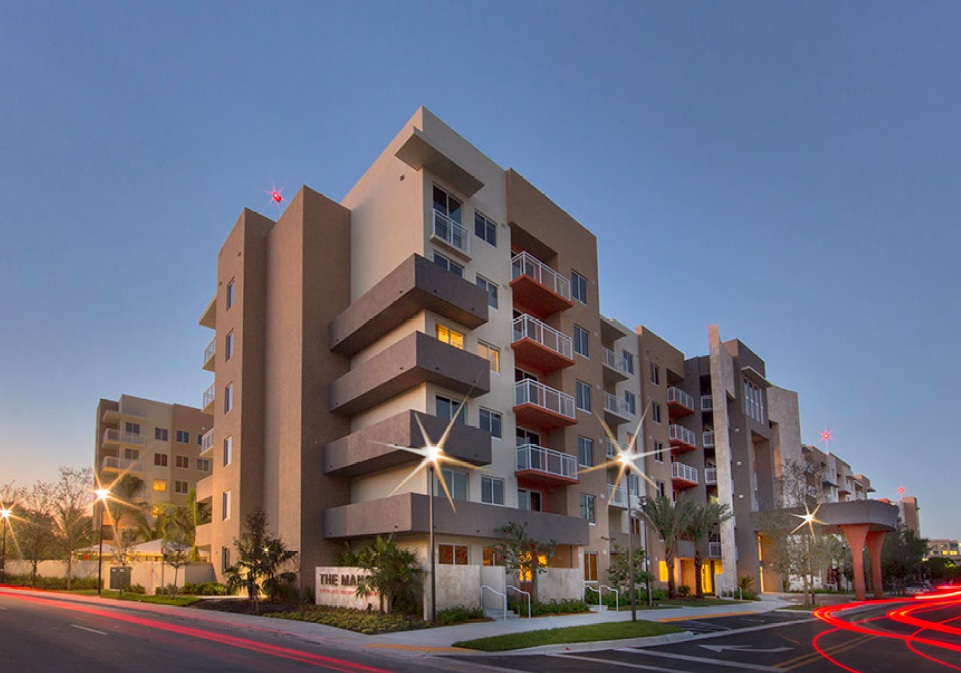 Doral, Fla.—The Manor CityPlace Doral, a 398-unit apartment community in Doral, Fla., a suburb of Miami, has obtained $74 million in permanent financing. Manor, which is fully leased, is the first of three multifamily developments at CityPlace, a 48-acre master-planned community the Related Group of Florida is developing in partnership with an investment fund managed by PGIM Real Estate (formerly Prudential Real Estate Investors).

Capital One provided the adjustable-rate loan to the joint venture. The loan will be used to retire the construction loan that paid for its development; the property was completed earlier this year.

Rents range from $1,615 for a studio to more than $2,700 for a three-bedroom unit. Common amenities include a pool with cabanas and day beds, a 24-hour fitness center, private theater, Zen lounge, sports lounge, dog park and putting green.

Located in the Airport West submarket, CityPlace Doral will ultimately include retail, condos, and single-family homes as well as its multifamily component. Currently under development there is the 304-unit Flats at CityPlace Doral, the second of its apartment developments, which will be finished early next year.

Joshua Howes, a senior vice president in Capital One’s Commercial Real Estate Group, led the transaction. The climate is still favorable for this kind of lending, he said, and for strong deals, any movement in interest rates wouldn’t change that dynamic much.

“Capital One looks at each individual deal, weighing a variety of factors,” he told MHN. “That said, any change to interest rates of a small magnitude wouldn’t have a tremendous impact on a multifamily deal’s appeal. This is particularly true when the sponsors are top notch, as was the case with Manor CityPlace Doral.”