Newly renamed Sunstone Palms, the 536-unit community will be the beneficiary of nearly $8 million worth of capital improvements. 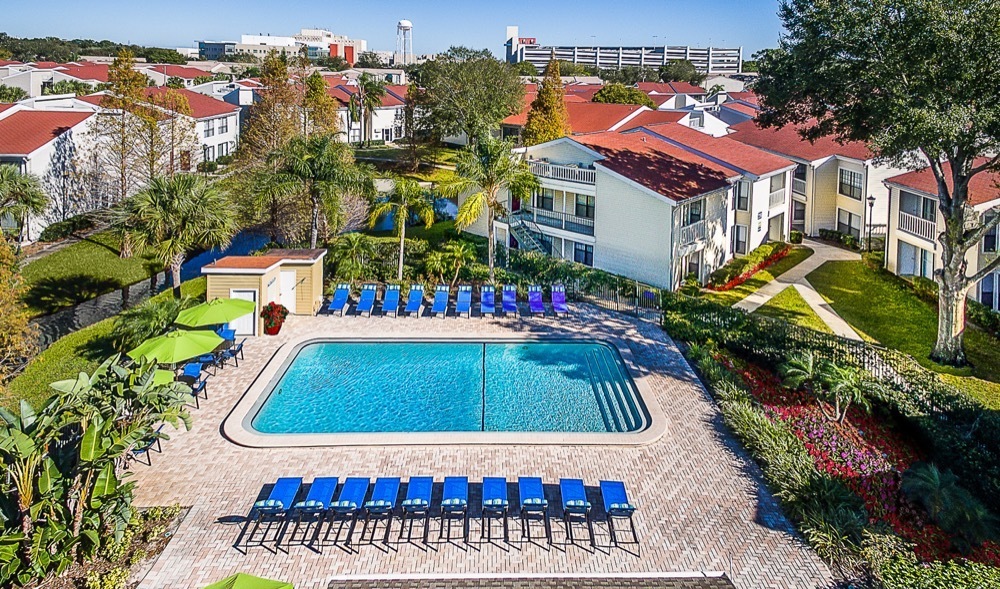 The RADCO Companies has acquired Cordova Apartment Homes in Tampa. This is RADCO’s 69th acquisition since 2011, and its third this year. The property is the company’s seventh community in Florida, and its sixth in Tampa.

The buyer is renaming the 536-unit, Class B property as Sunstone Palms. As such, it will be managed by RADCO Residential, the company’s management platform. Also, Atlanta-based RADCO plans to spend upwards of $7.7 million, or about $14,500 a unit, on capital improvements to modernize the community.

The improvements will include a complete clubhouse remodel and the addition of a new fire pit and grilling area. RADCO also plans unit interior refurbishing, as well as exterior LED lighting upgrades, work on the landscaping, hardscape additions, roof replacements, HVAC and water heater replacements, and a new paint scheme throughout the property.

“RADCO has an established presence in the Tampa and Florida markets,” said Norman Radow, founder & CEO of RADCO. “The community has all the right bones, yet it still has a tremendous amount of unlocked potential.”

Built in 1975, Sunstone Palms is on 19 acres and consists of 67 two- and three-story buildings. Averaging 875 square feet, the garden-style apartments include one-, two-, and three-bedroom units. Common amenities are a fitness center, two pools, a playground, picnic and grilling areas, on-site laundry facilities, a clubhouse, a business center and a dog park.