The industry veteran spoke to MHN about his new role at Avison Young and what he plans to accomplish using his diverse experience. 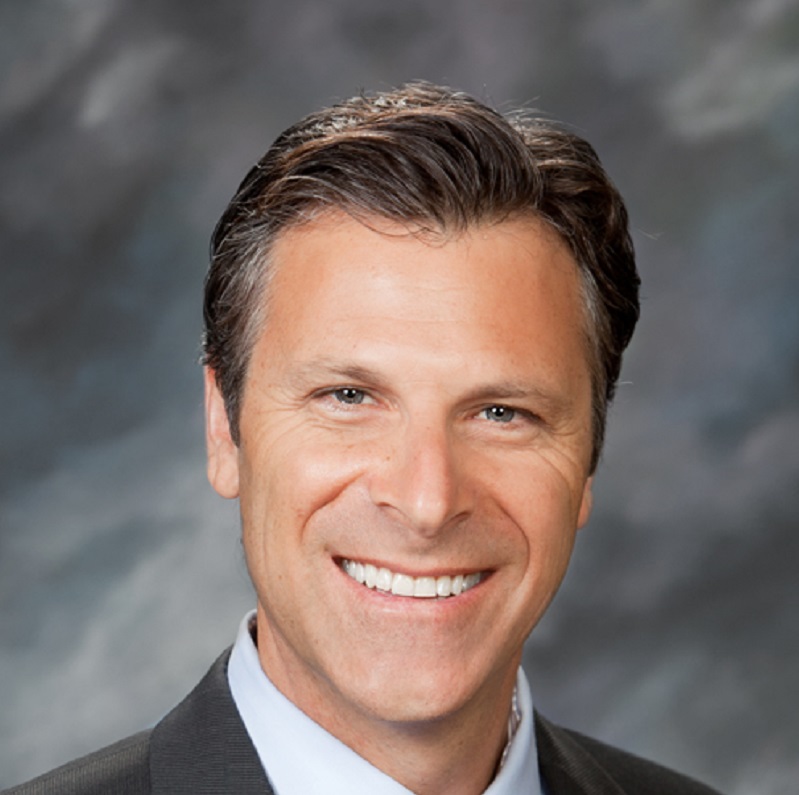 Earlier this month, the fastest-growing commercial real estate advisory services firm Avison Young accelerated its growth even further with some big hires, including Peter Sherman, an industry veteran who joined the firm in West Los Angeles as principal.

Sherman is bringing 11 years of commercial real estate experience to Avison Young, during which he successfully marketed and sold, financed and equitized multifamily and mixed-use assets valued at more than $5 billion. Before CBRE, he was a founding partner of L.A.-based Multi-Housing Capital Advisors and a senior vice president with Transwestern in Los Angeles. But CRE isn’t the only experience he has up his sleeve—Sherman spent 11 years as a senior executive in the technology, entertainment and media sectors too.

With all this experience under his belt, Sherman spoke with MHN about how he plans to use what he’s learned in his new role and what has contributed to his success in the industry.

MHN: What were the main factors contributing to your decision to join Avison Young?

Sherman: It’s Avison Young’s people and culture. There’s a devotion to honesty and integrity in the service of our clients that’s almost devout. There’s an emphasis on the personal and working relationships inside the company that’s across product type and across regional offices, all for the purpose to best serve the client’s strategy and needs. This is unique within the real estate space.

One of the reasons is that this behavior within Avison Young fits in with the DNA of the company itself. It’s part of the organizational structure, the entrepreneurial bent that this company has. Unlike a lot of the competitors, Avison Young is a private company, with an especially efficient and flat organization. And it’s led by its own people. So I and the other people across the 75 offices globally [which grew from just 11 offices when Avison Young began its growth strategy in 2008], we’re all principals and owners of the company. That creates an environment where we’re all incentivized to go out of our way to help each other in order to best serve our clients. That for me made the decision an easy one.

MHN: What do you think has contributed to Avison Young’s growth?

Sherman: Avison Young is the fastest growing commercial real estate advisory company in the world. Since 2008, the firm has grown from 11 offices, 290 employees and $36 million CAD in revenue in Canada to 75 offices, 2,100-plus employees and more than $400 million CAD in global revenue in five countries in 2015, which is just tremendous. When you ask people in the real estate space, outside the company, Avison Young has just an exceptional reputation. I think really good people and really good culture just inherently is infectious and it’s a draw. You want to be a part of something that not only are you helping grow and taking a core position at the company to do that, but being at a company where there’s a great level of appreciation for that and you enjoy coming to work every day with the people that you get to work with.

MHN: What will be your main responsibilities in your new role?

Sherman: As I see it, my responsibility is to stay true to our brand and culture. I certainly want to leverage off of the strength of what my colleagues here have already created, which has been so special. But we obviously have a tremendous amount of room to continue to grow and improve. I think the clear line is to drive the multifamily investment sales practice in Southern California, but also assist with the continued development of the national platform.

To achieve these goals—it’s worth saying my intention in the multifamily space is not to be all things to all people—my priority is not deal churn over real client service. I think I want—and Avison Young wants—to push for deeper relationships, even if it means with fewer clients. In order to be truly client-centric, you need to clearly understand the strategies and needs of your client and place their success ahead of your own. It’s impossible to do that sincerely, effectively, with every possible potential client in our space. So for me, it’s don’t try.

MHN: How do you think your past experience will benefit you?

Sherman: I think what has been a constant line through my past work, whether it’s been in multifamily real estate or in media or internet startups, is everything has been especially entrepreneurial. With terrific people beside me, I’ve been able to drive successful businesses and I’ve focused most of my time on developing strategy and marketing efforts and putting together and closing innovative deals. So regardless of whether that is inside or outside the real estate space, it all builds upon itself.

I think specifically within real estate, I have the benefit of personally experiencing what my clients go through every day. During the downturn starting in 2008, I had, with some partners of mine, co-founded an institutional multifamily investment company. So I’ve worked as a principal, investor, and asset manager for institutional multifamily real estate and I think that perspective in the service of clients is invaluable.

MHN: What led you to pursue a career in real estate after spending years in other sectors?

Sherman: I think it was really just a strong level of curiosity. The hypothesis I had at the time was that doing deals is doing deals is doing deals; if you can be successful and do that in one industry, you certainly can do it in another industry once you start to understand some of the specifics, the nuance and the people in that industry. I happened to come over at a time when things were really on the upswing and sort of early on the upswing in 2004. I was very fortunate to be entering the space and developing great enthusiasm for it at a time when a lot of deals were taking place. It made the learning curve in commercial real estate that much quicker, easier and stronger for me.

MHN: Are there any recent challenges or trends you’ve noticed in the multifamily sector in general or in multifamily institutional investment sales in particular?

I guess on the positive side, there’s terrific liquidity in institutional multifamily marketplace. Foreign capital is playing an increasingly larger role. The demand drivers remain strong for multifamily.

Challenges for a number of my clients on the development side is the ever-rising cost of land and construction. It just makes it more and more difficult to pencil deals, unless your building to the high, high-end with top-tier market rents. That becomes a more questionable prospect for people, especially in an environment where although there’s been just terrific job growth, we’ve not seen yet in this country such a commensurate increase in wages. So at some point, that finite number of people with the types of disposable income to afford $4,000, $5,000-plus rents, there’s clearly a feeling to it. We haven’t seen that feeling yet, and those developments have largely, when done and executed properly, have done exceptionally well and have been absorbed relatively quickly with strong rents. But eventually, I know for many developers and investors that’s something that remains top-of-mind as a concern.

Certainly the secondary markets, and I think this is nationwide, are areas where a lot of investors are starting to pay a little bit closer attention to. The secondary markets around some of the core urban infill markets, have really good potential-growth stories. You can step in at slightly higher yields and with similar or greater rent growth within this current cycle—that’s absolutely an area that I think more investors are starting to take close looks at.

MHN: Do you have any concerns about being near the end of the real estate cycle, which is something we’ve heard from some multifamily industry leaders?

It is a pervasive question and discussion point. Like anybody else, I don’t know exactly where we are in the cycle. Certainly, it feels like we’re in the latter half because of where we sit with pricing. But I think what is clearly different than what we saw right before the Great Recession and peak of that time in 2006-2007, is that investors were incredibly aggressive with their assumptions in their underwriting back then, and at least so far in this cycle, investors have been much more deliberate and thoughtful. I’m not going to say conservative, but I think realistic with their projections and assumptions in their underwriting. I think that’s serving the overall market well.

We’re certainly in a period of equilibrium right now with values, and in between buyers and sellers. I think, not to say that the end is near or the end is far, but what that does allow for—barring something catastrophic—is a longer cycle as opposed to a shorter cycle.