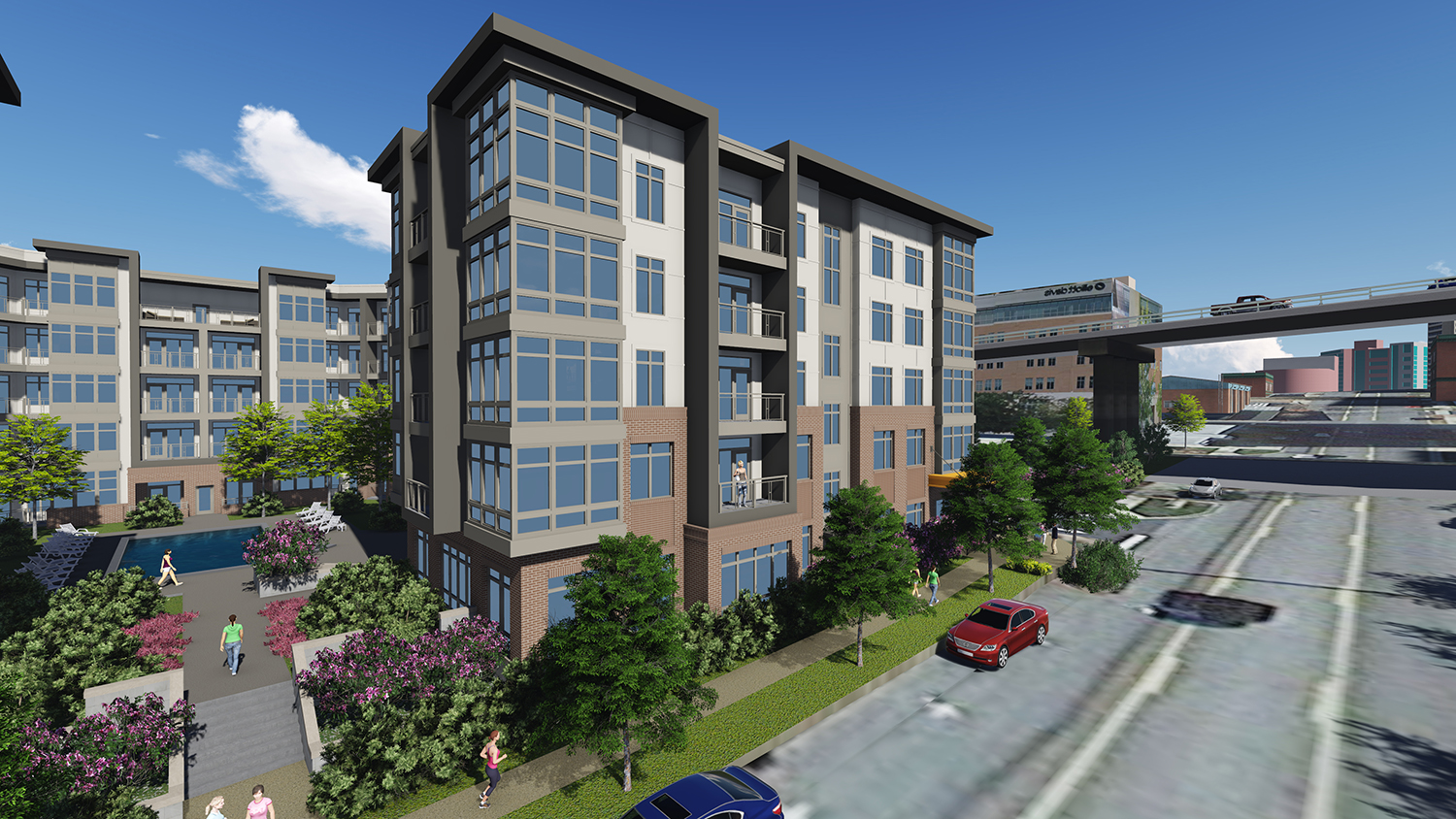 Greenville, S.C.—Charlotte, N.C.-based Proffitt Dixon is planning to build its first apartment property in South Carolina. The developer will break ground this month on a luxury development called Fountains Greenville, encompassing 201 units on a nearly 2.5-acre parcel at 210 East Broad Street in Greenville.

The location at the intersection of South Church and East Broad Streets is a five-minute walk from Main Street in the city’s Central Business District. That neighborhood has the largest concentration of employment in South Carolina.

“Downtown Greenville’s lifestyle offering is very impressive,” managing principal Stuart Proffitt told MHN. “We felt given the job growth and incomes that our upscale apartments would be very successful if we could be walkable to the heart of Main Street.”

Fountains Greenville will also be near the pedestrian and bike path known as the Swamp Rabbit Trail, as well as to Falls Park on the Reedy, Centre Stage Theater, Peace Center for the Performing Arts, the county Art Museum and a number of private art galleries. A Publix supermarket is only one block away.

“Greenville is the economic engine of South Carolina,” managing principal Wyatt Dixon said. “This is a great opportunity to bring the luxury apartment lifestyle to one of the country’s fastest-growing cities.”

As with the company’s other communities, green building practices will be used and energy-saving appliances and features included in the development.

The developers will adhere to guidelines established by the Green Building Program of the National Association of Home Builders (NAHB). The architect is The Housing Studio and the general contractor the Creative Builders Group.

Fountains Greenville will feature the kind of clubhouse, courtyards, pool and fitness facility expected of such a luxurious new property, the company stated.

The only challenge Proffitt Dixon Partners faced in developing the community was the site’s past. “Common in downtown land, the site has an environmental history that has been largely remediated,” Proffitt reported. “However, the history requires additional legal and construction efforts.”

He believes that when complete, Fountains Greenville will find a receptive market among renters seeking a high-end lifestyle. “The project will be among the most upscale living opportunities in downtown Greenville,” Proffitt said.