The 182-unit rental building was completed in 2017 by Fore Property Co. and is located in the Southwest Hills submarket. 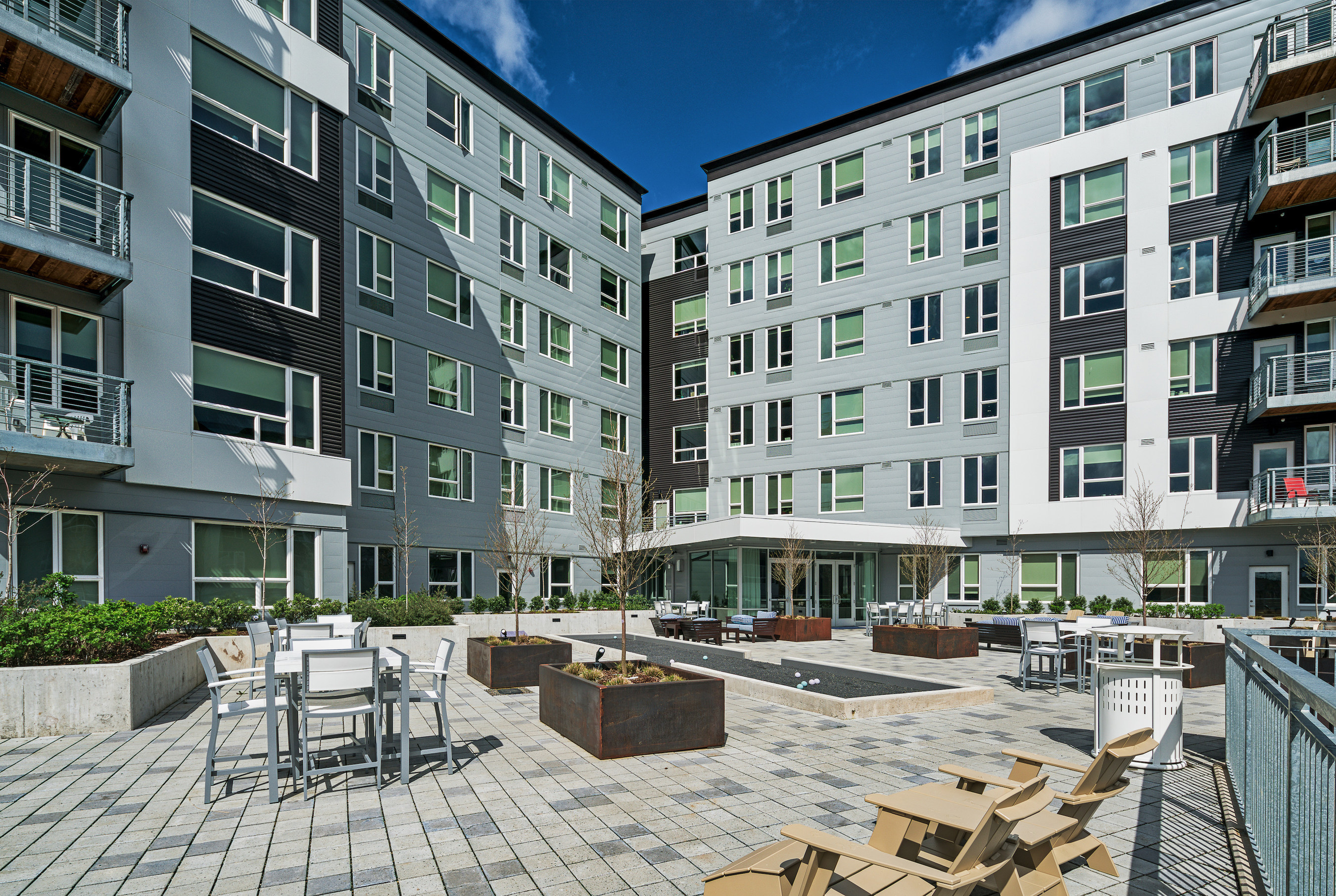 Located at 4940 S.W. Landing Drive, Sanctuary is set in John’s Landing, one of Portland’s most coveted neighborhoods. Among the appealing aspects of the area is its location along the Willamette River, as Sanctuary features a site plan that sits directly along the banks of that river. Also part of the site is the Waterfront Greenway Trail, which offers residents convenient bicycle and running trail access.

“Sanctuary has an irreplaceable location along the river that will give it a permanent competitive advantage,” said Davis Vaughn, senior director of investments, Security Properties, in prepared remarks. “Additionally, as OHSU continues to expand, the South Waterfront will only become more desirable as a place to live. Our asset is well positioned for growth and we look forward to unlocking value for our investors with this core acquisition.”

John’s Landing is situated on Portland’s southern end and is part of the $1.9 billion South Waterfront community, one of the region’s largest urban redevelopment projects. The community was built in multiple phases and features eateries, night spots and boutique retailers. Oregon Health & Science University (OHSU), whose 15,000 employees make it among the state’s largest employers, is the anchor tenant. As pointed out by Vaughn, OHSU is well underway on a multi-project expansion to its South Waterfront campus that will bring in many new medical professionals to the submarket.

Sanctuary’s residents benefit from proximity to downtown Portland and the city’s MAX light rail line, enabling them to reach key employers in the metro area with comparative ease. They can also walk to the OHSU campus.

Other job providers in the submarket include the newly-opened facility of Under Armor, as well as Portland State University, the largest university in the state. Major tech employers such as Google, Oracle and Jama Software also have offices in the submarket.

“We identified Portland as a growth market for us earlier in 2018, and are excited for our first purchase in the MSA,” said Nobuhide Kashiwagi, president of Tokyu Land US. “This asset is a great addition to our growing multifamily portfolio, and are looking forward to continuing our acquisitions in the Pacific Northwest. Sanctuary’s quality construction and superior location provide us with a stable foothold upon which to grow.”