Philadelphia Apartment Market Slightly on the Rise Despite Sluggish Economy

With the large number of fresh graduates from local colleges and universities expected to boost employment by fall, Philadelphia will continue last year’s positive development in both payrolls and apartment operations.

Philadelphia—With the large number of fresh graduates from local colleges and universities expected to boost employment by fall, Philadelphia will continue last year’s positive development in both payrolls and apartment operations. 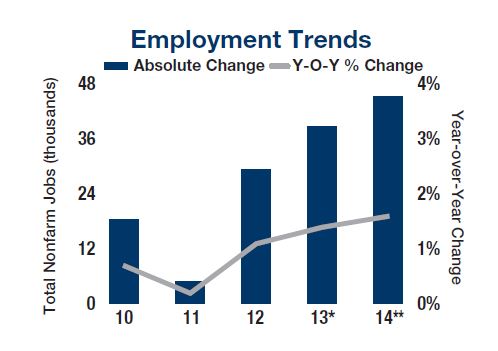 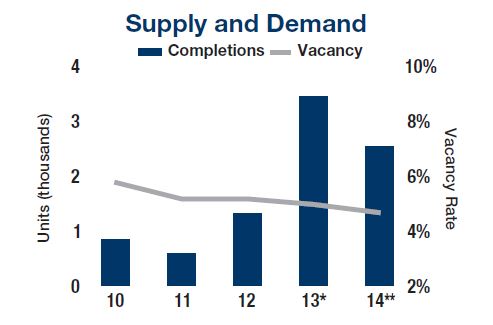 Marcus & Millichap’s report points at the probability of a new construction wave fueled by strong financing options. While ground-up construction is expected to become more prevalent, adaptive reuse projects are slowly picking up especially in Philadelphia’s historic area. One example is the recently announced redevelopment of the old Avenue of the Arts Building located at 1338-1348 Chestnut Street in Center City. The historic former office structure will be reconverted into a luxury residential building with 220 rental apartments by a joint venture between MRP Residential and Principal Real Estate Investors.

According to Marcus & Millichap, 2,500 units are expected to come online in 2014, down from 3,400 apartments delivered in 2013. Meanwhile, vacancy is expected to drop 30 basis points this year—a 10-point decline from 2013—to 4.7 percent behind net absorption of more than 3,400 units. In response to lower vacancy rates, asking rents are expected to climb 3.3 percent in average this year, reaching $1,165 per month.

As the economy slowly improves and employers attract new residents to the metro area, developers try to follow the same positive trends on the retail market. New infill properties are expected to be built in emerging areas that lack retail and grocery-anchored facilities. However, because of the high cost of development, many of these projects are set to come online almost completely pre-leased. 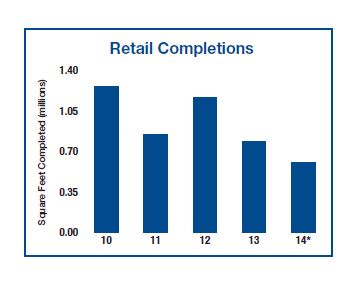 In terms of new construction, Marcus & Millichap’s recent retail market report estimates that developers will complete 600,000 square feet, 177,000 square feet fewer than the amount of retail space completed in 2013. The slow construction pace combined with strong demand will push vacancy down 40 basis points to 6.4 percent in 2014. Multi-tenant asking rents on the other hand are expected to climb 3.7 percent to $16.55 per square foot this year.