Perspective: Ancillary Income In the Year 2019

It’s easy to look back at the 1980s as the far distant past with its big hair, curious clothing choices and antiquated technologies. After all, think how far we’ve come since rotary phones, VCRs, camcorders and the Sony Walkman. Yet, when you look at the past, some things really haven’t changed at all. In effect, these root features make up the core functionality that created the rise of the Internet itself and the now ubiquitous smart phones which are enabled by it.

Prepare now for the generation of ‘cord nevers’

By Jason Scutt, Worth Telecom Advisors 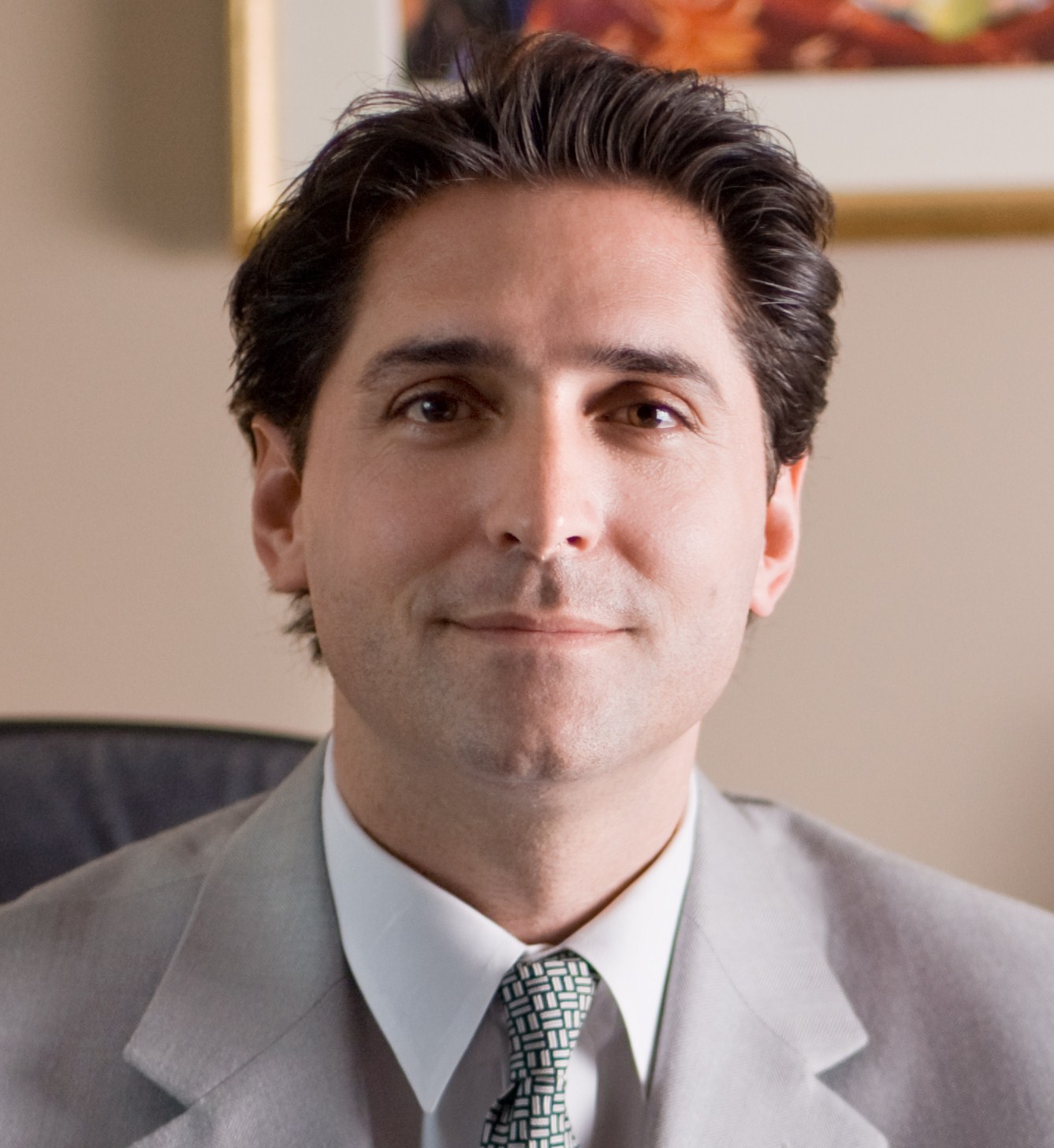 It’s easy to look back at the 1980s as the far distant past with its big hair, curious clothing choices and antiquated technologies. After all, think how far we’ve come since rotary phones, VCRs, camcorders and the Sony Walkman. Yet, when you look at the past, some things really haven’t changed at all—particularly when you look at these now defunct and/or dying technologies and study their original appeal such as mobility, control of when content is consumed, and the creation of personalized content. In effect, these root features make up the core functionality that created the rise of the Internet itself and the now ubiquitous smart phones which are enabled by it.

A similar common thread between the past and present exists with the providers of TV and phone services that have adjusted their business models from single service businesses (Bell providing phone and Comcast providing TV) to Internet and mobility-centric organizations.

Property owners across the U.S. have been unwitting, yet active, participants in this technology evolution as they have been granting providers access to their private properties in order to secure services to their tenants. In some ways, this symbiotic relationship is as important to the owners as it is to the providers since tenants require these services similar to utilities. Over the years the relationship has changed somewhat as the wiring requirements improve, FCC regulations change, and more competitive providers enter previously single-provider markets. Fundamentally, though, the relationship is mostly unchanged: the provider seeks access and marketing rights at a property, the owner grants access in exchange for some financial or in-kind consideration, and residents consume the provider’s services. In fact, telecommunication based ancillary income is one of the largest sources of revenues for owners and managers.

What has changed—and what will fundamentally alter the relationship between owner and provider—is the apartment resident whose paradigm has changed completely. In a recent survey 49 percent of respondents stated “cellular coverage is extremely important” in the selection of a community. In another, residents rated the Internet as the most important amenity at a property. Landline subscriptions per home are down from 90 percent to less than 20  percent while mobile phone rates are up to 90 percent. Residents demand cellular coverage, quality Internet access and providers of their choice. The technology demanded by residents enables a resident to completely bypass the property owner and provider’s infrastructure altogether. So called “cord-cutters” can use a wireless hotspot as their source for Internet access, connect a WiFi-enabled TV to the hotspot and, of course, use their cell phone for communications. Residents under 30 years old may become the first generation of “cord-nevers” as they’ve never had a wired connection.

Although their average monthly spending remains at around $200 per month, this group is typically budget conscious and very tech savvy. This group’s first device was a mobile phone which they used for communication and entertainment all while mobile. As they move into their first apartment homes, they see no reason to be tethered. While this trend is less than 2 percent of the market it’s not unreasonable to assume the trend may increase to 5 percent of all users. With more and more wireless capability and free content options, the signs point to a “tipping point.”

To an owner or manager of a community (and the providers), this trend can impact occupancy and thus their core source of income. As residents require ubiquitous Internet and cellular coverage, they will make their buying selections accordingly. Properties without ubiquitous wireless coverage and provider choice will, on a tangible level, be less successful than similar properties with coverage and choice. This dilemma is further compounded as the “cord-cutting” trend continues. If the trend continues at up to 5 percent of renters per year, in five years 25 percent of this critical source of ancillary revenue will disappear! For certain demographics it’s not unreasonable to forecast up to 10 percent may make the switch and thus 50 percent of revenues are gone.

To optimize occupancy and maximize ancillary income, many owners are beginning to take a more proactive role in shaping the future of their participation in the technology at their properties. Highlights include:

Cell coverage solutions: To address cellular coverage issues experienced by residents, the most effective solution is a distributed antenna system, which is in effect a cell tower spread across a property. While effective, the solution can also be expensive, ranging from $250,000 to $500,000 or more. Lower cost alternatives exist, at a fraction of the cost. One such solution is a WiFi-based cell boost technology which amplifies existing cellular signals and retransmits the signal across the property. A critical potential issue with this solution is a common provision written into traditional telecommunication access and marketing agreements (i.e. TV, Internet and phone) whereby the owner is precluded from offering competitive “bulked” services to residents which the WiFi solution can be considered.

Cell towers and antennas: As residents migrate to cellular services as the backbone of their telecommunication services, it is important for owners to participate in the revenue potential available from the placement of cellular towers and antennas at their properties. In recent years, the country has witnessed an explosion in the number of cellular towers from 30,000 or less in 2000 to more than 300,000 in 2013. Cell towers have the ability to dwarf the traditional income seen by any other ancillary income program with revenues ranging from $1,500 to $3,000 per carrier per property per month. While the roof rights of tall buildings, land beside highways, and on high ground remain valuable, so are properties in dense urban markets, properties adjacent to power transmission lines and train tracks and in certain rural locations. And owners also should be aware that over time cellular antennas are becoming smaller and more discrete.

Traditional cable TV and Internet access and marketing agreements: As described previously, many of the common carriers at each property have a wireless strategy and are seeking to expand their offerings. As the income from revenue-share programs are in decline, the need for subscription-based vs. marketing-rights-only compensation programs becomes more critical than ever. Historically, providers would pay the owner for exclusive access to a property.

As the FCC has struck these type of arrangements, the providers would pay for access, use of wire and marketing rights. These agreements often underperform as the owner and provider would disengage as soon as the agreement was signed, with the owners receiving seemingly arbitrary payments and the providers receiving little to no marketing support. As owners are the ultimate gatekeepers in terms of knowing when the resident is moving in and out—and they maintain regular contact—an opportunity exists for the owner to more actively participate in supporting providers by incorporating their services into their operating processes (i.e. work orders, HOA coupons, etc). Providers are also taking the initiative to offer enhanced services such as portals, concierge, security, and home controls which can dovetail with the owner’s current platforms. New providers are entering the market such as Google Fiber, which offers futurist speeds and a seamless platform between mobile and fixed devices.

Providers such as AT&T and Verizon have corporate structures whereby the residential services groups report to the mobility unit. Further, the circuit required to power a cellular antenna is often times the same circuit that can be used to power residential services. For these providers capturing cellular services and residential services is a very efficient and effective business proposition that can be leveraged by an owner. With greater revenue opportunities, providers can consider properties and business terms they might not typically consider. Further, for providers, working with a single owner or manager of multiple properties is much more efficient than finding and negotiating with individual owners. As described, cellular solutions such as the WiFi cell-boost service are directly affected by the underlying traditional cable TV, Internet and phone agreements. And, while adding new providers to a property can help owners create an initial marketing boost, it may also effectively cannibalize existing revenue-share programs and be in conflict with existing agreements. It is therefore critical to look at the entire telecommunication picture—cellular, TV, Internet, phone and WiFi—in order to create a comprehensive strategy to optimize leverage, operational capabilities, resident satisfaction, ancillary income potential and occupancy overall while also ensuring the agreements dovetail together without conflict.

While it’s impossible to fully imagine what technology trends will be dominant five, 10 and 20 years from now, it is possible to identify the obvious trends and position yourself to minimize potentially negative results and realize the most benefit possible. In the case of telecommunications, your residents—and most likely your personal habits—have already identified this trend. By identifying all of the providers and options within the ecosystem described herein, and striking out on your own with a logical game plan or utilizing a professional services group with the experience and expertise to efficiently guide you, the time to start protecting your occupancy and maximizing ancillary income is now.

Jason Scutt is president of Worth Telecom Advisors, an ancillary revenue specialist.