Institutional Property Advisors represented the seller in its disposition of Pico Lanai Apartments. 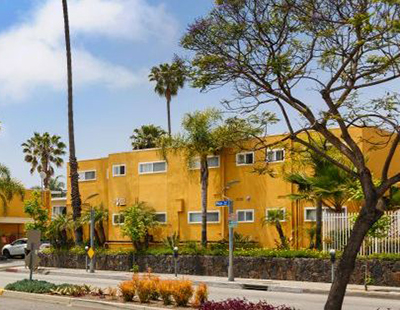 Pacific Reach Properties has acquired Pico Lanai Apartments in Santa Monica, Calif., for $58.6 million. The 174-unit property at 2501 Pico Blvd. is one of just 15 submarket assets of more than 100 units. It is also built on 2.8 acres, the second-largest land parcel of any Santa Monica apartment building.

The sale price equates to a price per unit of $336,484 or $868 per square foot. Institutional Property Advisors (IPA), a division of Marcus & Millichap, represented the seller, Raintree Partners. Several months ago, Raintree Partners acquired a portfolio of seven multifamily properties in Glendale, Calif., for $79 million.

“The unit mix and small unit footprint were the primary concerns raised by the investor market,” Kevin Green, IPA senior managing director of investments, told Multi-Housing News. “This led to concerns related to price per square foot, as a result of the average unit being 378 square feet. (Additional concerns were) demand for luxury ‘micro units’ and how these concerns are further impacted and compounded by the impending supply.”

In response, the IPA team highlighted several factors. First, they argued the efficient floorplans at Pico Lanai provided an affordable entry point for renters into the Santa Monica market. Second, they noted rent control concerns were mitigated by the strong annual turnover, which averaged 60 percent in the previous three years. “A theme was built around the fact that in this project, the unique unit sizes were truly a competitive advantage, as opposed to the initial perception of them as an obstacle,” Green said.

“This theory was compounded by Santa Monica’s moratorium on ‘micro units,’ which further enhanced the project’s uniqueness in the marketplace. Investors adopted this mindset and stretched yield assumptions to capitalize on the thesis we presented. Supply concerns were eased by mapping where the construction was clustered, (with) the closest project more than one mile from Pico Lanai.”

Situated within a one-mile radius of more than 10 million square feet of Silicon Beach technology office space, the apartment community puts residents within walking distance of leading Santa Monica employers Riot Games, Amazon Studios, Hulu, Lionsgate and Viacom. It is less than a 15-minute walk to the Metro Expo Line’s 26th Street-Bergamot Station. From there, passengers can ride to either downtown Los Angeles or downtown Santa Monica.

Santa Monica College and the Art Institute of California, Los Angeles are both situated within one mile walk or drive. Shopping centers within a 1.2-mile distance include Sunset Park Plaza, Stockton Center and the shopping plaza at 1624-26 Ocean Park Blvd.