Development, rehabilitation and preservation around the state will be funded. 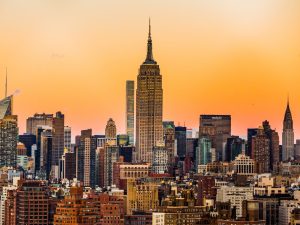 Image by Michael Discenza via unsplash.com

Governor Kathy Hochul has committed $991 million through bonds and subsidies for the development, preservation and rehabilitation of 3,242 affordable, supportive and sustainable units across New York State. The financing package includes $785 million in taxable and tax-exempt bonds issued by The New York State Homes and Community Renewal, along with $206 million in subsidy generated through a mix of programs.

Roughly $379 million in additional funding will come through private lenders, bringing the total investment in affordable housing to nearly $1.4 billion.

Several projects across the state have already secured funds from this initiative. One of them is 475 Bay Street in Staten Island, N.Y. Developer BFC Partners secured $101 million for its 270-unit affordable housing project. The 12-story development will include 138 units set aside for formerly homeless seniors, and a nearly 10,000-square-foot retail space on the ground floor. Self Help for Independent Living will offer on-site supportive services to the residents.

A 26-story, mixed-income project in Westchester County—known as 500 Main Street—also received $200 million. Developed by BRP Development Corp. the Class A property in the heart of New Rochelle, N.Y., will feature a total of 477 units, with 119 apartments set aside for those earning 60 percent of the area median income or below.

The 194-unit Edgemere Commons A1 project also secured $60 million. Rising 17 stories, the initial phase will include 29 units for individuals with intellectual and developmental disabilities, while 30 units will serve as supportive housing. Edgemere Commons is an 11-phase mixed-use community that will ultimately include more than 2,000 affordable homes and commercial space. The developer of the project, The Arker Cos., recently sold the remaining 10 buildings of Edgemere Commons to Tishman Speyer.

Other officials are also committed to improving the nationwide affordability crisis. In December, Chicago Mayor Lori Lightfoot announced that more than $1 billion will be invested to accomplish this goal. The financing will serve 24 development projects across Greater Chicago and it represents the largest tax credit investment in the city’s history.