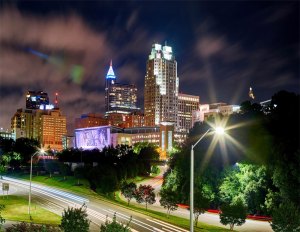 That transaction occurred in August 2017 and was RK Properties’ first Delaware Statutory Trust, or 1031 exchange, structure, the firm announced at the time. It was the firm’s third and final property made through the RK Opportunity Fund IV, according to a prepared statement. RK Properties stated it planned to make interior unit upgrades as well as exterior building enhancements.

Built in 1984, the Class A community is situated on 36.5 acres with one-, two- and three-bedroom townhome-style and garden-style apartment homes. The units include central HVAC, standard-size washer/dryers and large closets. Community amenities feature a three-tier sundeck, resort-style swimming pool, clubroom, basketball and tennis courts, 5,000-square-foot fenced dog park and a 20-mile fitness trail. The property is adjacent to the 15.9-mile Crabtree Creek trail and a half-mile from the 1.4-million-square-foot Crabtree Valley Mall. Residents are about 10 minutes to downtown Raleigh and have easy access to nearby interstates 440 and 70.

Jenkins, an executive vice president with CBRE|Raleigh, said in a prepared statement the team was able to secure strong investor and lender interest despite capital markets’ volatility. He said the community’s solid fundamentals and desirable locations attracted interest to the asset. Jenkins cited Raleigh’s growing knowledge-based economy and recession-resistant demand drivers among the factors. He also noted Raleigh’s accelerating in-migration and comparatively high rent multiplier compared to other Sun Belt metros that continue to attract multifamily investors from across the United States.

RK Properties is a national company focused exclusively on multifamily property investments since 1977. The firm has purchased more than 158 properties that at today’s value would be more than $3 billion. More than 143 of the acquisitions have gone full cycle. RK Properties currently has a portfolio valued at more than $1 billion located in California, Nevada, Louisiana, Georgia, Florida, South Carolina and North Carolina.