According to a new joint study, apartment supply is not keeping up with demand caused by delayed marriages, an aging population and international immigration. 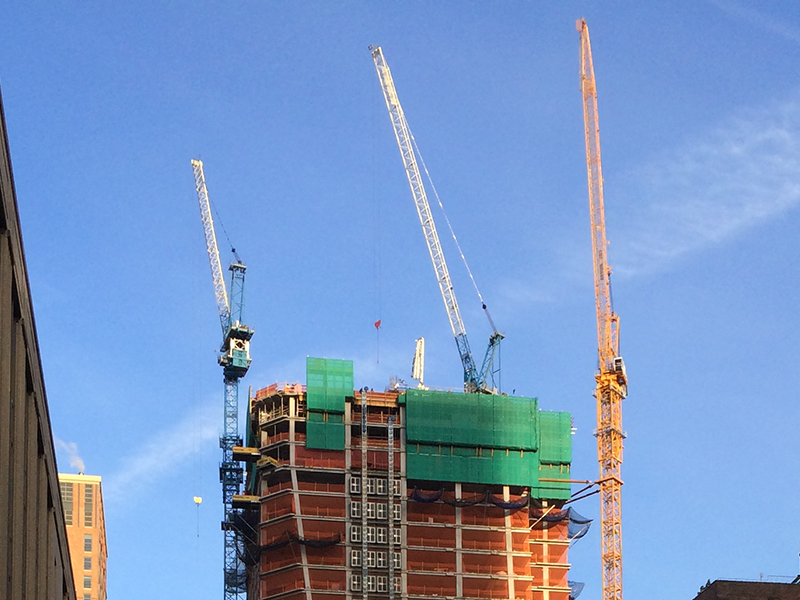 A new joint study conducted by Hoyt Advisory Services and commissioned by the National Multifamily Housing Council (NMHC) and the National Apartment Association (NAA), revealed that by the year 2030, approximately 4.6 million new apartments will be needed in the United States to keep up with demand.

Among the causes of this pressing need are delayed marriages, an aging population and international immigration.

“There seems to have been a fundamental shift in attitude towards renting, in particular apartment rentals, and people are waiting longer to get married and have kids, and renting apartments lends itself to those who have not made those major life changes yet,” Caitlin Walter, director, research for the NMHC, told MHN. “Some Baby Boomers may not want to live in a single-family detached house anymore, they may want the flexibility that renting allows.”

In 2017, about 39 million people are calling apartments home, and since 2012, nearly 1 million new renter households were formed each year. Those numbers have led to exceeding capacity.

The report projected that it would take constructing at least 325,000 new apartment units every year to meet the increased demand, even though builders haven’t come close to that number in the past five years. In fact, between 2012 and 2016, only about 244,000 apartments were built each year.

“The goal of the report is to show that we’re going to have a hard time meeting this demand, especially at the pace of building that going on right now,” Walter said. “The most telling number in trying to meet the demand shows the current rate is not going to meet that demand. The research will hopefully get that discussion sparked in terms of what’s coming.”

People are not buying houses the way they historically have, the report showed. Whereas 44 percent of all households in the United States were married couples with children in 1960, a 2017 world finds this number only at 19 percent.

“This is a problem with all price points, not just Class A properties, the entire spectrum,” Walter said. “We need to build units at the Class B and Class C levels as well, which might be more affordable to the workforce.”

The research also shows that an older population, which is one of the biggest areas of population growth, will drive future apartment demand, especially in the Northeast, where those 55 and older are expected to account for 30 percent of all rental households.

According to the report, Raleigh, N.C., tops the list in terms of need, with 74,323 new apartments, an increase of 69 percent, needed to fill expected demand by the year 2030. That means the city would require an average 5,309 units more per year by then.

“Nationally and here in Raleigh, we’re experiencing fundamental shifts in our housing dynamics, as more people are moving away from buying houses and choosing apartments instead,” Jacob C. Rogers, Triangle Apartment Association’s government affairs director, said. “Population growth in the metro area has been fueled by migrations into the area, which are twice the natural population growth.”

Other cities that are high on the list include Orlando, Fla. (needing an increase of 56.7 percent), Austin, Texas (48.7 percent), and the New York City metro area, which will call for an additional 278,634 apartment units.

A follow-up report will be released in two weeks that will suggest solutions as to what can be done to meet the demand.