New Standards for Wind and Seismic Design and Construction 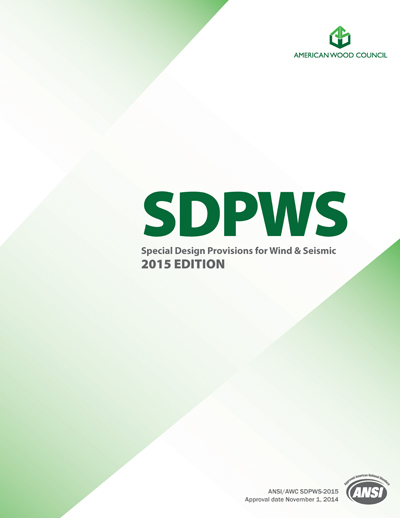 “A lot of these wind load standards provisions are very complex so we try to simplify that process for the designers and develop the wood standards to make it easier for them to comply with those load standards,” AWC Vice President John Showalter told MHN.

The SDPWS standard was updated to incorporate new guidelines for seismic and wind design of cantilevered wood-frame diaphragms that provide vital design explanations, especially for the design of open front wood-frame structures. An example of this kind of open front structure is a corridor wall structure where walls found at the structure’s interior offer all resistance to wind and seismic build-up in the direction parallel to the length of the walls. Also included are revisions to standards for anchorage of bottom plates and sill plates where wood structural panels are used to resist combined wind uplift and shear loads. New anchor bolt spacings range from 16” o.c. to 48” o.c. with more spacing permitted for circumstances susceptible to reduced wind uplift based on research of The Engineered Wood Association (APA). Showalter and the structural engineer director told MHN about 2008 research done at Oregon State University on this topic. One of the areas they wanted to address was wind uplift on a structure and finding a way to keep the bottom plate attached to the ground. They tested three-inch by three-inch anchor bolt plates and found this greatly enhanced the performance of wood structures by making them sway more compliantly. From a construction standpoint, this flexibility will save a lot of labor and time in the building process.

Additional updates to the report are: a section on design of wind uplift force resisting systems, an outline of seismic anchorage of concrete/masonry structural walls to wood diaphragms consistent with ASCE 7 Minimum Design Loads for Buildings and Other Structures, inclusion of a minimum of three-foot nominal depth for framing/blocking in wood structural panel high load diaphragms, and new requirements for design of high aspect ratio shear walls resisting wind and seismic loads. 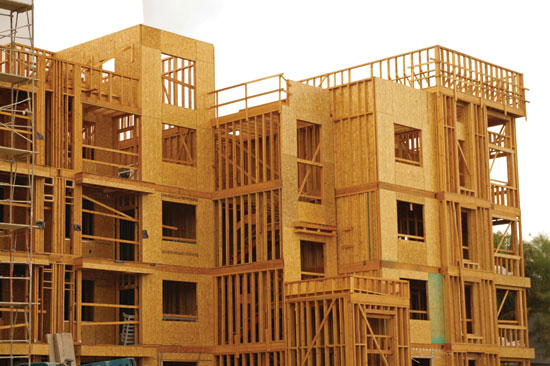 Showalter said Hurricane Andrew in Florida in 1992 created a lot of damage so that began a push toward more rigorous requirements in wind load areas. Wooden structures have a proven safety record for high wind resistance and seismic forces. Years of research and experience show the connections used to fasten the wood together provide ductility so as long as a structure is properly designed and constructed in accordance to building codes, it will perform well in even the most severe winds and seismic occurrences. Also, wood lowers a building’s carbon footprint by continuing to store carbon absorbed during the tree’s growing cycle, keeping it out of the atmosphere for the lifetime of the building. It will do this even longer if the wood is reclaimed and reused or manufactured into other products. When used in place of fossil fuel-intensive materials such as steel and concrete, it also results in eluded greenhouse gas emissions.

Showalter explained that the new standards will affect future development in the design of corridor structures. There used to be a sense of ambiguity in the way open front structures were designed because different engineering firms were interpreting it in different ways. The structural engineer director led a task force that brought engineers together to reach a consensus and create a transparent, level playing field.