To make way for the new development, the company will demolish the existing retail and industrial buildings on the newly acquired sites. 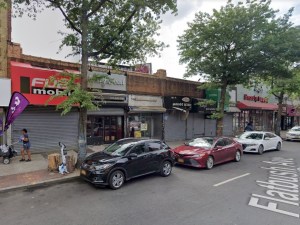 New Empire Corp. has acquired a site assemblage totaling 0.9 acres in Brooklyn for $18 million. The company plans to develop a project that will bring as many as 150 condominiums and ground-floor retail to the New York City borough.

The adjacent plots are situated at 757-767 Flatbush Ave. and 21 Lenox Road in the Flatbush neighborhood. The developer plans to demolish all existing buildings on the sites, including several shops and an industrial facility, according to Yardi Matrix.

Upon completion, the residential project will feature one- and two-bedroom floorplans, indoor and outdoor amenities, as well as a landscaped courtyard.

Located along the Flatbush Avenue retail corridor, the ensemble is just one block from Prospect Park and its numerous facilities, such as a skating ring, bike paths, the Prospect Park Zoo and a tennis center. The Parkside Avenue and Winthrop Street subway stations are within walking distance of the site, providing easy access to Manhattan.

New Empire has been busy acquiring land and developing condominium buildings throughout the New York City metro area. In June, the company unveiled plans for a 120-unit project in Queens. The 19,000-square-foot corner site traded for $16.2 million. Earlier this year, the local developer purchased 24-01 Queens Plaza N. in Long Island City, with plans to break ground on a more than 100-unit condo project in the spring of 2023.