The new affordable housing at Halletts Point will transform the isolated stretch of the Queens waterfront into a residential community with a new supermarket, retail and community space. 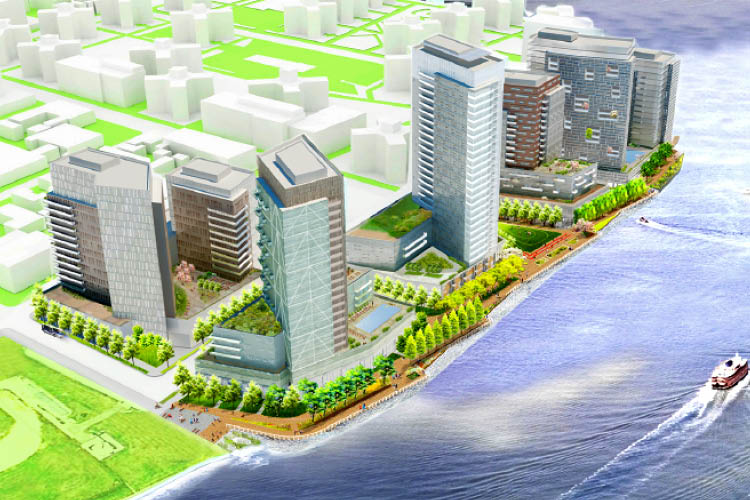 New York—It looks like more affordable housing is coming to the Big Apple as Mayor de Blasio, NYC Housing Preservation and Development (HPD), Queens officials and residents, and The Durst Organization broke ground on new apartments for low-income families in Hallets Point in Astoria. The $1.5 billion development, a joint venture between The Durst Organization and Lincoln Equities Group LLC, will also include a new school, new open space, renovated playgrounds and better transportation for Astoria residents. The joint venture also guided the project through a seven-year approval process.

These new units are part of the Mayor’s Housing New York plan, which has already financed more than 40,000 affordable apartments, enough to house more than 100,000 residents.

“This has to be a city for everyone, and that’s what we’re doing every day as we build a new generation of affordable housing for families in need. We’re thrilled to get shovels in the ground and bring a long-awaited addition to this community to fruition,” Mayor de Blasio said. “This is a project that delivers for the nearby Astoria Houses and strengthens this community with a new school, open space and a supermarket.”

Douglas Durst, chairman of The Durst Organization added that this is the first time in the company’s 100-year history that it has developed outside of Manhattan. “We believe Hallets will be a model for community involvement, sustainability and large-scale mixed income housing development,” he added. 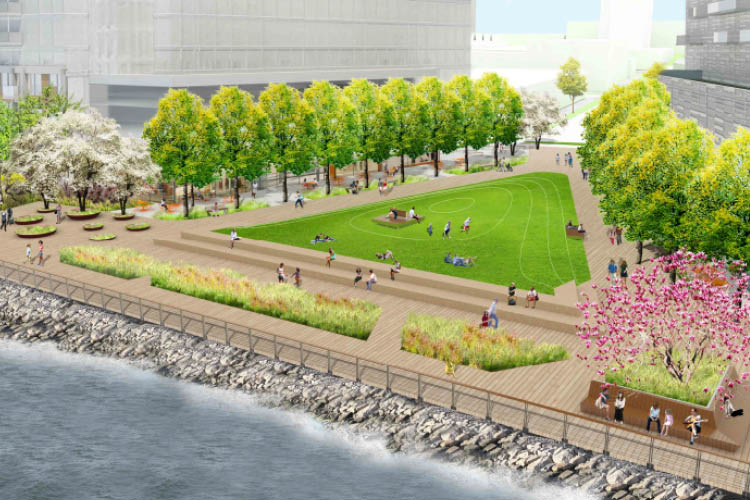 The first building, which has just broken ground, will open in 2018 and include 405 units, with at least 85 units set aside as affordable to low-income families earning 40 and 50 percent of AMI (or incomes ranging from $24,000 for an individual to $38,000 for a family of three). The building will also have a full-sized supermarket as part of the city’s Food Retail Expansion to Support Health (FRESH) program, which provides zoning and financial incentives to promote creation and maintenance of neighborhood grocery stores in the five boroughs’ underserved communities.

Upon completion, the overall Hallets Point development will have about 2,400 units, including at least 483 affordable housing units. Residents of nearby Astoria Houses, a more than half-century old development with 22 buildings, will have a residential preference for 50 percent of all the affordable housing units. Additionally, two of the seven residential buildings will be 100-percent affordable and are being developed in partnership with Jonathan Rose Cos. The project includes 65,000 square feet of retail and community-use facilities.

The 2.5 million-square-foot project will also include green features such as onsite power generation and a waste water recycling system, which will repurpose more than 130,000 gallons of water per day and prevent waste water from being dumped into the East River.

Other community improvements include: