More than $30 billion has been invested by private sector partners into the military housing P3s, at a leverage ratio of $8 private for every $1 public. 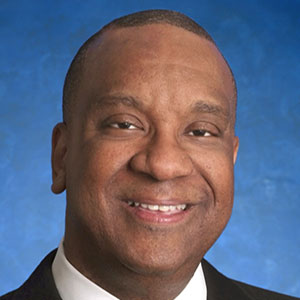 While most people associate Public-Private Partnerships (P3s) with new models of how to fund improvements to roads and bridges, there is more to the story: P3s also provide funding for mission-critical infrastructure. A prime example is the United States’ experience with military housing over the past 20+ years and its track record of overall success. It provides an important case study for all P3s—with a significant cautionary note for policymakers.

In the early 1990s, the Department of Defense struggled with less than desirable housing for its enlisted military personnel and their families. The homes and communities were weathered and deteriorating. Military members and their families suffered, creating a significant issue with retention, recruitment and readiness.

Faced with overwhelming funding needs that could not be met by Congress, the DoD looked to private sector companies, and P3s, for help in updating and building housing, and to assume responsibility for family housing on all military installations across the country. Congress enabled that transition in 1996 by including the Military Housing Privatization Initiative provision in the annual National Defense Authorization Act. MHPI remains the largest P3 within the U.S. federal government, with more than 200,000 military housing units privatized as of 2016.

The best practice structure for a P3 includes the public entity and the private developer forming a long-term partnership, which allows for the communities’ sustainability over time. The private developer serves as an active participant in the project by financing, constructing and managing the assets, thereby having a vested interest in caring for and maintaining the homes.

Private sector companies deploy their capital within a P3 when there is a reliable expectation of return over the life of the initiative. For military housing, service members’ Basic Allowance for Housing has served as a critical component to dramatically improve living conditions for our military service members and their families. It has been key to ensuring their homes continue to be upgraded and maintained. Fundamentally, developers must understand the amount of a military service member’s BAH over time (it varies based on rank and location) to create pro forma financial plans and underwriting for bonds sold to finance the initial construction and ongoing renovations.

More than $30 billion has been invested by private sector partners into the military housing P3s, at a leverage ratio of $8 private dollars for every $1 public dollar. When the current administration seeks infrastructure to leverage at $4 to $1, or even $5 to $1, it only needs to examine the military housing example.

While the program is one of the most successful to date, there is a warning to heed as well. Policy enacted by Congress in the FY15 National Defense Authorization Act changed the terms of agreements between the government and private sector by reducing the percentage of BAH developers received. Reducing BAH lowers the revenue used for debt payments, operations and maintenance, and recapitalization accounts (what is used to perform ongoing major renovations of homes). As a result, many military housing projects were poised to suffer, potentially go into default, and ultimately decrease the quality of life of our military service members and their families living on military installations. A March 13, 2018, report by the non-partisan and fact-based U.S. Government Accountability Office confirmed the negative impact.

In early August, Congress approved the FY19 NDAA, which includes a pay raise for service members and returns vital funding to P3 housing providers. With the signing of the bill, President Trump reversed the reductions to BAH for those living in on-base housing, which was slated to hit 5 percent in 2019.

The outcome of the FY19 NDAA was critically important for the future sustainability of military housing providers—and a lesson for decisions on future infrastructure projects. Unfortunately, there’s no guarantee that this vital funding will remain past FY19. P3s cannot succeed if their foundational premise is undermined. Moving forward, we would be wise to recognize that policy shifts are not just numbers on a spreadsheet—they hit home.

With more than 30 years of experience, Sinclair Cooper is responsible for the development of institutional public-private partnership opportunities throughout the United States and is an executive leader of Hunt’s Military Housing Privatization Initiative. Hunt is the largest military housing developer in the U.S.