By Ioana Muresan
November 25, 2021
Self StorageNewsSouth 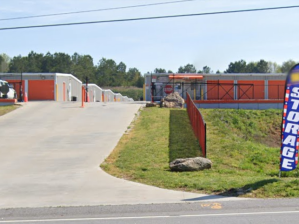 Located at 6280 Clemson Highway, the facility offers both climate- and non-climate-controlled units across 12 single-story buildings. Storage spaces range from 100 square feet to 200 square feet and include drive up access. The property features round-the-clock digital surveillance and keypad access.

According to data from Yardi Matrix, the asset is one of six facilities within a 3-mile radius. Most of the self storage properties in the area were built in the 1990s, making Fort Knox Climate Storage the most recent addition to the area’s inventory.

In April, Midcoast’s Michael Morris arranged the sale of two other South Carolina self storage facilities in Elgin and Blythewood.