MHN Special Report: How Policy Will Shape Affordable Housing in 2023

What to know about the pivotal proposals that will influence development and finance in the sector. 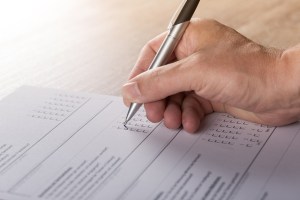 Image by andibreit via Pixabay

The affordable housing crisis will be at the top of the multifamily industry’s policy challenges again this year. Sponsors, public agencies and residents alike are caught in the squeeze of supply shortages and unremitting demand. According to data from the National Low Income Housing Coalition, there is a coast-to-coast deficit of 7 million units intended for low-income renters. More than half the populations of every state making 30 percent of their area median income are experiencing severe cost burdens.

Building the largest number of affordable units quickly and cost-effectively is paramount, yet a variety of regulatory and economic hurdles stand in the way. That scarcity has been exacerbated by numerous ongoing struggles, including increased construction and labor costs, above-average rent increases and a challenging financing landscape.

A recent flurry of affordable housing-related proposals, legislation and regulations on all levels of government reflect a heightened degree of awareness of the issue, if uneven potential to address the issues.

On the plus side, the magnitude of the issue is motivating bipartisan support for passing affordable housing legislation, despite sluggish progress. Despite a lack of federally passed affordable housing legislation last year, the latest installment of the bipartisan Affordable Housing Credit Improvement Act, has the potential to reduce previous barriers to the development of new housing, according to Paula Prahl, chief corporate affairs officer & executive vice president at Dominium.

Key provisions include steep reductions to the 50 percent test in the activity bond financing threshold for the acquisition of Low-Income Housing Tax Credits to 25 percent. “The big one for us is the reduction of the 50 percent test that applies to the [LIHTC] bond program, and the credit allocation increasing by 50 percent is a big deal to the industry,” Prahl said.

The bill offers potential to ease development cost burdens with a 9 percent credit allocation increase, particularly for the firm’s non-profit development partners, said Dominium Government Relations Associate Khayree Ducket. “It’s become even more important for our partners on the pro bono side, in that they have seen a decrease in their resources because of a loss of that allocation last year,” Duckett said.

Paul Weissman, senior managing director & head of affordable housing production at Lument, endorses the bill’s approach. A big reason is that much of the nation’s affordable housing inventory, built in the 1990s, could opt out of affordability restrictions over the next few years. “Losing those units to market conversion could mean that we might end up with fewer restricted units five years from now than we have today, since new units are so costly to build,” Weissman told MHN.

In other words, time is of the essence. Consequently, the bill, if passed, could promote welcome increases in transactions and construction volumes, especially for both new projects and redevelopment of existing buildings to affordable housing. “At the end of the day, that could effectively double the number of transactions funded with 4 percent tax credits,” Weissman added.

Beyond the flagship legislation for affordable housing development, the Choice in Affordable Housing Act could incentivize private sector participation in the development through the Section 8 Housing Choice Voucher Program. Greg Brown, senior vice president of government affairs at the National Apartment Association, emphasized the importance of public-private partnerships in alleviating the crisis. “The [development] program succeeds when you have strong participation from the private sector,” Brown said. 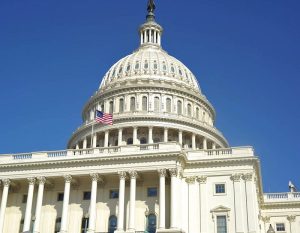 Photo of the U.S. Capitol. Image courtesy of Ian Lee via Flickr

Brown also points to the Yes in My Backyard Act, which would track irresponsible and discriminatory land-use policies on the part of Community Development Block Grant program recipients. He characterizes it as offering potential to optimize existing space for redevelopment into affordable housing. “Seventy-five percent of the country is zoned single-family … (we need) to require CBG to report on how they’re removing those barriers.”

Shannon Longino, regional vice president at the Institute of Real Estate Management and a senior vice president at Truist Bank, welcomes these goals. “It’s a step in the right direction, and I’m eager to see it how it will bridge those gaps,” she said. “It brings growth of knowledge and an awareness of how to bring more affordable housing units to families.” That said, Longino believes that lawmakers are best positioned to produce the most meaningful action. “It’s not something that we can do overnight, because we need the policies, procedures and practices from the support of legislation,” Longino opined.

Weissman agreed, and cited the progress that the plan has seeded with its zoning reforms. “The YIMBY movement has had a fair amount of traction, notably in California, where ADUs (accessory dwelling units) are being accepted and developed, which meaningfully increase density and housing supply by utilizing excess land capacity in neighborhoods that are already built out.”

However, Weissman sees the plan’s intent as admirable, yet he regards it as more symbolic than practical in some ways. In his view, the program’s prioritization of credits for nonprofits and government agencies ahead of for-profit builders misses important realities. “[It] ignores the fact that a large proportion of affordable housing has been built by for-profits and institutional investors.”

According to Duckett, one welcome innovation of the Housing Action Plan is its freeing up of fiscal recovery funds for affordable housing development. Efficiency in getting development funding to where it is needed is more important than the process, he observed: “It speaks to the further work that can be done through all sources of funding that was part of their supply action plan to harmonize HUD funds, and those from the Treasury and Agriculture (departments).”

Where Congress and the White House have said many of the right things yet acted slowly, state and local governments have often taken more immediate action. Prahl highlighted two examples: California’s unique private activity bond allotment, which the state has directed toward supporting further multifamily development, as well as Minnesota’s 55 percent cap on LITHC financing for any project, so that no development is over-subsidized. “Those are savvy states because they’re figuring out how to pool the most resources to support the development of affordable housing,” Prahl observed.

At the municipal level, Duckett noted Nashville’s prioritization of affordable development, in addition to Austin’s density bonus program, which encourages the construction of affordable housing downtown. “Initiatives at the local [level] are some of the most impactful … and can decrease the time we need to get those new units on the ground,” Duckett told MHN.

As Prahl summed up the issue: “Housing is a supply-and-demand problem, and we have got to work the supply.”