The waterfront development is situated along Biscayne Bay in the Arts and Entertainment District. Of Aria on the Bay's 648 units, 80 percent are already under contract. 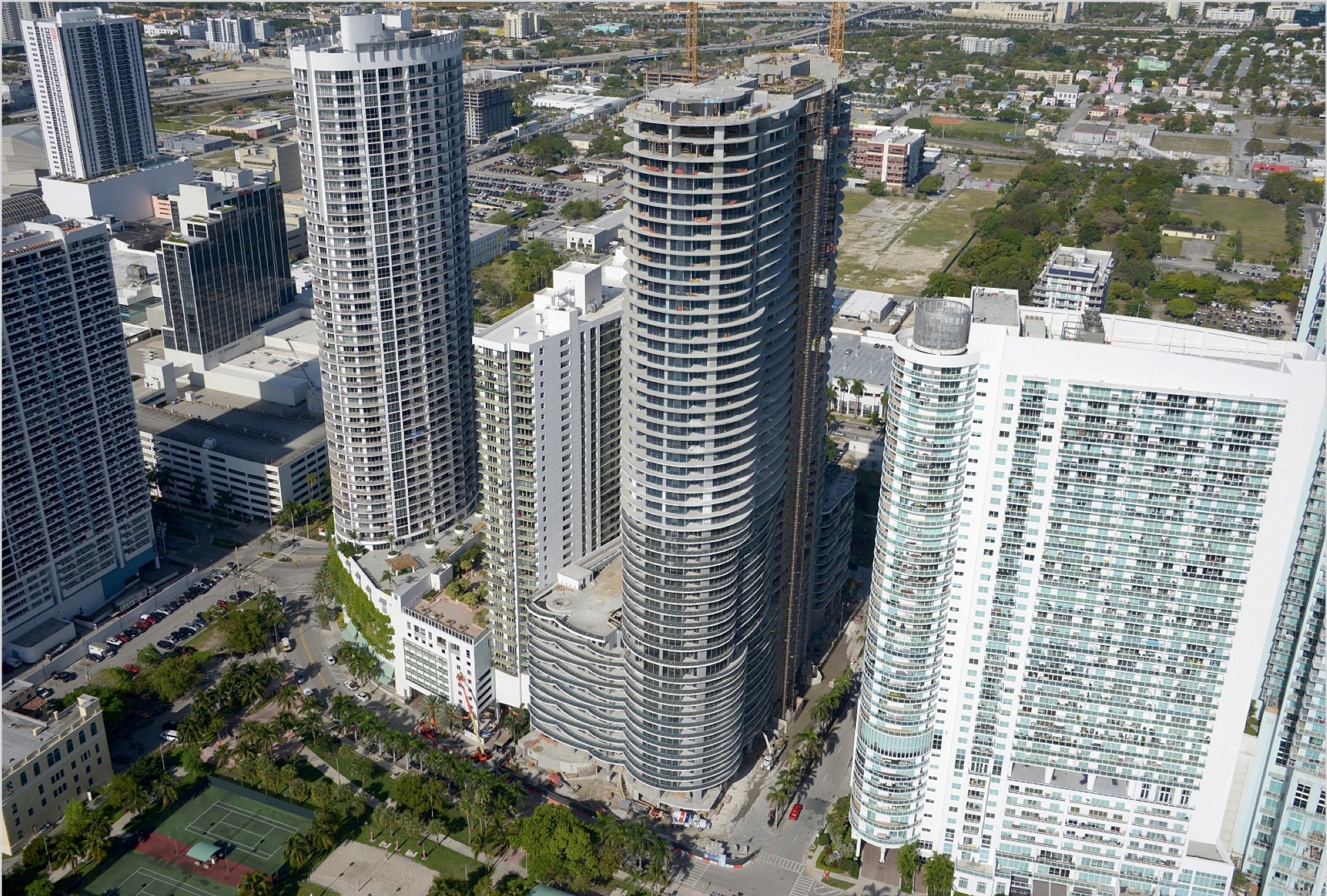 Aria on the Bay, a luxury condo tower in Miami, has topped off construction at 53 stories. Announcement of the milestone was made by developer Melo Group. The waterfront development is situated at 1770 N. Bayshore Drive, along Biscayne Bay in the Arts and Entertainment District. It is slated to reach full completion early next year.

Some 80 percent of the 648 units at Aria on the Bay are already under hard contract. In an endeavor to lure local and domestic buyers to the luxury towers’ remaining inventory, Melo Group has lowered buyers’ deposit requirements from 50 to 35 percent, and to as low as 20 percent for residences selling for $1 million or more.

Featuring one- to four-bedroom units, among them an array of exclusive tri-level penthouses with private rooftop pools and garden terraces, Aria on the Bay offers unobstructed panoramas on Biscayne Bay, Miami Beach and the city skyline.

Units are priced at about $550 per square foot, and range from the $400,000s for one-bedroom units to approximately $6 million for the penthouses.

Location is a prime factor in the rapid success Aria on the Bay has achieved with buyers from Florida, the U.S. as a whole and many foreign countries, Melo added.

“Buyers are attracted to the project’s convenient setting in the center of Miami’s thriving urban core—with places like Brickell, the Design District, Midtown, Wynwood and Miami Beach all just minutes away,” he observed.

“Several public transit and alternative transportation options are within walking distance, with trips to South Beach and the Brickell Financial District only a few minutes away. Residents will also have access to Miami Beach via a pleasant 10-minute bike ride over the Venetian Causeway, located just two blocks from the property.”

Compared with other highly-sought American big cities, downtown Miami provides a comparative value highly appealing to buyers. “The project has seen an uptick in domestic buyer interest, particularly from the domestic northeast, [where] Miami [is seen] as a value when compared to other top luxury markets across the U.S. including New York, L.A. and San Francisco,” Melo reported.