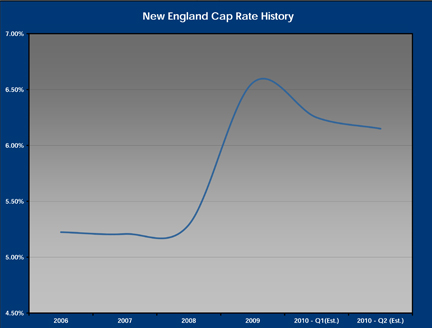 Boston—Apartment transaction volume in the Boston metro area has been very slow, with only about nine sales (over 80 units) in the greater Boston area in 2009-2010.

Cap rates on Class A assets rose to about 6.5 percent in 2009, reports Richard Robinson, president of Apartment Realty Advisors-New England and executive vice president for the Nordblom Company. However, he notes that deals transacting now are achieving just under a 6-cap for Class A properties.

At the same time, Class B and C products, particularly those in the suburban markets, traded for between 7 percent and 7.75 percent.

While Boston did lose finance and manufacturing jobs, the employment market is relatively strong, and in the last two months, the market has been neutral or positive. According to the Bureau of Labor Statistics, the unemployment rate for the Boston-Cambridge-Quincy, MA-NH market was 8.9 percent as of February 2010, as compared to 9.3 percent the month prior. 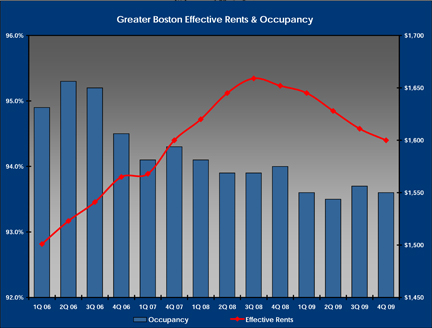 “The beauty of Boston is that we lost some of the major banks in the ‘80s and ‘90s so we made up for that in diversification in various types of tech and biotech and pharmaceuticals,” notes Robinson. “And then when we had the tech bubble bust we had the same thing happen, where we had an infusion of more healthcare-related industries. We’ve always had the schools so we have a very diverse economy.”

The metro area is looking forward to when jobs are created in the healthcare and education industries, Robinson tells MHN. Since 2005, about 26,000 new jobs have been created in these sectors.

Occupancy in the greater Boston area was about 93.5 percent, as of the fourth quarter of 2009, but this number should increase in the next few quarters, as the construction market has “fallen off very steeply,” according to Robinson. At its peak, the metro area saw 5,700 units delivered annually, but the market is slated to see fewer than 2,000 units added between 2010 and 2011.

Rent-wise, the market has seen gradual decreases each quarter, starting in the fourth quarter of 2008. Current rents are down about 8 percent from peak, Robinson points out. And whether these rates will continue to decline or flatten out depends on employment growth and development, he adds.