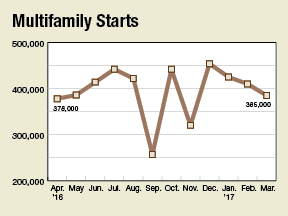 According to the U.S. Census Bureau and the U.S. Department of Housing and Urban Development, starts of buildings with five or more units, measured at a seasonally adjusted annual rate, fell by 6.1 percent over the month of March 2017 to 394,000, its third consecutive monthly decline. However, compared to the same month one year ago, starts of buildings with 5 or more units rose by 9.1 percent, its fourth consecutive annual increase. 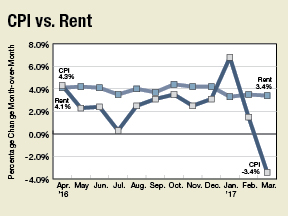 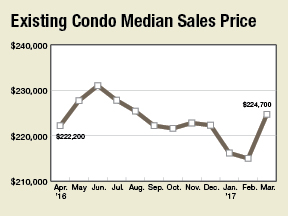 In March 2017, sales of existing condominiums and cooperatives rose by 5 percent to 630,000 units. Regionally, the 5 percent increase in condo and co-op sales nationwide reflected gains in the Midwest (12.5%), the Northeast (9.1%) and the South (7.7%). In contrast, sales in the South fell by 6.7 percent. The inventory of existing condos and co-ops rose by 5.2 percent in March. There are 222,000 condos and co-ops in inventory. Since the pace of sales growth was similar to rate of inventory growth, then the months’ supply, which represents the number of months it would take to exhaust the existing condo and co-op inventory at the current sales pace, was unchanged at 4.2 months. Median prices on condos and co-ops nationwide rose by 8 percent over the past year to $224,700 in March. 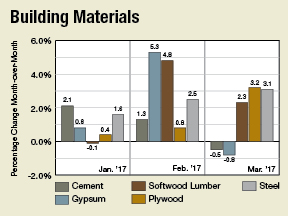 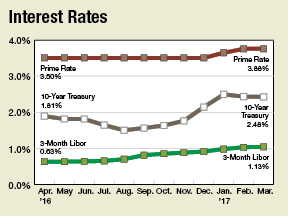