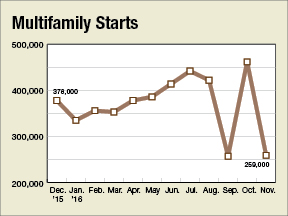 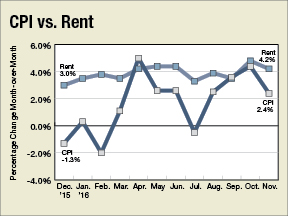 After accelerating for three consecutive months, growth in the headline consumer price growth (CPI) slowed in November. Over the month of November 2016, the CPI increased by 0.2 percent, half the rate of growth in October. The slowdown in growth partly reflected a deceleration in energy prices. In November, energy prices grew by 1.2 percent, 2.3 percentage points less than its level in October. At the same time, the growth in shelter prices also slowed in November to 0.3 percent, from the 0.4 percent rate increase recorded in October. Rental prices, a component of overall shelter prices, also grew by 0.3 percent over the month, less than the 0.4 percent rate of growth in October. Despite a slowdown in growth of shelter and rental prices, core-CPI, which excludes energy and food prices, accelerated from 0.1 percent growth in October to 0.2 percent in November. Nevertheless, since the increase in rental prices exceeded the monthly rise in overall inflation, as measured by core-CPI, then NAHB’s Real Rent Index rose, increasing by 0.2 percent on a monthly basis. More precisely, rental prices grew by 0.35 percent over the month of November and core-CPI rose by 0.15 percent resulting in a 0.19 percent increase in NAHB’s Real Rent Index. Over the past 12 months, the Real Rent Index has risen by 1.7 percent. 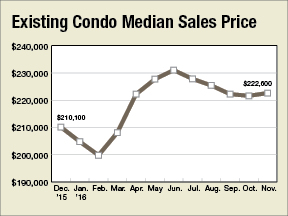 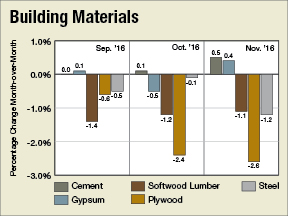