The commitment will be aided by backing from a large global asset manager. 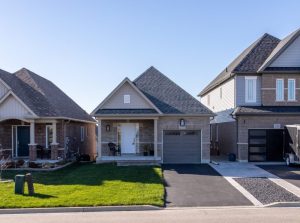 Image by Dillon Kydd via Unsplash

LendingOne will deploy $3 billion in capital into single-family rental (SFR) loans in 2022 aided by backing from a large global asset manager.

The Boca Raton, Fla.,-based lender declined to identify the global asset management firm, only noting that it is one of the largest in the nation. CEO Matthew Neisser made the announcement about the 2022 funding plans at the IMN Single Family Rental Forum in Scottsdale, Ariz., where he was also a conference panel moderator. Neisser told the attendees LendingOne was one of the first national lenders supporting the SFR strategy and recognized that it is important to help support the next level of growth for new and existing sponsors.

The SFR market has been growing in recent years, particularly during the pandemic, as renters left urban areas in search of larger homes with yards. Institutional investors have been flocking to the sector in the past year, including private equity giant Blackstone, which said in June it was acquiring Home Partners of America, a SFR company that owns more than 17,000 homes across the U.S., for $6 billion.

LendingOne launched SFR lending in 2016 and was one of the first to offer a 30-year SFR loan. The lender is on track to make more than $1 billion in SFR loans this year, Neisser told Multi-Housing News. During the IMN forum, Neisser said the firm would now be able to provide lower rates and non-recourse commitments up to $250 million with the backing of the global asset manager.

Asked by MHN if LendingOne has had this kind of significant backing in the SFR lending space in the past, Neisser said, “Yes, we have had institutional access to capital but not specific backing of both debt and equity in a real commuted way.”

Most of LendingOne’s SFR lending activity has occurred in Arizona, Florida and Georgia, although the lender highlighted one 22-property portfolio deal in Mississippi that received financing of nearly $1.8 million in a refinancing and cash-out transaction in April. The firm said its SFR lending deals can run from five to more than 150 properties but the typical deals range from 20 to 25 properties with an average of $2.5 million in financing.

“We are closing hundreds of millions of dollars in SFR in the quarter, focusing on a mix of clients that are regional operators, funds and VC-based companies,” Neisser told MHN. “Loans have ranged from $1 million to $50 million. Most loans are non-recourse term loans and a mix of 30-year fixed.”

LendingOne describes itself as the fastest growing nationwide SFR portfolio and rental aggregation lender. The firm states it has more than 1,000 existing clients that are yearly repeat customers as they build their portfolios.