Work on the 140-unit The Watson on Howard is scheduled to begin by June, with occupancy expected by July 2018. This community will feature the largest number of workforce units ever financed under MassHousing's Workforce Housing Initiative. 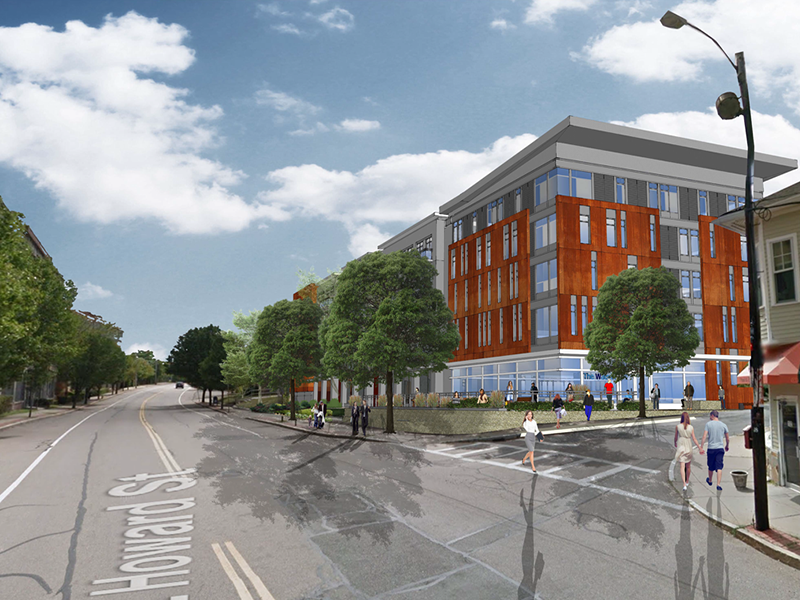 Quincy’s The Watson on Howard

WinnDevelopment and its partner NeighborWorks Southern Mass are moving forward with their $44 million workforce housing community in Quincy, Mass., which will feature the largest number of workforce units ever financed under MassHousing’s Workforce Housing Initiative.

“This development is aimed at people who have incomes too high for subsidized housing but are priced out of affordable market rents as housing costs continue to rise,” said Gilbert Winn, CEO of WinnCompanies. “This is going to be a high impact project for those who are under-served in the community.”

The current brick office building at the 1.7-acre site will be demolished to build The Watson on Howard, a 140-unit community that will feature 28 affordable apartments at 50 percent AMI, 86 middle income housing apartments at 110 percent AMI and 26 unrestricted market rate units. The building will comprise eight studio, 85 one-bedroom and 47 two-bedroom floorplans. Community residents will have access to amenities such as a gym, community room and courtyard.

Construction will be financed by Citigroup, city and state soft loans, Low Income Housing Tax Credit equity, deferred development fees and equity from WinnDevelopment. The project’s income restrictions will be made possible through permanent financing and a workforce housing loan from MassHousing, city and state soft loans, LIHTC equity, deferred development fees and equity driven by the Housing Development Incentive Program, a Massachusetts tax credit program for the creation of housing in cities like Quincy.

“This project represents several firsts,” added Winn. “Middle income apartments make up almost two thirds of the units, which is an outsized proportion nationally. The number of middle income units is very substantial. And finally, it’s rare to see new construction projects of this size with income restrictions.”

Led by WinnDevelopment Vice President Meade Curtis, work on The Watson on Howard is scheduled to begin by June with occupancy expected by July 2018. Cube 3 Studio is the architect for the project, while Dellbrook Construction serves as the general contractor.

“It’s truly fulfilling to see our vision for a high quality residential community with middle income housing options take a step closer to reality on this underutilized infill site,” said David Crocini, of Crocini Consulting, who permitted the redevelopment. “We are thrilled to have WinnCompanies and NeighborWorks Southern Mass, who are highly experienced in this sector, bring our plans to realization.”