Plans include adding more ADA-accessible units, new gutters and roofing, and repaving walkways and roads, as well as adding amenities. 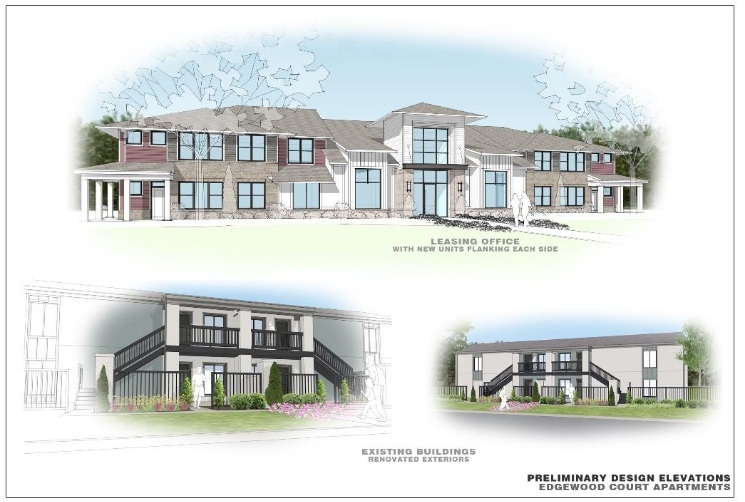 A partnership between Jonathan Rose Cos. and Columbia Residential has purchased a 204-unit apartment community in the Edgewood neighborhood of Atlanta. Edgewood Court Apartments is fully affordable, with all units designated for people at or below 60 percent area median income. Capital One provided a $23.1 million Fannie Mae loan to fund the acquisition, renovation and expansion of the asset. The 16-year fixed-rate loan is being amortized on a 35-year schedule.

Jonathan Rose partnered with Columbia Residential as a co-owner, co-developer and long-term property manager. The two companies have an $18 million capital budget for the redevelopment of Edgewood Court. Financing will be provided by Georgia Department of Community Affairs through an allocation of 4 percent Low-Income Housing Tax Credits and tax-exempt bonds issued by Invest Atlanta. The property was constructed in 1950 and received renovations in 1981. All of its units are part of the federal HUD Section 8 program. The federal contract will be renewed for 20 years.

“At a crucial moment when Atlanta and the rest of the country is facing an affordable housing crisis, it’s more important than ever to create and preserve quality and affordable communities for an undeserved population. We’re committed to delivering sustainable, state-of-the-art housing and accessible community services that will enhance lives and serve families for years to come,” said Jim Grauley, co-founder & partner at Columbia Residential, in a prepared statement.

Built in 1950, the property was last updated more than 35 years ago. The new owners’ renovation plan focuses on energy conservation and sustainability measures certified by Enterprise Green Communities. Upgrades will include:

Construction will begin in the first quarter of 2018 and is slated for completion in early 2019.

Located at 1572 Hardee St., Edgewood Court is near multiple recreational destinations, such as parks and a soccer field. There are also nearby bus stations and a subway station can be reached in about 20 minutes. The intersection of Moreland Avenue and Caroline Street presents multiple shopping and dining destinations, less than a mile away, while downtown Atlanta can be reached in about 10 minutes.

“Edgewood Court represents a terrific opportunity to work with residents and local stakeholders to revitalize and preserve this community amidst a rapidly transforming neighborhood,” said Nathan Taft, managing director of acquisitions at Jonathan Rose Cos., in a prepared statement. “We are pleased to work with Columbia to further our mission in Atlanta and to have received the support of Invest Atlanta and Georgia DCA to purchase and transform the property into a community of opportunity.”

Image courtesy of Jonathan Rose Cos.