South Florida has been witnessing a significant shift towards urban living in recent years. 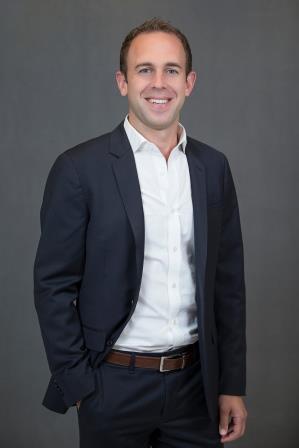 With demand for urban living in Miami at an all-time high, savvy developers are seeking opportunities to build transformational transit-oriented projects, underscoring the impact that the so-called “live/work/ play” lifestyle is having on real estate and investment in the region.

Until this development cycle, there has been a dearth of institutional investment in Class A multifamily properties across South Florida by comparison with similarly-sized Metropolitan Statistical Areas. The three counties that comprise South Florida—Miami-Dade, Broward and Palm Beach—have historically ranked among the top 10 most populous MSAs in the nation, but rank near the bottom of the 50 most attractive markets for institutional investment. Recent transaction and development activity suggests this trend is reversing as institutional-grade equity pours into high-density infill areas like downtown Miami, Brickell, Coconut Grove, Coral Gables and Dadeland—neighborhoods connected by regional rail service.

To wit, there are now more than a dozen transit-oriented residential developments planned or under construction across Miami-Dade County, including several that involve public sector investment. Why? Development near transit helps to maximize public investment in transit. The city, county and developer have shared common goals of attracting residents who want to leverage public transportation, which substantially decreases congestion and parking. At the same time, the trend lines show renters are an increasing percentage of the population and, as noted above, prefer living in dense urban environments.

Our firm is on the forefront of this trend, with stakes in three large transit-oriented development projects. Luxury condominium 1010 Brickell (with Key International), at 50 stories and 387 units, is fully sold and under construction, and resides directly next to the 10th Street Metromover station in downtown Brickell. Motion at Dadeland (with Adler Development) is a 294-unit multifamily apartment building located adjacent to the Dadeland North Metrorail Station, the third-busiest rail station in Miami-Dade, and will break ground in Q1 2016. The building’s proximity to the rail station allowed for the elimination of an entire floor of parking, increasing efficiency and allowing for an improved, double-height amenities deck. Lastly, again with Adler Development, we are negotiating a ground lease with Miami-Dade County for a mixed-use development on the 7-acre plot of land surrounding the Douglas Metrorail Station.

The well-documented benefits of these developments include convenience, cost effectiveness and access to employment centers – but owners and developers are also realizing significant advantages in the form of increased efficiency in space planning, access to floor area ratio (FAR) bonuses and, where applicable, local tax incentives. Additionally, building around transit systems helps cash-strapped local governments (via increased property taxes), revitalizes older neighborhoods and creates new, more livable communities, as well as serves to improve the social conditions in decaying downtowns and bypassed neighborhoods.

With proposed public projects in the pipeline such as All Aboard Florida, Biscayne Green, and the Underline, South Florida’s future is one marked by urbanization and transit-oriented development. We are seeing it unfold before our eyes and looking forward to being a part of Miami’s transformation into a livable and sustainable community.

Jacob Roffman is principal with 13th Floor Investments and concentrates his work on acquisition initiatives, new business procurement, as well as the management and disposition of 13th Floor’s and its affiliates’ real estate portfolio. Specifically, he focuses on commercial and high-density residential opportunities in core urban fill locations across South Florida.