Dallas-based student housing developer and manager Inland American Communities Group has broken ground on a 706-bed mixed-use community adjacent to the northeastern edge of the Georgia Institute of Technology campus in Midtown Atlanta. 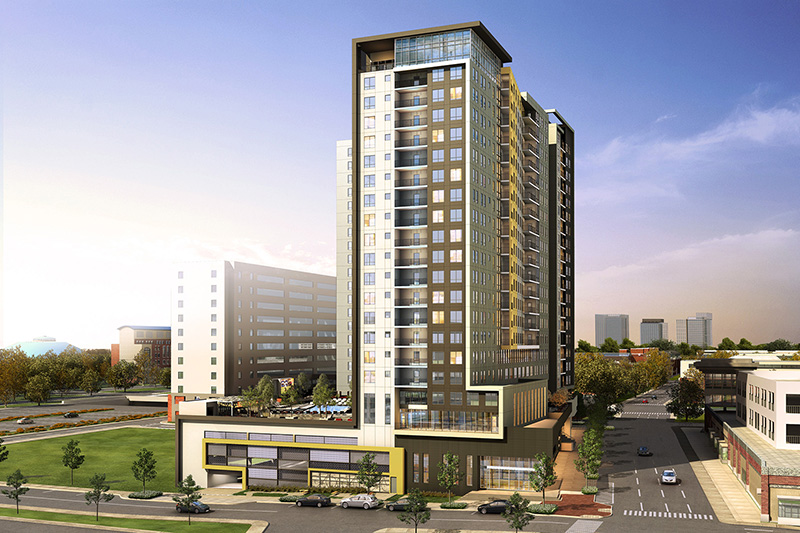 Atlanta—Dallas-based student housing developer and manager Inland American Communities Group Inc. (IAC) has broken ground on a 706-bed mixed-use student community adjacent to the northeastern edge of the Georgia Institute of Technology campus in Midtown Atlanta. The community, IAC’s first in Georgia, will be branded University House Midtown and is expected to open in August 2015 in time for the 2015-2016 academic year.

“The metro Atlanta area has been rated as the fifth largest university metro market in the U.S. and has a number of private and public universities and colleges,” David Pierce, IAC senior vice president of development, tells MHN. “The density of schools within a few miles of the development speaks for itself. In relatively close proximity to our site are a variety of large and small schools, which make viable target markets for our product. Georgia Tech is the closest, but there are other schools as well that might be interested in the highly attractive and highly walkable Midtown area—from young professionals to graduate school students.”

Lease-ups at student rental communities typically start several months prior to the opening of a community, but IAC has chosen to begin its pre-leasing efforts this summer—about a full year ahead of targeted completion.

“Inland American Communities has established a standard of launching pre-leasing efforts a full year in advance, and we expect to be 100 percent pre-leased prior to construction completion,” Pierce explains. “The pre-leasing office will open this summer where students will be able to take a virtual tour and select their preferred apartment unit. The property will open in August 2015, welcoming its first residents for the 2015-2016 school year.

Once completed, University House Midtown will stand at 19 stories and will include a mix of one-, two-, three- and four-bedroom floor plans spread across the community’s 268 units—many of which will include balconies with views of Midtown, the Georgia Tech Campus and downtown Atlanta. The retail component will include more than 10,000 square feet of space.

“There will be a high level of finish in the units including wood-style flooring, granite counter tops and high quality cabinets,” Pierce says. “For the convenience of the student resident, the apartments come fully-furnished, and individual leases are signed per bedroom.” 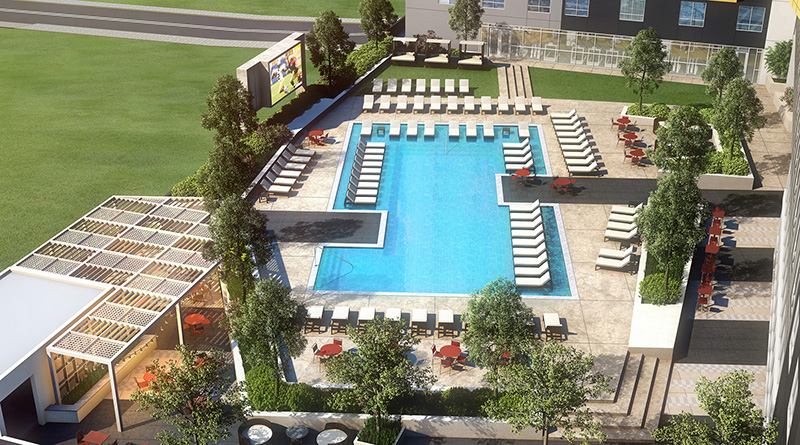 Amenities listed for the community include a resort style pool on an elevated terrace, a top-floor lounge that will offer skyline views, as well as more traditional student housing amenities such as a business center, study rooms, fitness centers and a secured parking garage.

“Inland American develops with the student in mind, so that they are producing not only a cutting edge development, but one that is designed to fit the lifestyle of students who desire the ultimate living and learning environment,” Pierce says.