More than 90 percent pre-sold, the $400 million Anaha is the second condominium project in the 60-acre, master-planned community. 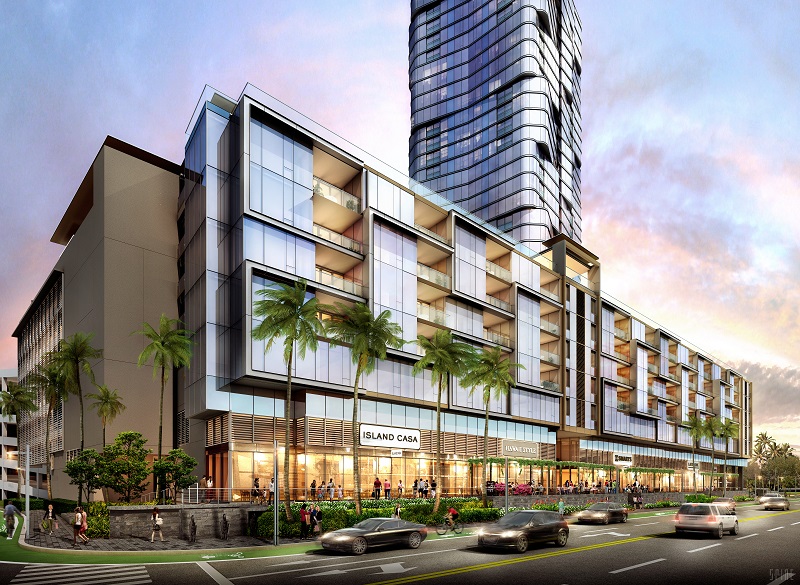 Honolulu–The Howard Hughes Corp. has topped out Anaha, the second residential condominium tower completed within the 60-acre Ward Village master-planned community in Honolulu. Two-acre Anaha is more than 90 percent pre-sold, and Ward Village, with dramatic oceanfront views and a wide selection of retail venues, has contracted to sell more than 1,100 homes to date.

“We realized a tremendous opportunity to deliver much-needed housing to Oahu by bringing Ward Village to life,” Howard Hughes Senior Vice President of Development Nick Vanderboom told MHN. “From 2008 to 2014, we have seen the lowest amount of new housing supply delivered on Oahu relative to population since World War II. Over the next decade, Ward Village will introduce over 4,000 new homes to the region, helping to combat the housing shortage.”

The company was also attracted to the development site, particularly because today’s buyer places a premium on walkability, urban living and quality of life.

“Residents at Ward Village will be able to step outside their front doors and be within a short walk of a world-class selection of retail, dining and entertainment options.” he said. “They will also be steps from the beach and in close proximity to Honolulu’s major job centers, allowing them to enjoy a better quality of life and more time for themselves and their families.”

The 60 acres that became Ward Village represented one of 34 assets spun out of General Growth Properties as part of its 2010 reorganization. That restructuring created The Howard Hughes Corp. as a stand-alone publicly-traded company with a focus on building large-scale communities and complex mixed-use developments, Vanderboom explained.

But the company faced some particular challenges with this asset. In 2015, Honolulu supplanted New York City as the United States’ most costly construction market. 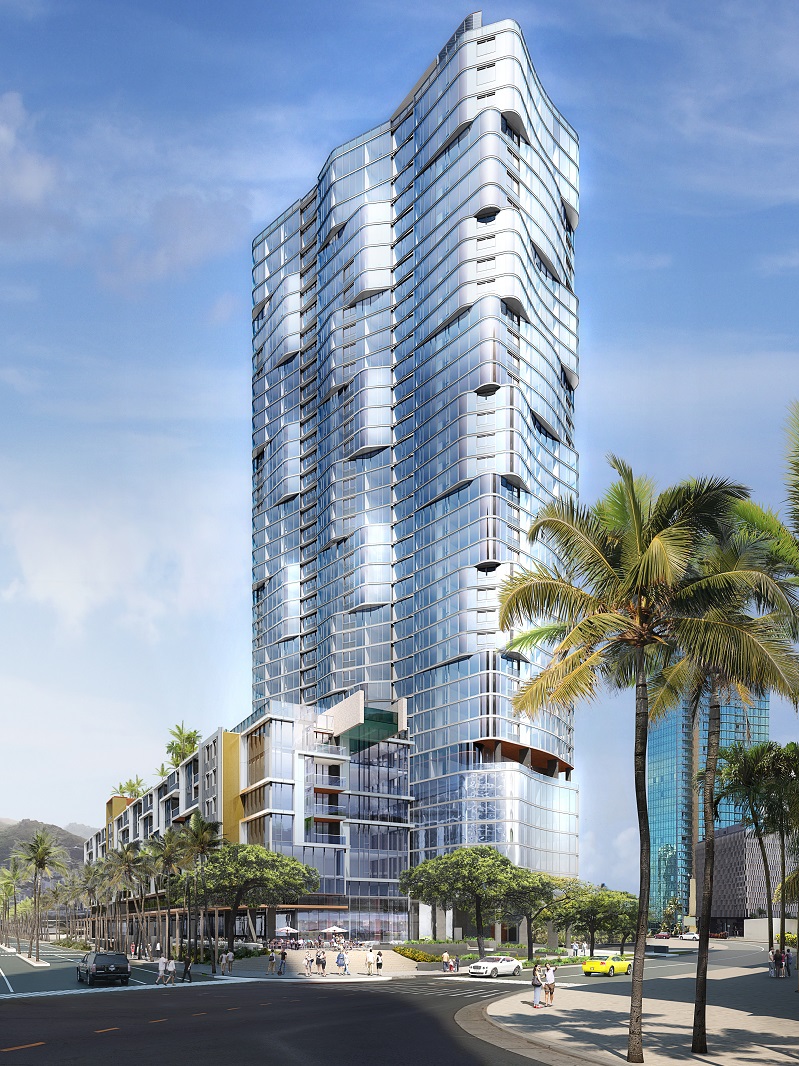 “Our construction team had to work diligently with our design team and contractors to deliver a high-quality product that met our high standards while still staying within budget,” Vanderboom said. “Anaha features a unique architectural design, and we believed the unique design and architecture would command a higher price point from buyers who value good design. We believe that thesis has been proven out with more than 90 percent of the homes in the building contracted for sale today.”

Anaha will provide 244 one-, two- and three-bedroom tower residences as well as 73 low-rise flats and townhomes. “Due to the tremendous sales success at Anaha, we have a limited supply of home still available for purchase,” he added.