How CBRE’s Robert Given Got $100M an Acre in Miami

Recently, CBRE closed the sale of 300 East in Miami for $125 million, or $100 million an acre, which is reportedly the highest price paid for undeveloped land in Miami. MHN talks to Robert Given, vice chairman of the South Florida Multifamily Institutional Properties Group, CBRE, about this sale, and what it means for multifamily development in South Florida. 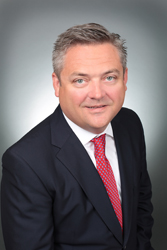 Miami—Recently, Robert Given, vice chairman of the South Florida Multifamily Institutional Properties Group, CBRE, and Gerard Yetming, CBRE senior vice president, closed the sale of 300 East in Miami for $125 million, or $100 million an acre, which is reportedly the highest price paid for undeveloped land in Miami. MHN talks to Given, about this sale, and what it means for multifamily development in South Florida.

MHN: Tell me about the sale of 300 East. Why do you think you were able to get such a high price?

Given: It was a very interesting sale just because of how unique the property was. It was a record-high price because it had the unique characteristics of both being a high-density site, on the water and close proximity to really high-end neighborhood amenities. We are also the only spot where you can park yachts in front of the lot. When you combine all those factors, it’s very unique. While other high-end trades range in the $40 million to $45 million an acre range, this was $100 million an acre. This is because $40-million-an-acre properties have some of those characteristics, but not all of them. They’re either on the beach but are low density, or they are close to all the amenities, but they don’t have great water views. This one just happened to be at the epicenter, and as a result, the sell-out price for a condominium development or a potentially mixed-use development was high.

MHN: Do you think these high prices will become a trend in Miami?

Given: There are not many pieces of property that are as unique as this one. I think that we’re going to continue to see high-level pricing on development sites, particularly on the water, simply because it’s a depleting resource. We’re not making any more of them, and I can count on a few fingers lots like this. But even for lesser-quality lots, you’re going to see historically high pricing, relative to what they are, just because we’re starting to reach a lot of constraints—whether it’s the water on one side, or the interstate on another side. There are natural constraints in Miami that create build-out zones, and we’re hitting those.

MHN: Do you think the condo market will still be doing well in Miami, or will it revert back to rentals?

Given: I think both. I think that we’re about to see the area really transform for a number of reasons. We’re about to see the first passenger railroad system in over 60 years to have its main hub in Miami, and it will stop in Fort Lauderdale, West Palm and Orlando—it’s called “All Aboard Florida.” That’s really exciting because it really connects our regions together. These four major markets are so close to each other that flying doesn’t really make sense, and driving takes up a lot of time, so to see a true passenger train system come in and connect these four major markets, I think it’s going to help transform our region to even more of a world-wide destination and is going to help job growth in all of our downtown areas. Additionally, the port of Miami and the port of Fort Lauderdale have been expanding, and we’re seeing more cargo and cruise ships. So we have a lot of legs: the tourism industry, job growth—which hasn’t truly kicked into high gear—and we continue to be a vacation destination and home destination for people all over the globe, including Europe, the Middle East, South America, Canada, China and everywhere else. That’s why our housing market rebounded so well through the recession.

MHN: You mentioned that Miami is a worldwide destination. Do you think that’s caused an interest from international developers?

Given: Absolutely. For instance, my team specializes in multifamily rental or condo development and sales. We meet with a ton of capital for various projects and a lot of international developers and international architects. So you now have a building project down here that is being developed with a globally known architect. You have global firms down here in Miami. And I think that developers in other countries know that people want to have second homes or vacation spots in Miami, so as a result they look to develop here. It’s a very exciting time to live in South Florida or Miami.

MHN: What are some of the challenges you’ve recently come across?

Given: Like everywhere, we have our challenges. One of the challenges, which we’re seeing across the country, and especially here, is the elasticity of our construction industry is getting stretched pretty thin. The management of construction costs is probably one of the biggest threats to our market, because you can only have so many construction projects at one time. I think quality labor for large construction projects is also stretched pretty thin right now. We have major infrastructure developments going on here, which includes our Port of Miami tunnel. There’s also a percolation of interest in office development.

Another threat is our ability to measure our growth down here. It’s very hard to relate housing demand to growth in South Florida, because so much of the demand comes from snowbirds, visitors and retirees. In other parts of the country there is a distinctive link between job growth and housing demand. In the South Florida region, there is a disconnect.