The University of California, Irvine has announced that it has selected construction and design firm Hensel Phelps in partnership with architect Mithun to design and construct the Mesa Court Expansion student housing community. The $92 million project it targeting LEED Platinum and will add 780 beds to the university’s housing. 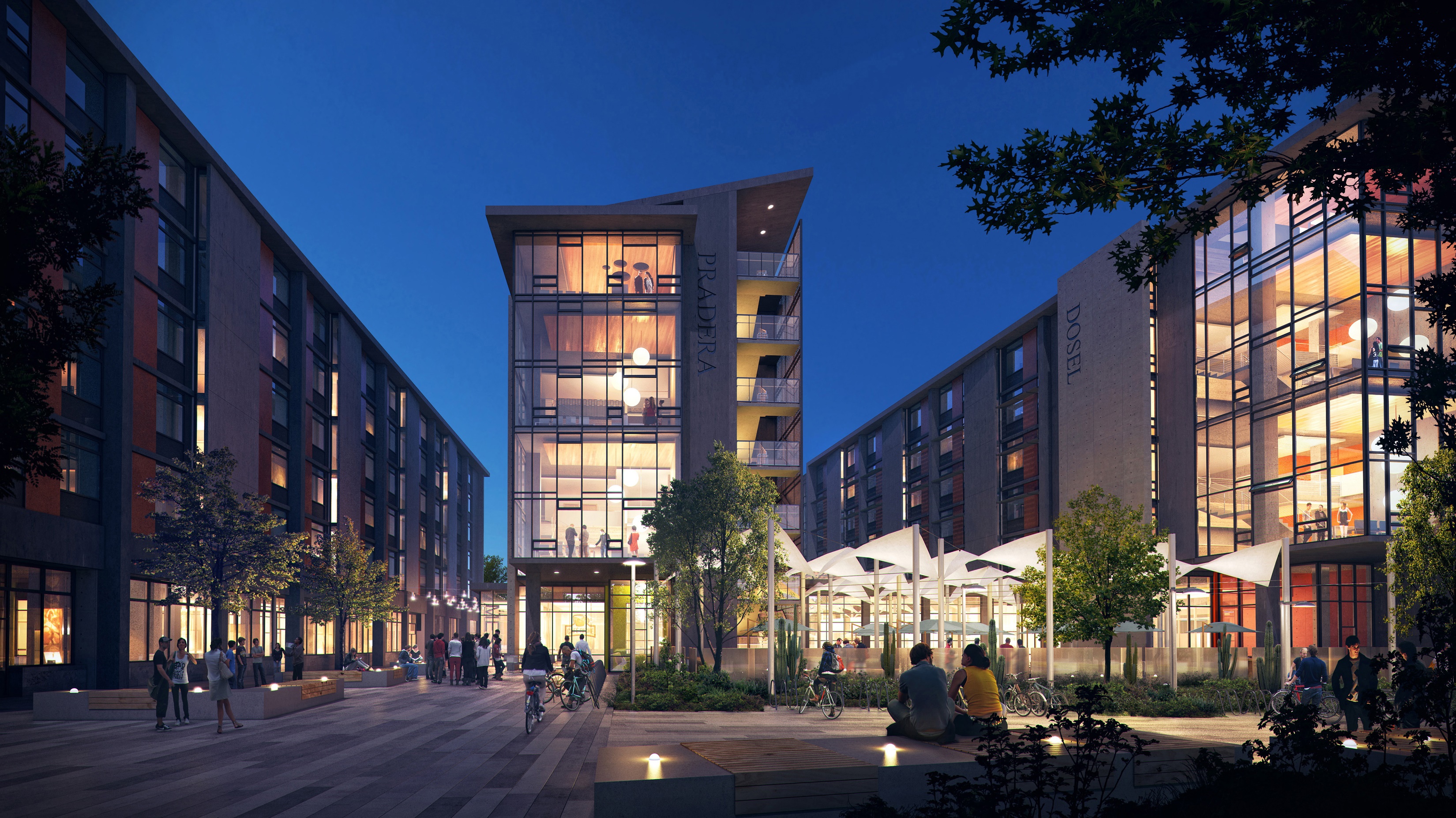 Irvine, Calif.—The University of California, Irvine (UCI) has announced that it has selected construction and design firm Hensel Phelps in partnership with architect Mithun to design and construct the Mesa Court Expansion student housing community. The $92 million project it targeting LEED Platinum and will add 780 beds to the university’s housing.

“University residence design today has a major emphasis on social space. ‘See and be seen’ space, which is abundant throughout Mesa Court, helps create community among college students. Adjacencies are critical, such as the corridors between rooms in Mesa Court’s residential towers that grew to become community spaces with seating areas, combined with circulation,” Bill LaPatra, partner and project director for Mithun, tells MHN.

According to an announcement for proposal made by UCI in January 2014, the project calls for the demolition of the existing Mesa Commons building and maintenance shop and the construction of a new residence hall that will include other common spaces. In addition to the residence hall, the request for proposals also calls for the construction of the Mesa Commons Replacement, Mesa Academic Center and Recreation Center. The university’s maximum acceptance of cost for the project, according to the announcement for proposal, was $94.89 million.

Initial submissions for the project were numerous prior to a short list that was narrowed down to four teams, before three teams competed for the proposal.

The current 1960s-era Mesa Commons building that will be replaced includes a 600-seat dining hall a small recreation center and study lab. The current building stands at 1.5 stories and has become outdated due to the growing need for housing at UCI.

Demolition is set to begin in July with new construction commencing in October. The project is expected to compete in July 2016.

“[Mesa Court] is a state-of-the-art student housing project that will set new standards for student life on campus,” says Hensel Phelps Vice President Cuyler McGinley. “We appreciate the opportunity and look forward to many more with UCI in the coming years. For 30 years in Southern California, Hensel Phelps has been building landmark buildings that inspire performance for our clients and the Mesa Court Expansion project is another great example of innovation through collaboration.”

The new expansion will comprise three, five-story concrete structures that will include a podium level. The residence halls will contain about 250,000 square feet of space and its ancillary common areas will include study rooms, a great room, a fitness center, a recreational room, student office space, kitchenettes and a laundry area. Plans for a new dining venue are also included and that component aims to deliver a “fresh food concept” that will consist of food preparation classes and an extended-hours coffee house. The dining element will serve all students housed in the area, which totals approximately 2,500 students.