The firm completed in-unit and exterior renovations and upgrades during its ownership. 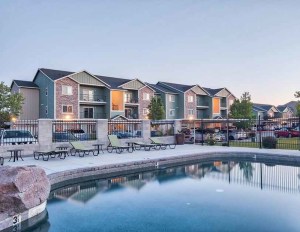 Hamilton Zanze has sold its multifamily community in Meridian, Idaho. The firm purchased The Selway Apartments in Meridian in 2013. The property features 171 units across 19 buildings.

According to Yardi Matrix data, Rudeen Development sold Selway Apartments in Meridian to Hamilton Zanze in 2013 for $16.7 million. The recent sales price was not disclosed.

“There was heavy demand for Boise multifamily assets over the last 18 months with record-level transaction volume for institutional assets,” senior director of transactions with Hamilton Zanze, Anthony Ly, told Multi-Housing News. “Apartment fundamentals remain strong and rent levels remain elevated compared to the last five years. We are grateful to have executed our business plan at Selway, allowing us to capture all this momentum.”

Selway Apartments include one-, two- and three-bedroom homes built in 2009. The average apartment size is 942 square feet. The property is 98.2 percent occupied, according to Yardi Matrix data.

Located at 2552 W. Selway Rapids, the community is situated in Idaho’s second-largest city. Through Valley Regional Transit, residents have access to Boise State University as well as major area employers. The nearest airport is 16 miles away while downtown Boise is 17 miles.

Hamilton Zanze has now completed nine dispositions this year, keeping busy across the nation. Last month, the firm set the record for the largest transaction in Colorado Springs, Colo., history. It acquired a 264-unit property for $110.9 million.

In Las Vegas, Hamilton Zanze sold a community for more than double what it paid. After completing renovations similar to The Selway Apartments, the company sold Alicante Apartments for $86.8 million.