Two years after breaking ground, the non-profit and its partners welcomed 15 low-income families into their new homes at Dean Street Residences in Brooklyn. 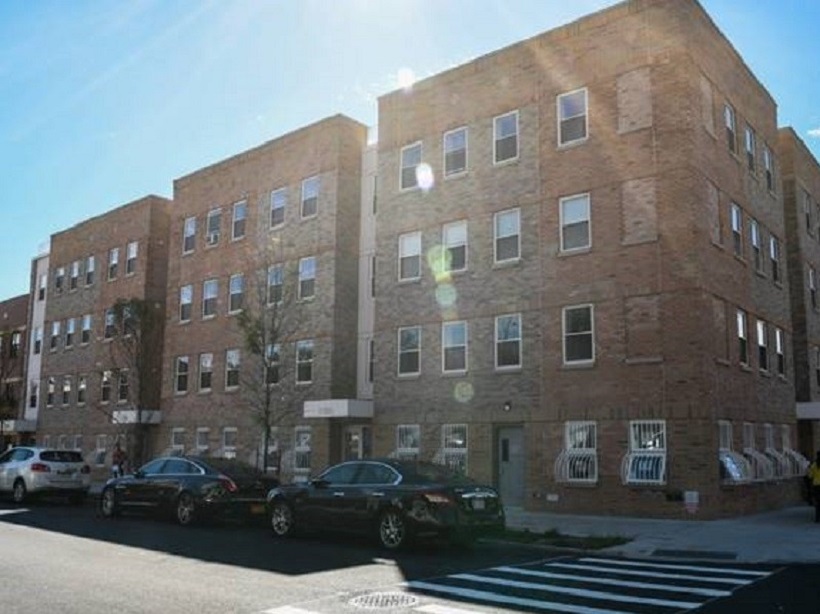 Habitat for Humanity New York City has completed Dean Street Residences, a 15-unit affordable community in the Brownsville neighborhood of Brooklyn. The project broke ground in 2016 and, during that time, more than 2,000 volunteers contributed to its construction.

Located at the corner of Dean Street and Mother Gaston Boulevard, the four-story property features two-bedroom apartments, available for purchase to low-income families. A landscaped backyard and laundry facilities are also included in the project. The building meets Enterprise Green Communities standards.

According to the organization’s website, Habitat home buyers invest at least 250 hours of “sweat equity” and a 1 percent down payment, and they have access to a 30-year, low interest, fixed-rate mortgages provided by the State of New York Mortgage Agency (SONYMA).

“Everyone should have equal access to quality, affordable housing, including the prospect of home ownership across every income category … My administration allocated $1 million towards the development of affordable housing units at Dean Street Residences for first-time homeowners,” said Brooklyn Borough President Eric Adam in prepared remarks.