McShane Construction Co. is building Apex 1100, a former office building in Clearwater that will include 134 units and 4,300 square feet of retail space. 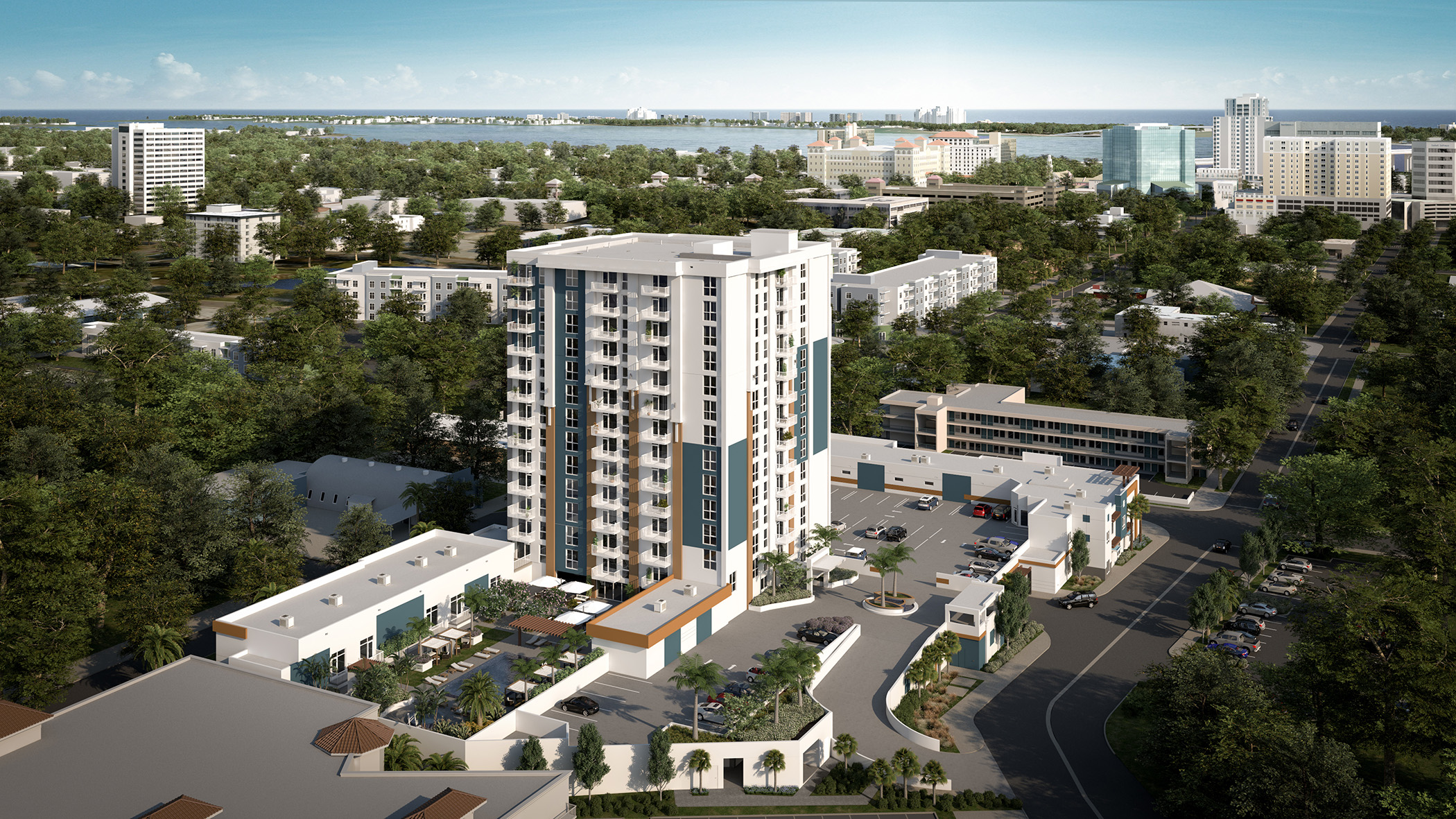 GSP Development is developing Apex 1100, a mixed-use building in Clearwater, Fla., that will feature 134 high-end units and 4,300 square feet of retail space.

McShane Construction Co. has been named the project’s construction firm.

Apex 1100 units will include two-story townhomes and single-story residential floor plans. The building will boast a stucco exterior on the tower and surrounding two-story storefront structures.

“Apex 1100 will offer a plethora of amenities to attract residents, in addition to adding much-needed housing options within the downtown submarket of Clearwater,” Scott Hoppa, McShane Construction Co.’s senior vice president, Southeast region, told MHN. “As residents relocate to be closer to their jobs, local businesses will benefit from the increased revenue stream.”

Located at 1100 Cleveland St., the project is already underway at the 2.1-acre site, and it will also include a two-story structured parking deck accommodating 202 vehicles.

The 15-story cast-in-place concrete building was originally built in the ’80s as an office tower but has been empty since 2009.

“Adding rental stock to an area where there aren’t many housing options can serve as a catalyst for economic development by attracting new businesses and residents—similar to what we are seeing in urban core areas throughout the country,” Hoppa said.

Kimmich & Smith Architects is the architecture on the project.

The construction company has worked with the development group on two other assignments in the Chicago area: Apex 41 is a luxury multifamily property and it is currently under construction with an office building in the O’Hare submarket.

“McShane Construction Company has been a leading multifamily contractor for over 20 years and this project undertaking is a great fit for the company’s expertise,” Hoppa said. “Adaptive reuse projects have also been an important part of the company’s culture and we are always excited to help transform urban areas through redevelopment.”

Last June, McShane Construction worked as the contractor on Park Place, an affordable housing development on the South Side of Chicago on behalf of Brinshore Development.