Officials from The KRE Group and National Real Estate Advisors were joined by Jersey City Mayor Steven Fulop to break ground on a three-tower, mixed-use development in Jersey City, N.J. 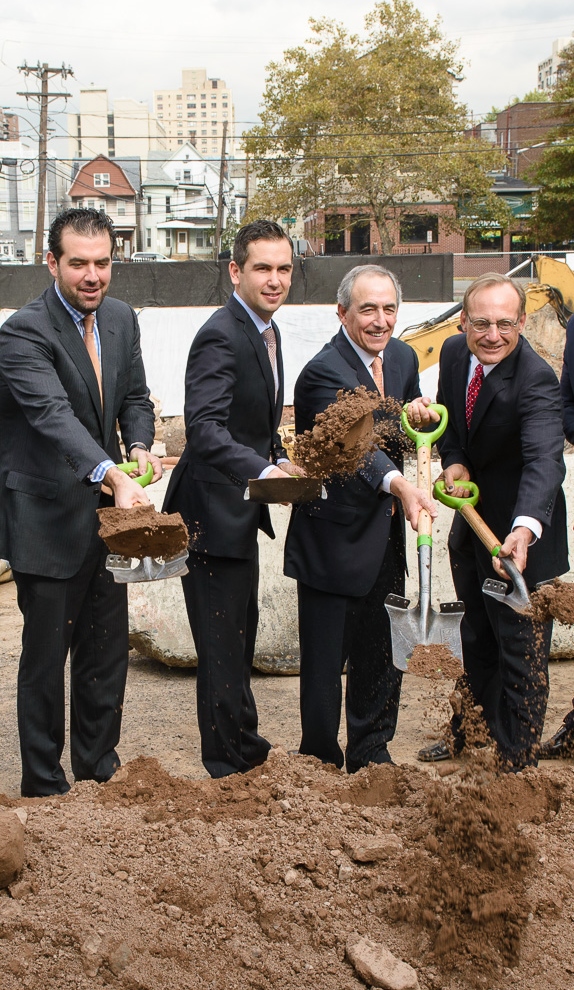 Jersey City, N.J.—Officials from The KRE Group and National Real Estate Advisors were joined by Jersey City Mayor Steven Fulop to break ground on a three-tower, mixed-use development Oct. 21 in Jersey City, N.J. The  project is being developed next to the Journal Square PATH Station and will stand as a beacon of revitalization for the transit-oriented neighborhood.

“This is an exciting day because this is really a game-changer for Jersey City in so many ways,” Fulop says. “This project is going to change Jersey City, and it’s certainly going to change Journal Square. When all three towers are complete, it will literally transform and recreate the entire Jersey City skyline. That is no small accomplishment and nothing short of something that the entire city should be proud of.” 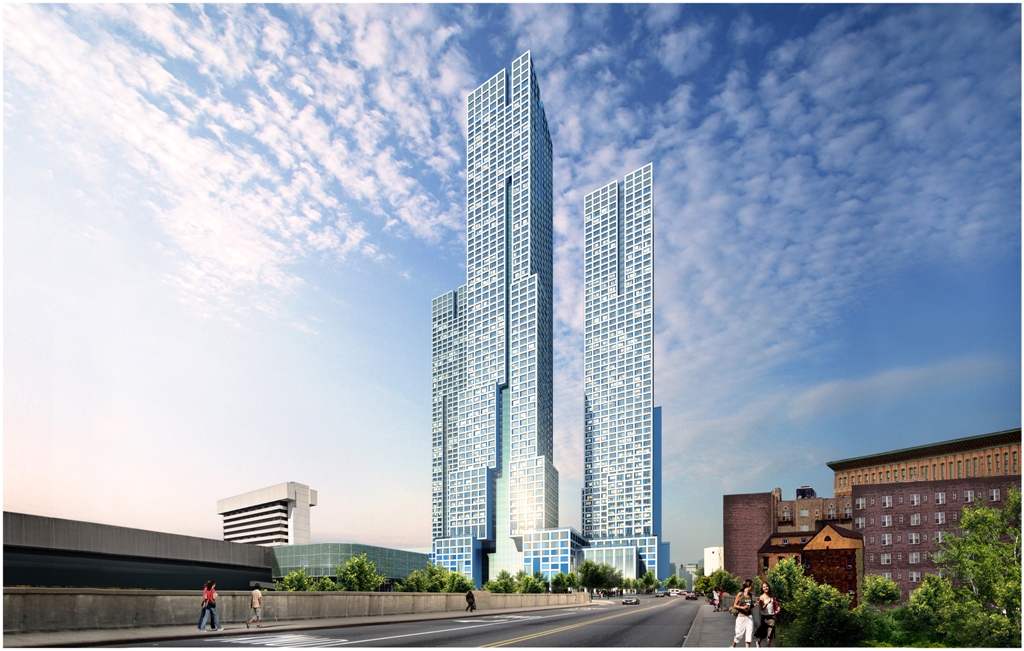 The development will be completed in three phases, with the first including the construction of a 53-story structure comprised of 538 rental units and more than 10,000 square feet of amenities. Residences created in Phase I will include a mix of studio, one-, two- and three-bedroom apartments and will vaunt upscale finishes and views of the Hudson River, Statue of Liberty, Ellis Island and the Manhattan Skyline.  Amenities for the first tower will include an outdoor swimming pool, a full-service fitness center, golf simulator, children’s playroom and a 2,000-square-foot

That building is expected to complete by the end of 2016.

The ensuing phases will add another 1,300 rental units between two buildings that will include 700 units in a 70-story building—to be the tallest residential building in New Jersey—and 600 units in a 60-story building (Phase III). The development will also include 920 parking spaces and LEED Certification will be pursued for all three structures.

The project was designed in collaboration between HWKN and Handel Architects, which intended to capitalize on the location’s proximity to the PATH station by including covered access to the station from the residential lobby entrance. In addition to the PATH station’s transit options, which offers rail commuting opportunities to lower and midtown Manhattan, Jersey City, Hoboken and Newark, there are also about 1,200 NJ Transit and private busses that serve the area daily.

One of the cornerstones of the development will be a new public plaza that will be constructed along the Magnolia Avenue entrance to the PATH Station that will include an open-space courtyard with trees and other greenery, as well as seating.

“While Journal Squared was designed to meet the ever-increasing demand for a desirable urban living experience near public transportation, the broader intent is to complement the existing mass-transportation infrastructure with new residential, retail and open space to create a well-balanced destination that becomes a center point for community live,” says Murray Kushner, chairman of The KRE Group. “We successfully executed this formula at our Grove Point development across the street from the Grove Street PATH Station in downtown Jersey City, and believe Journal Squared will achieve similar results, but on a much larger scale. This development will help Journal Squared reach its potential as a dynamic urban neighborhood for those who choose to live, shop, dine and work here.”

The development is anticipated to create more than 700 construction jobs and 20 permanent jobs.

“We are excited to be working alongside KRE Group on this transformative new icon for Jersey City,” says Jeff Kanne, president and CEO of National Real Estate Advisors. “We’re also proud that this new development will generate much-needed jobs for the people of New Jersey. We believe this project will spark a renaissance in the Journal Square neighborhood similar to what downtown Jersey City has already experienced, with increased economic activity and numerous new employment opportunities benefitting not only new residents, but the community as a whole.”