Greystar’s Robert Faith explains his company’s decision to acquire a student housing portfolio in the U.K. 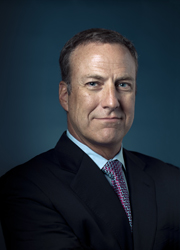 Greystar, the largest operator of apartments in the United States, recently acquired a student housing portfolio in the U.K. MHN Senior Editor Jessica Fiur talked to Bob Faith, founder and CEO of Greystar, about this international investment strategy, as well as the challenges—and opportunities—it presents.

Describe your new student-housing portfolio in the U.K.

Greystar worked diligently on a transaction to acquire The Opal Group portfolio during the first quarter of 2013. Shortly thereafter, the assets were placed into administration and over the ensuing months were sold by Opal’s various lenders and their respective administrators. Our U.K. team completed its first purchase of this portfolio in October of 2013; it was comprised of 21 assets (6,900 beds) that were sold out of the RBS administration process. This particular pool of assets is well diversified by both geography and income stream while also providing exposure to submarkets in major university cities such as London, Manchester, Liverpool and Leeds. Often times, assets sold pursuant to bankruptcy- or administration-related processes are broken in some way shape or form. The initial pool of assets we purchased, however, suffered primarily from an overleveraged capital structure at the parent group level, as opposed to obsolescence at the asset level. With that said, Greystar will invest heavily in these assets to provide the very best amenities and living experiences to our residents, similar to what we have done for the assets we own in the U.S.

On the heels of our initial purchase, an additional three London-based assets (1,100 beds) have been identified and placed under contract and will close on May 15th. This was an off-market transaction of three tremendous and well-located assets, not particularly easy for a new market participant with a limited track record in the country. Greystar’s investment management platform in the U.S. benefits from a long track record of performance and a reputation for delivering on its word. In the past five years alone, we’ve purchased $5 billion of assets here in the U.S. Acknowledging that any duplication of our hard-earned reputation in the U.S. over to the U.K. will naturally take time, our team is working hard at it.

How does the global student market compare to the U.S. market?

Much like the U.S., the U.K. has been a beneficiary of an increasing number of university students choosing to study outside of their birthplace. It’s ranked second behind the U.S. as the most popular destination for overseas students, mainly from non-European countries. Between 2002 and 2009, global international students in secondary educational institutions increased from 2.1 million to 3.7 million [according to Organization for Economic Co-Operation and Development (OECD)]. On average, 75 percent of these students choose English-speaking countries such as the U.S. and U.K. Jones Lang LaSalle predicts that by 2020, more than 7 million students will study in a country different than their own.

Domestic and international applications to U.K. institutions have been strong since the 2007/2008 academic year, with applications up 22 percent and accepted applicants up 12 percent over a similar period. However, isolating just international students, overseas applications are up over 50 percent between 2009 and 2013. While the U.K. is second to the U.S. as a recipient for international students, the U.K. has steadily gained market share, with the U.S. market share declining. We believe the increasing demand for an English-speaking education will continue and plan to develop a large portfolio of assets that will attract sophisticated consumers seeking a better experience during their time at school.

What challenges did you face?

The challenges we found were not only the normal logistical and reputational challenges that any company would face looking to build a new business abroad, but we’ve had to work extra hard to develop an understanding and appreciation for cultural demands and sensitivities. While we can surround ourselves with folks to advise us on tax-, legal- and jurisdictional-related issues, we’ve needed to work quickly to build a new network of relationships, both with industry counterparts and vendors, and also begin the process of hiring local professionals to join our team. Greystar has a long history and commitment to having local professionals run our local businesses. This commitment is underpinned by our investment in a new London-based office and a staff of approximately 20 local professionals to help build our property operations and management platform.

Do you have more plans to acquire international portfolios?

Our team is working hard to not only acquire additional assets but, in parallel, we’re developing a world-class operating platform and brand that will own and manage institutional student and other residential assets. We view this market as a tremendous opportunity for a well-capitalized owner/operator like Greystar to leverage 20 years of operational experience to deliver superior services and experiences in the U.K.