The company aims to "breathe new life" into the development. 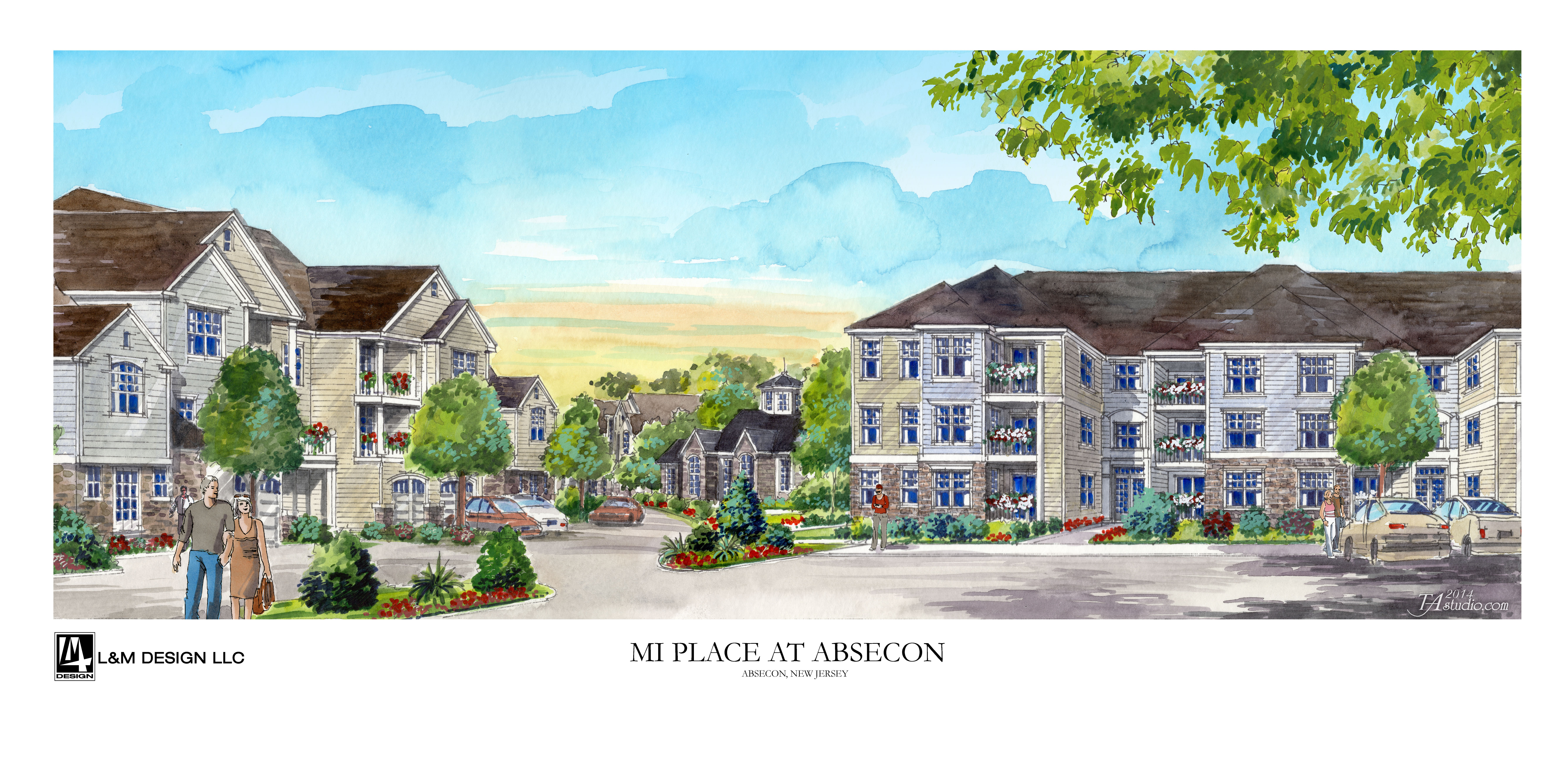 Jackson, N.J.—Fernmoor Homes of Jackson, N.J., has revived plans for a once-stalled Absecon, N.J., residential development, which is now known as MiPLACE at The Shore. Foxmoor Homes had planned the development as early as 2004, which originally called for a 264-unit age-restricted property; 42 units of which were built. Due to the economic downturn, the development was abandoned by Foxmoor in 2009, and eventually taken back by Amboy Bank in 2012.

Most recently the land and the 42 existing homes were purchased by Fernmoor Homes, which tapped L&M Design of Villanova, Pa., to breathe new life into the development with a modified plan. L&M had worked with the originally developer on the original design.

According to L&M partner Laura Staines Giardino, “Working in conjunction with Fernmoor Homes, Amboy Bank, and Steve Patron of Paradigm Realty Alliance, we’ve received approvals for a 442-unit rental apartment community, which doubles the density of the project, removes the age restrictions on the majority of the homes, and aligns more closely to the current economic environment.”

The property, which will consist of 14 three-story buildings, will offer private-entry stacked townhomes over flats, as well as elevator serviced buildings. It will include 100 age-restricted apartments (36 of which are affordable), 60 total affordable units and the 42 existing units with attached garages.

Residents can choose from one- or two-bedroom floorplans, ranging from 650 square feet to 1050 square feet. An existing 12,000-square-foot clubhouse will be renovated to remove an indoor pool and replace it with a resort-style outdoor pool and patio. The remaining space will be a multi-purpose area complete with fireplace, billiards, bar and media. A fitness center will also be included.