The alternative investment manager has teamed up with Donatelli Development and Blue Skye Development on the 262-unit multifamily community within an Opportunity Zone. 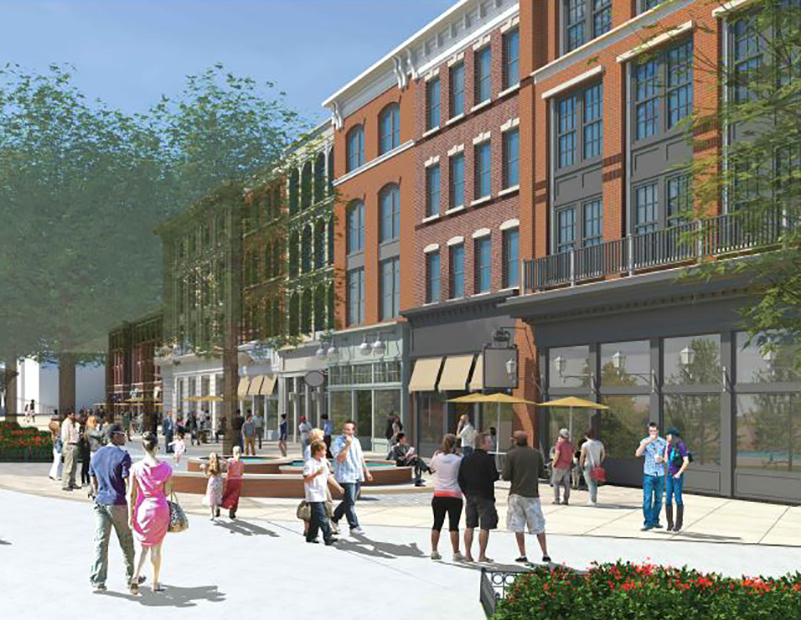 EJF Capital has joined forces with Donatelli Development and Blue Skye Development on a 262-unit multifamily community within a federal Opportunity Zone in southeast Washington, D.C. Eagle Bank is providing $59.5 million of construction financing for the project, which is being developed at an estimated cost of $95 million.

Completion of the project at the corner of 19th Street and Massachusetts Avenue S.E. is expected in August 2020. The new mixed-use community adjacent to the Stadium-Armory Metro station will also include 13,000 square feet of retail and will have an affordable housing component.

The community forms part of the master-planned redevelopment of the 67-acre Hill East site, less than 2 miles east of the U.S. Capitol and just west of the Anacostia River. The District of Columbia has been planning to overhaul the site, formerly home to D.C. General Hospital, for more than a decade.

Donatelli and Blue Skye were selected to build a mixed-use development on part of the site in 2013 and the team started construction last year. EJF recently joined the team as the equity provider. The project is expected to transform the neighborhood and generate 360 construction jobs.

Donatelli specializes in large-scale multifamily projects in emerging areas of D.C. and has a track record of delivering more than 4,400 multifamily units. The city’s multifamily rents grew by 2.8 percent year-over-year through February, trailing the national average amid strong supply, according to a Yardi Matrix report.

The new deal builds on a series of Opportunity Zone bets by EJF, which manages around $7.5 billion in alternative assets. Last year, the company formed EJF OpZone Fund I LP with a targeted capital raise of $300 million to $500 million and hired former Kettler Inc. executive Asheel Shah to head up the new strategy.

Partners of the firm have already made a “substantial” investment in the vehicle, which targets the federally designated tax incentive zones, according to a prepared statement.

EJF is co-developing a 173-key hotel within an Opportunity Zone in downtown Oakland, Calif., along with Tidewater Capital and Graves Hospitality. The alternative investment manager provided $50 million in equity capital for the development.

EJF has also teamed up with North Signal Capital to purchase a 510-acre, multi-phased industrial park project in an Opportunity Zone in western Jasper County, S.C. The planned facility will serve the Port of Savannah.