NOMA North Miami Beach, a 354-unit mixed-use project, will be the first of its kind to rise in the new urban town center on the city’s east side. 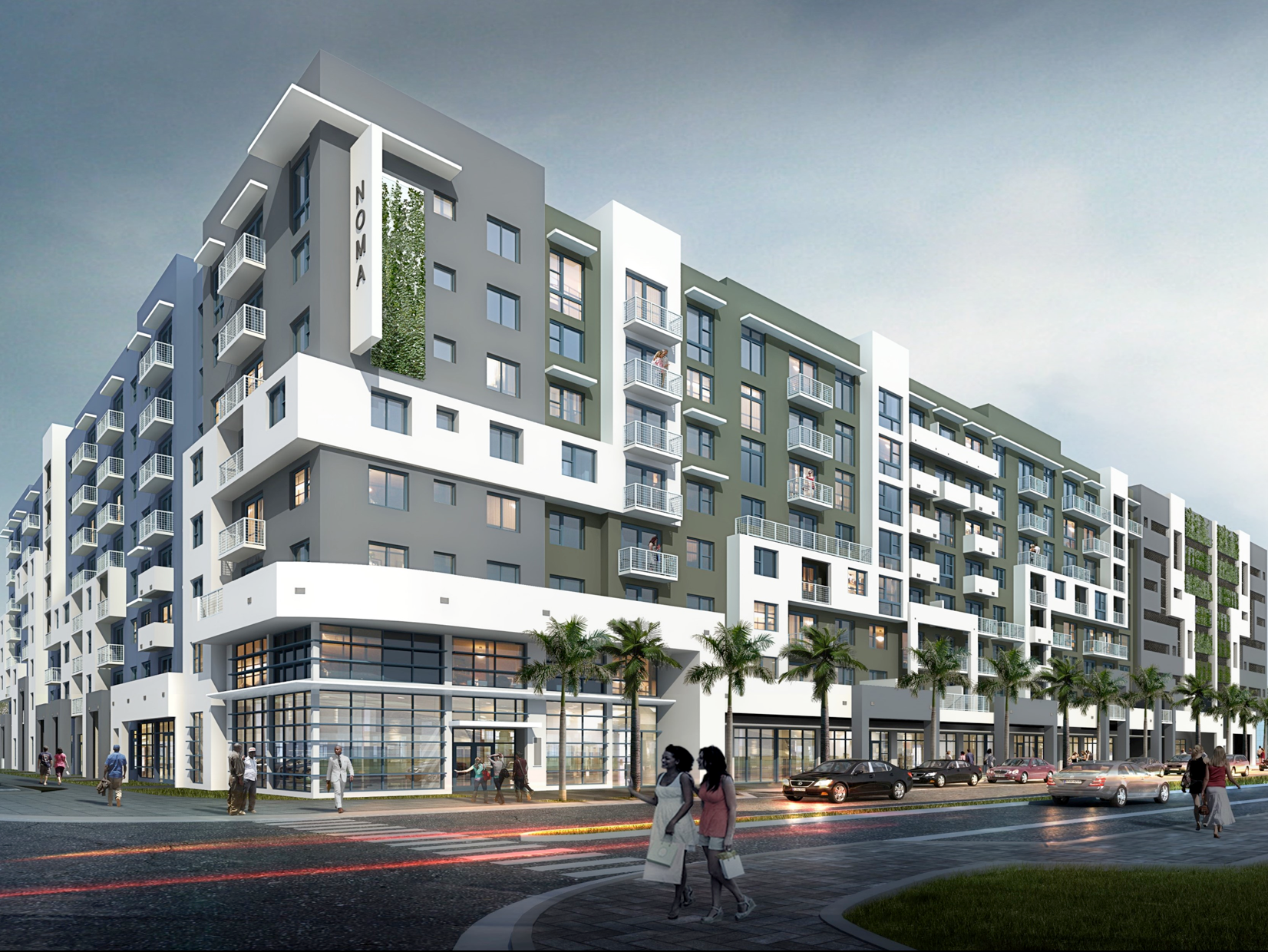 Coastal Construction is the general contractor, MSA Architects the architect of record, Bruce Howard Associates the landscape architect and IDDI Design International the interior designer. The development is slated for completion in 2018.

“The site is located in a part of northeast Dade County within the City of North Miami Beach that had not seen any new development in over 40 years,” Eden Multifamily president and CEO Jay Jacobson told MHN. “The city had just finished a major rezoning of their area, and the location became very intriguing to us given the lack of new supply and the overall demand for new residential in the eastern part of the city.

“The site was not broadly marketed. We knew that it had recently been re-zoned and we contacted the owners and made them an offer to purchase.”

NOMA North Miami Beach features a blend of studio, one-, two- and three-bedroom residences, as well as seven adjacent two-and three-bedroom townhomes along the greenway and commercial-retail-work space along NE 164th Street.

NOMA North Miami Beach will offer direct access to all significant job hubs in Aventura and Sunny Isles Beach, as well as convenient access to the downtown areas of both Fort Lauderdale and Miami. Residents will also find it easy to access area beaches and popular shopping destinations, among them the nearby neighborhood retail institution Laurenzo’s Italian Market, a local treasure for more than six decades.

“We typically underwrite our projects in this part of the market to a 6.5 to 6.75 percent untrended yield on cost,” Jacobson said. “Construction costs were a concern so we brought the contractor on board during the design process and developed a very efficient plan from the start. All in all, the project is being developed in a very low supply, limited competitive submarket, in an area that has significant demand.”