Crescent Perimeter will consist of 320 apartments and be situated within a 26-acre office park. 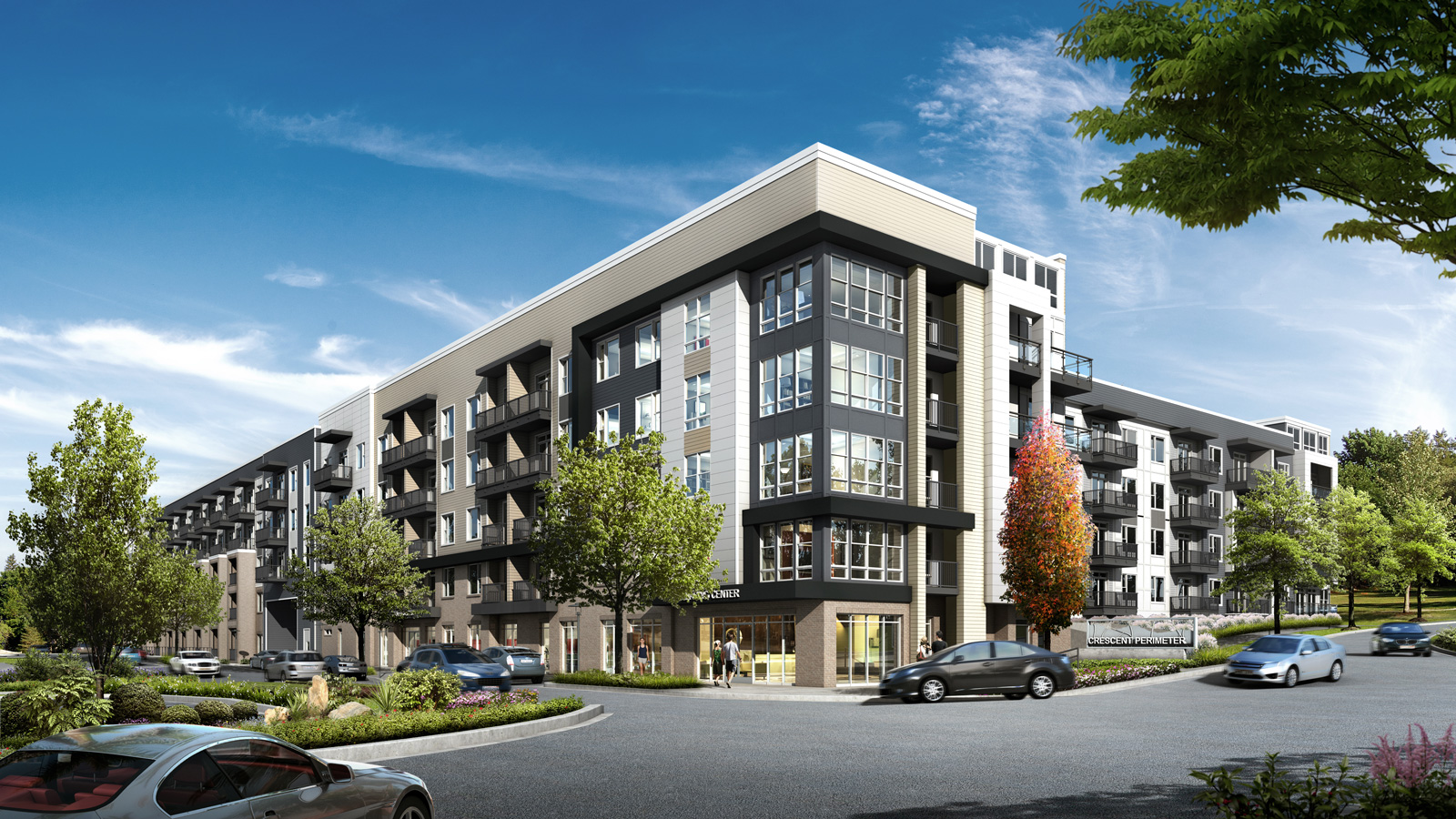 Sandy Springs, Ga.—Crescent Communities has secured financing for a multifamily rental community now underway in metro Atlanta’s Perimeter neighborhood. The property, Crescent Perimeter, will consist of 320 apartments, ranging from one to three bedrooms.

Located at 5755 Glenridge Road in Sandy Springs, Ga., Crescent Perimeter will be four and five stories surrounding a parking deck within the 26-acre Lakeside office park just north of I-285. Crescent Communities expects the first residents to move into Crescent Perimeter in the third quarter of 2018.

Crescent’s equity partner in the Crescent Perimeter development is Bluerock Residential, part of New York-based Bluerock Real Estate LLC. The general contractor is Fortune-Johnson Inc. of Norcross, Ga., while Fortune-Johnson is currently grading the site and preparing it for vertical construction.