The leadership team and crew working on the Upper East Side luxury development, The Charles, held a party to celebrate the building’s recent topping out. The 32-story condo building is being developed by Bluerock Real Estate LLC in collaboration with Ismael Leyva of ILA Architects and David Collins Studio interior designs. 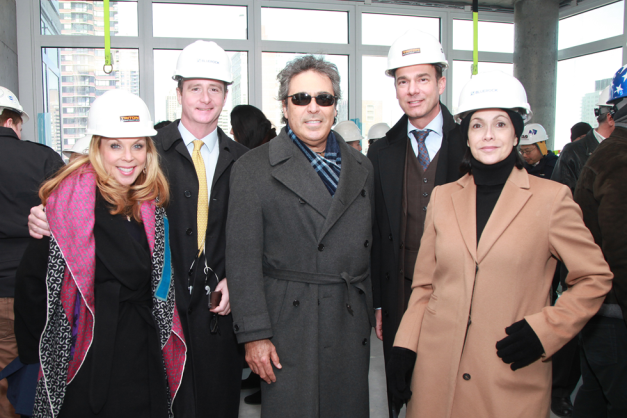 New York—The leadership team and crew working on the Upper East Side luxury development, The Charles, recently held a party to celebrate the building’s topping out. The 32-story condo building is being developed by Bluerock Real Estate LLC in collaboration with Ismael Leyva of ILA Architects and David Collins Studio interior designs. Construction is slated for completion this fall and sales, which will be exclusively handled by TOWN Residential, have already begun for the building’s 26 full-floor residences.

“Our vision was to bring new architectural energy to this area of First Avenue,” Ismael Leyva said last November. “This project represents a 21st century luxury residential development in one of New York’s most illustrious neighborhoods.” 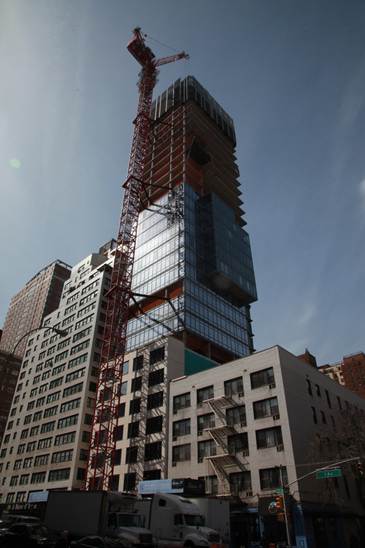 The building, located at 1355 First Avenue, will stand as a beacon of contemporary development in the Upper East Side, which primarily consists of pre- and post-war brick architecture. The New York Times recently quoted an unnamed source who suggested that the location and pricing of the units would likely dissuade buyers from purchasing at The Charles, but TOWN Residential Director of Sales Jason Karadus tells MHN that nearly 50 percent of the units are already under contract and have been, up to this point, sold off-site.

“The level of interest has been phenomenal,” says Karadus, who is working with fellow TOWN Sales Director Ginger Brokaw. “We are back to selling new development projects from floor plans, which nobody thought would ever happen after 2008. It is a sign of the strengthening market, a low inventory, and a fantastic product. We won’t be selling on site for about another month, and we have managed to sell 50 percent of the building off site. While we have had interest from investors and end users, all of the contracts signed so far are domestic end users, most of which came from the neighborhood. I think the exclusivity and privacy of living on an entire full floor with a private elevator landing and no shared walls is something that is more prevalent in SoHo or TriBeCa, but we have taken downtown loft living and brought it to the Upper East Side with full service. This is the only full floor product of its kind that is to be delivered and ready to move in this year.”

Homes at The Charles will span floors four through 32 and Karadus tells MHN that some buyers have already snatched up several floors to create multi-floor residences. Each floor plan in the building includes four bedrooms with some offering either four or 4.5 bathrooms. Square footage for each unit will range from about 3,100 to 4,350 square feet. The remaining 13 units to be sold start at $5.994 million and go up to $9.882 million. 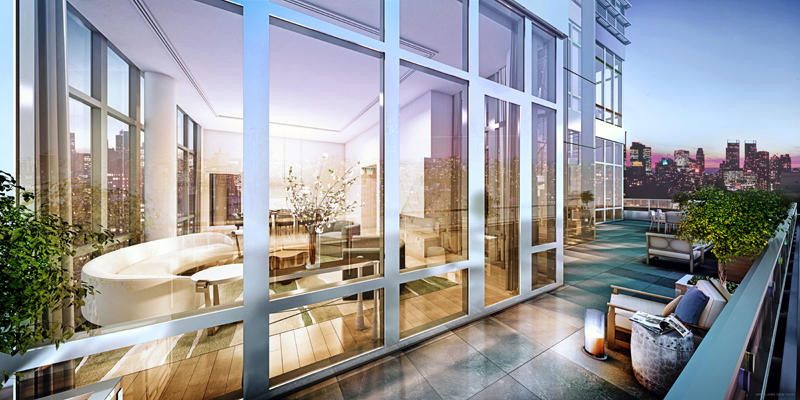 Each residence in the building will feature expansive floor plans with 9- to 12.5-foot ceiling heights and floor-to­-ceiling window-wall system, custom wood doors with metal and glass inserts, central HVAC system; radiant heading in all living rooms and all will be pre-wired for home automation systems. Units will be custom designed by David Collins and will include luxurious finishes such as white oak oyster gloss 5-inch engineered flooring, Lefroy Brooks polished chrome fittings and fixtures and door and fittings hardware from Valli & Valli.

The Charles will offer residents a 24-hour attended lobby and live-in super, as well as a lounge, a 1,000-square-foot gym, game room, private service entry for each residence and deeded private storage room for each residence. Refrigerated storage for grocer deliveries will also be available to residents.

“The Charles will offer a level of service that is generally found in buildings of 100 units or more, whereas here we will have just 26 homes,” Karadus notes.

With the top-off and structural components completed, The Charles is on schedule to begin closing and occupancy this fall.